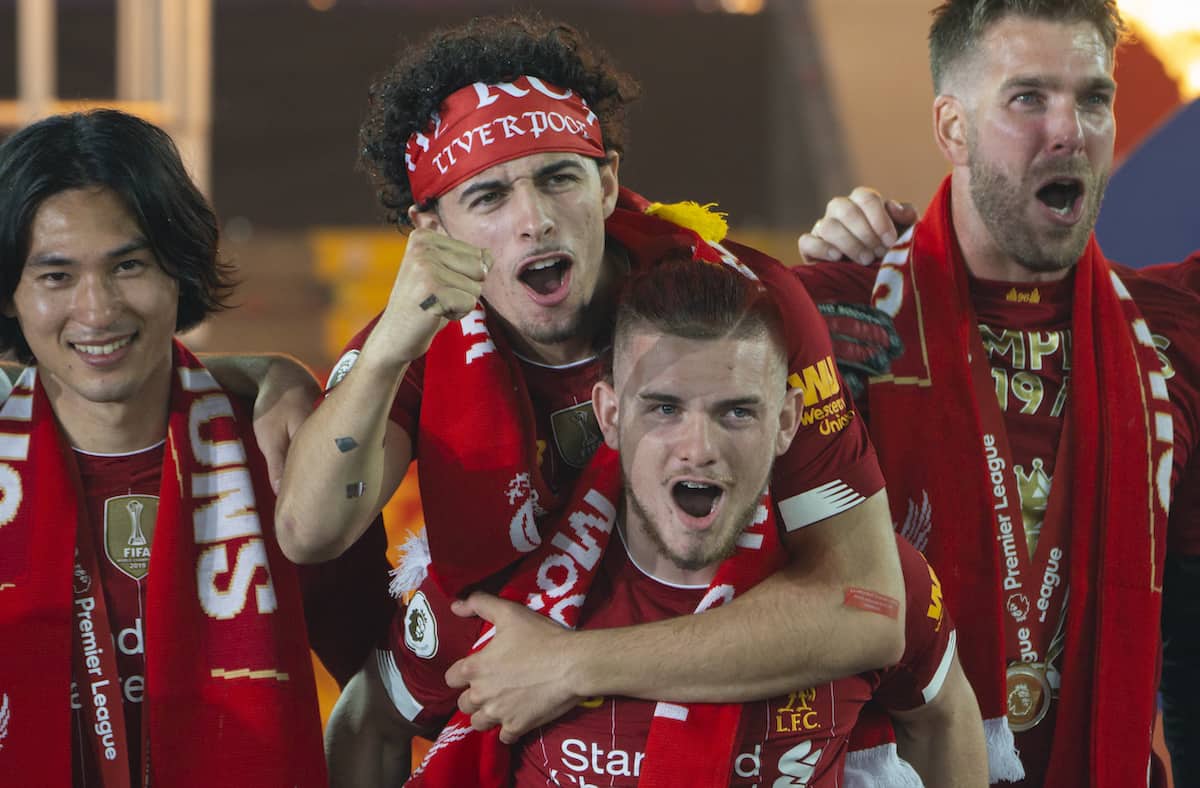 Liverpool’s evolution of their squad should provide more opportunities for youngsters Curtis Jones and Harvey Elliott, according to former defender Jamie Carragher.

The departure of Georginio Wijnaldum, 31 in November, at the end of last season has drawn criticism from a section of fans concerned at the loss of the club’s most consistent and reliable midfielder.

However, with a significant number of the squad which won the 2018-19 Champions League and 2019-20 Premier League titles aged 29 or over, there is a need to gradually introduce new blood to reduce the age profile.

A new contract for Fabinho on Tuesday, following on from Trent Alexander-Arnold’s four-year deal, with the likes of Alisson Becker, Mohamed Salah, Virgil Van Dijk and Sadio Mane also set to get extensions, is part of the long-term planning.

But the process of refreshing the squad has already begun with the arrival of 22-year-old centre-back Ibrahima Konate this summer and Diogo Jota, 24, last year.

It also offers greater opportunity for the likes of 20-year-old Jones and 18-year-old Elliott, who impressed last season on loan at Blackburn but, the PA news agency understands, will not be allowed to leave again as his integration into the first-team squad will begin in earnest.

“You want the team to evolve. You don’t want drastic change, revolution, and seven players have to go out because they’ve all come to the end at the same time,” Carragher, speaking at a Soccer Aid event, told PA.

“You want Wijnaldum to stay but I can understand it from the club’s point of view as well: there are a lot of players in that midfield getting to that age and maybe you want younger blood; more room for Curtis Jones, maybe, who is another player who will come in.

“I can understand it from both situations but there are a lot of players at that stage of two years to go with Liverpool around that 28-to-30 mark and we have possibly seen the first two or three of that (rejuvenation) with Jota and Konate coming in.

“I think there maybe one more before the window closes but over the next couple of years we will have to see a few more and that gradual evolving of that great Jurgen Klopp team will come to an end and hopefully he will be able to create another one before he goes.”

With another 29-year-old, Xherdan Shaqiri, expected to depart before the end of the transfer window, another place in the squad will be freed up – and Carragher believes Elliott is a perfect fit.

“He was outstanding last season, one of the best players in the Championship for such a young lad,” he added.

“I actually see Harvey coming in and taking the place of Shaqiri, really, who I think will move on, and he (Elliott) will have that role in the squad.

“It is interesting in pre-season he has played more central midfield than part of the front three because it’s always going to be difficult being a right-sided attacking player with a left foot when you have Mo Salah in front of you but he will get opportunities.

“He is a player of huge quality and I am sure he is going to have a massive Liverpool future and, when you have someone who has that quality, it doesn’t matter about his age, you have to give them their head.

“I’d imagine Harvey Elliott will be getting 15 to 20 games this season.”