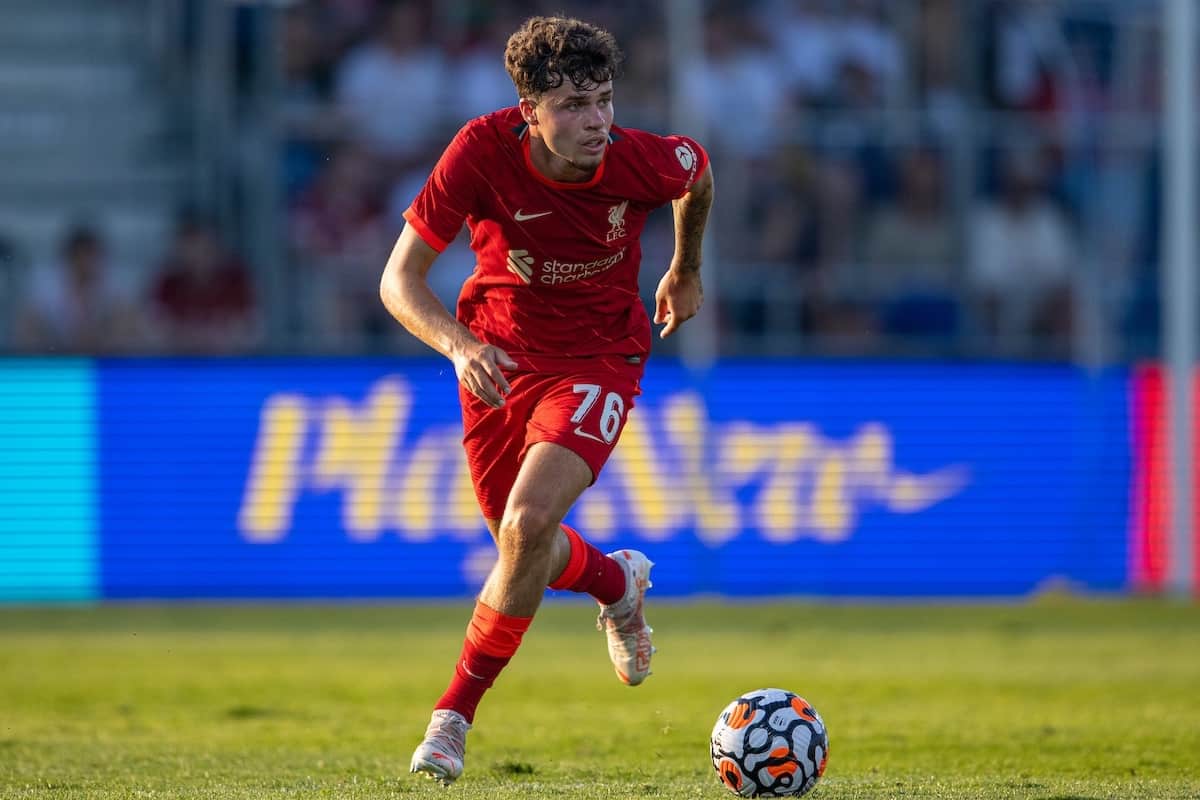 Speculation over a Neco Williams move away from Liverpool this summer has quietened in recent weeks, and one of the interested clubs has now signed an alternative.

Williams was a regular part of the matchday squad last season, included in 44 games, but only featured 14 times of which just nine were starts.

The 20-year-old’s position within the Reds’ right-back hierarchy was made even clearer on Friday as Trent Alexander-Arnold signed a new four-year deal to become one of the club’s highest earners.

In short, Alexander-Arnold is an undisputed first-choice starter under Jurgen Klopp, and at just 22 himself, could be set to stay in that role for the next decade or more.

According to reports, Williams was expected to inform Liverpool of his desire to leave in pursuit of regular first-team football upon his return from a post-Euros holiday.

But talk of a move away from Merseyside has cooled in recent weeks, with the Welshman featuring in the pre-season friendlies against both Mainz and Hertha Berlin.

Moreover, Williams’ proposed replacement as backup right-back, 18-year-old Conor Bradley, was omitted from the squad to travel from Austria to France for the second part of Liverpool’s warmup schedule.

Bradley will instead link back up with the under-23s squad at Kirkby, where he will take up a starting role with a view to progressing into the first-team setup later this season.

This would suggest that an exit is nowhere near close for Williams, and it could even be that speculation over his future was premature, despite interest from Southampton, Burnley and Leeds in a deal worth £10 million.

One of those clubs looks to have pulled out of the race, with the Guardian‘s Jacob Steinberg reporting that Chelsea right-back Tino Livramento will join Southampton for £5 million instead.

Saints manager Ralph Hasenhuttl had targeted cover in the full-back positions as a priority this summer, with both Williams and his Man United namesake Brandon considered.

But Livramento now fills that role, and will more than likely rule Southampton out the running as Williams’ options decrease with under a month to go until the end of the transfer window.

Speaking to LiverpoolFC.com upon his return to pre-season last month, the young full-back said he was looking to push on as deputy to both Alexander-Arnold and Andy Robertson on either flank this campaign.

“I’m just looking forward to what’s to come now. Every season you play it only gets bigger and bigger,” he said.

“Hopefully this season I can play a bit more, keep working hard and keep pushing Trent and Robbo, and hopefully get some game time.”

There is still a chance the academy graduate departs before 11pm on August 31, of course, but the likelihood of an exit is perhaps lower now than it was before.