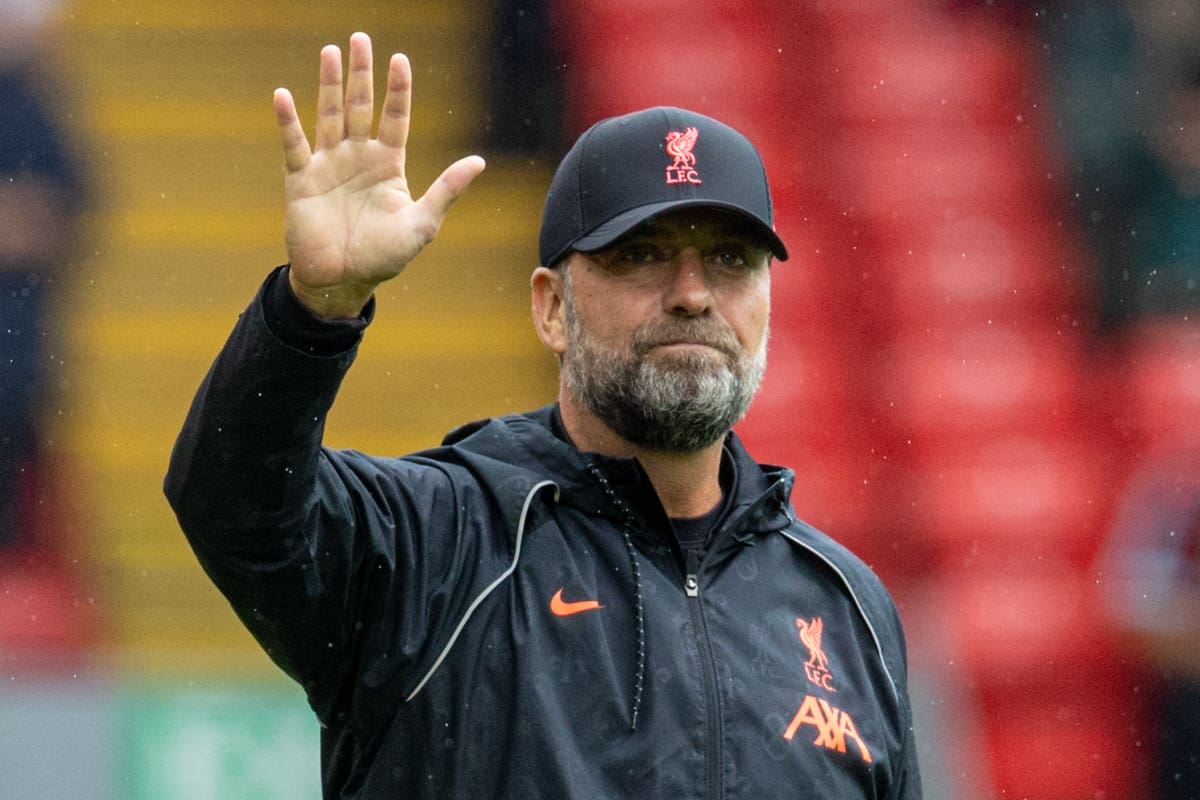 The clock is ticking for any deals to be given the green light, but Liverpool’s quiet summer is expected to remain that way with the deadline less than 48 hours away.

In the 61 days that the transfer window has been open, the Reds are far from in the running for the participation award having only added Ibrahima Konate to the fold.

For many, it was a window whereby a new addition in midfield and the forward line would represent the needed steps forward, especially following the departure of Gini Wijnaldum.

However, while close rivals have splashed the cash, Liverpool have instead invested in retaining the key components of the squad who have made them successful in recent years.

Credible links to possible targets have been few and far between, with Florian Neuhaus and Jarrod Bowen headlining possible options to strengthen the squad but to no avail currently.

There are now less than 48 hours until the window closes at 11pm on August 31, and the Atheltic’s James Pearce has reiterated that it is still “very quiet” on the incoming front.

“If it [a signing] happens it will be a real surprise. Not aware of anything currently,” Pearce penned in an Athletic Q&A on Saturday.

And while an incoming is unlikely, Liverpool should still very much have their finger on the pulse should an opening arise.

“I’d still be amazed if Liverpool didn’t have a few irons in the fire,” Pearce then told the Athletic’s Red Agenda podcast.

“From the people I’ve spoken to it’s always been if there’s a deal to be done before the window shuts that they believe offers decent value for someone who is better than we’ve already got then they’ll do it.

“I wouldn’t say there is no chance of another incoming, but it is very quiet.”

Jurgen Klopp himself said he was not expecting a busy conclusion to the window before the match with Chelsea and it remains likely, therefore, that Konate is the only major signing this summer – but many will not be opposed to a late surprise.