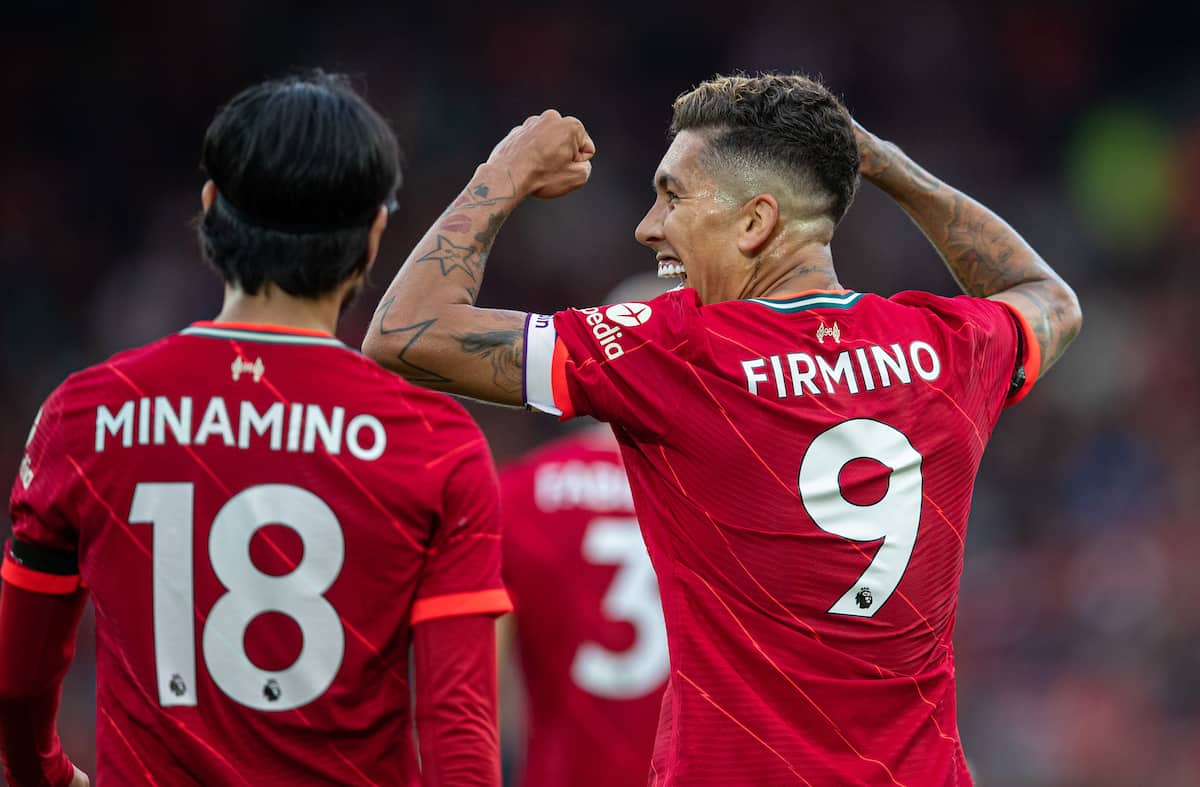 Liverpool wrapped up their pre-season campaign with a 3-1 win over Osasuna on a night both clubs remembered and honoured former player Michael Robinson. 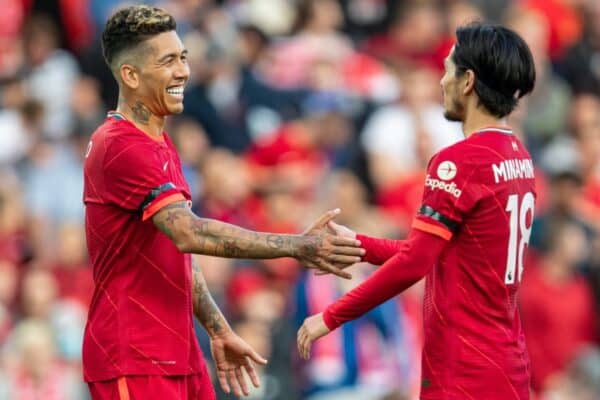 Few sights light up Anfield like our No9 smiling after a moment of skill or a goal, and it’s nothing to do with his pearly whites.

Bobby Firmino came back late after Copa duty and will have watched the other three forwards put in several sharp showings, with Diogo Jota – his main rival for starting games – notch a couple of goals.

It was fantastic, then, to see Firmino net a couple of brilliant goals: six-yard box area finishes, where some say he doesn’t get often enough, and both showed magnificent composure and timing.

Skill and work rate came as standard, of course. 60 minutes in the tank.

The midfield in pre-season has mostly been Milner, Elliott and Keita – for the start of the season at least, there is definitely a minimum of one position up for grabs in the centre of the park.

He was driving forward with regularity, took on players in the centre and out wide, crashed in one brilliant shot and won back possession with some really intense pressing, several times in the first half.

Ox looks fit, sharp and really fired up to win a starting spot back.

A Kostas of two halves

Basically, we’ve got Roberto Carlos on our hands here. He even belted a free kick into the wall.

Going forward, our Greek Scouser is a tank. He’s incredibly powerful in the dribble, very quick to surge into space, hugs the touchline and has a really impressive whipped cross. Another assist to his name tonight.

But…there are definite deficiencies on show defensively, where he can be caught at the moment with runners inside him or when forwards attack his post – that’s how Osasuna scored tonight.

Restarts could be better, too, from throws and corners.

There’s a big chance coming up with Robbo sidelined, so let’s hope the improvements come quickly in those areas which need it.

There are the four, then Rhys Williams who will probably go on loan, Nat Phillips who might be sold and Ben Davies who could do either one.

So, of the quartet, which start against Norwich? A train of thought suggests Van Dijk was alongside Matip – a guarantee for the XI, surely – because they’ll be the starters, but it seems improbable. He has only three short appearances after a 10-month lay-off, only just reaching an hour of game time this week.

The more likely scenario is Konate and Matip pair up on the opening day, as there’s no rush to get Gomez and Van Dijk back immediately – and both still have to knock a considerable amount of rust off, too, as has been evident in the past couple of weeks. 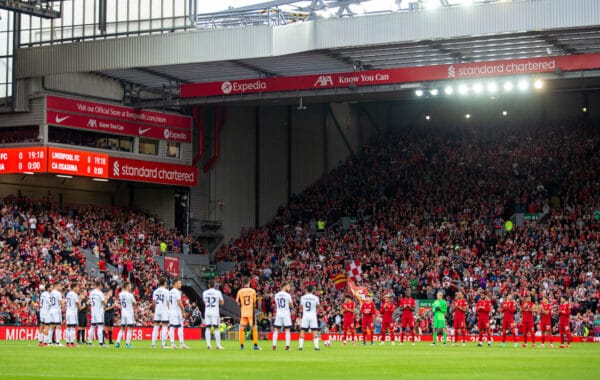 Positives abound elsewhere, too, with the Kop full again and respects paid to a fine football personality.

Youngsters like Kaide Gordon, Owen Beck and Leighton Clarkson really showed their abilities, while Ben Woodburn simply looks like a Thiago-lite every pre-season.

When will it come together for him in a loan spell? Hopefully soon, for his sake, as he can’t rely on Klopp’s trust forever.

It’s over to the real stuff now though, and none of those are likely to be involved beyond a surprise bench spot when we head to Carrow Road.

Fitness is increasing and there are a few more big training days ahead, then Klopp has to make his calls.

Bring on the new season.