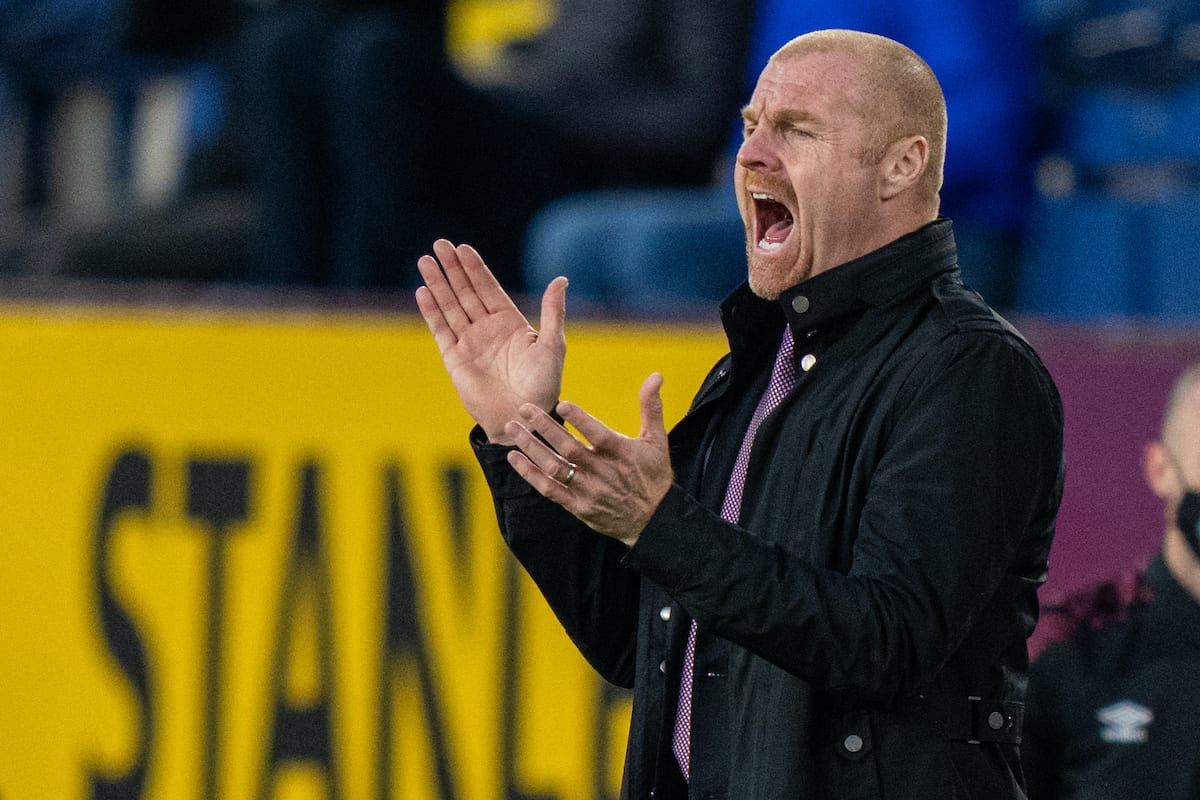 Sean Dyche has hinted at an unlikely change of approach from Burnley at Anfield on Saturday, insisting that “the best form of defence is attack” against Liverpool.

Burnley earned their first victory over the Reds in four-and-a-half years when Ashley Barnes’ dubious penalty put a weakened home side to the sword for a 1-0 win at Anfield in January.

It was a shock result, and the second defeat in a run of six in 10 Premier League games between New Year and the end of February, with Liverpool suffering without their first-choice centre-backs.

Now, Jurgen Klopp‘s side are in much better shape, with Virgil van Dijk, Joe Gomez and Joel Matip all fit and Ibrahima Konate joining from RB Leipzig, beginning the campaign with a 3-0 thrashing of Norwich.

In front of over 50,000 home fans for the first time in 529 days, Saturday will be a big occasion for Liverpool – and it would be even more remarkable if Burnley came to attack.

That is what Dyche suggested in his pre-match press conference, telling reporters that their aim is to “put doubt” in their hosts.

“The best form of defence – although not easy when you’re away from home in the Premier League, especially against these sides – is to attack,” he explained.

“It’s how many attacking options you can find, how many different ways you can find to attack – or attack enough, of course – to put doubt in the opposition.

“It’s not an easy task, but it’s certainly part of our intention.”

Dyche went on to reflect on last season’s win at Anfield, and urged his Burnley squad to “try to turn around” perceptions of them as underdogs in games against big Premier League clubs.

“I thought last season was a better time [to play Liverpool],” Dyche admitted.

“I wouldn’t say it was a good time, because they’re still a great outfit even when they have injuries and stuff.

“They can still put out a side that looks a very, very strong side.

“I just think that last season they had a bit of topsy-turvy [with] injuries, and of course Van Dijk is a Rolls Royce player when he’s fit, so you miss him.

“We maybe caught them at a slower period, let’s say, when they weren’t quite firing, and we delivered a good performance and earned the right to win the game.

“But there’s absolutely no guarantee you do that again.

“We’ve just got to concentrate on what we do, focus on what we do, work very, very hard – you always have to at these clubs – and once again, try to turn around the kind of thinking from most in football that you’re going to get beat.

“We’ve got to get the mixture right to give ourselves a chance.”