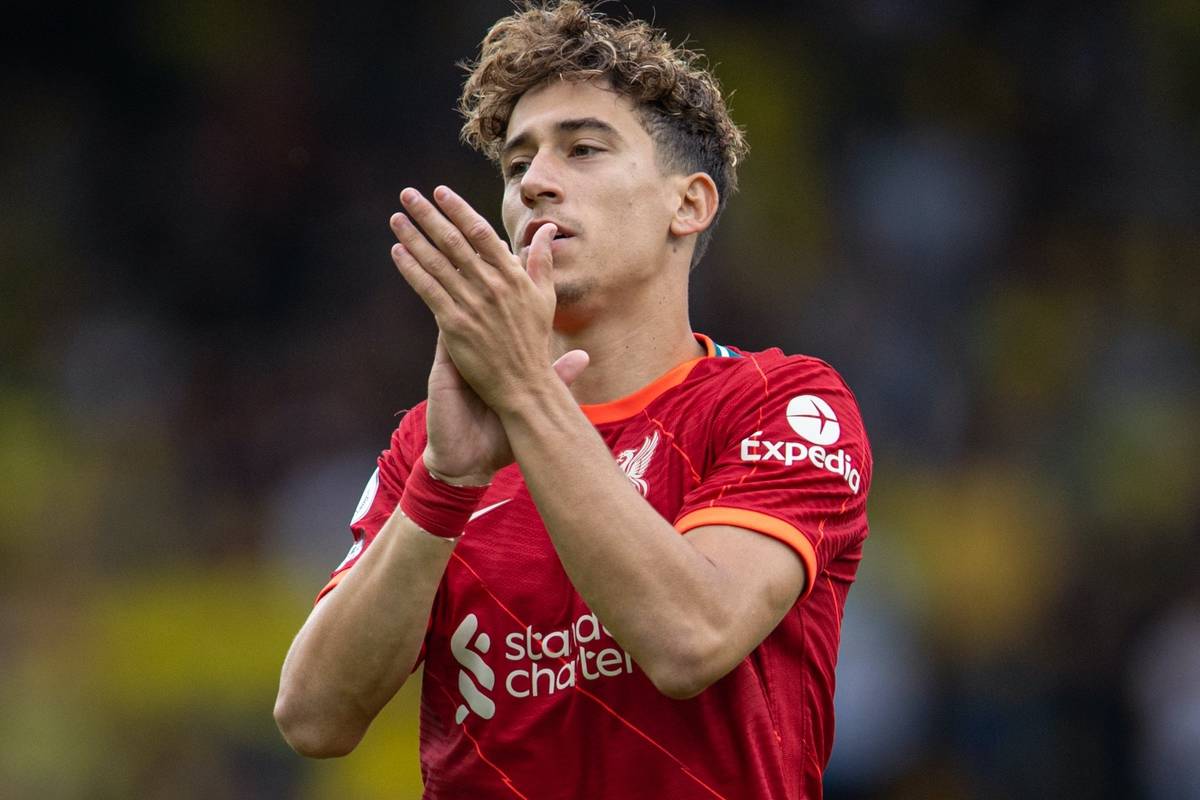 Jurgen Klopp was full of praise for Kostas Tsimikas after the left-back made his belated first Premier League start for Liverpool in Saturday’s 3-0 win at Norwich.

Circumstances kept Tsimikas out of the side throughout his first season with the Reds, and now circumstances have handed him a prime spot in Klopp’s starting lineup.

With Andy Robertson currently sidelined with an ankle injury, the manager has turned to his backup left-back to start the campaign, with the Greek making his first start in the Premier League at Carrow Road.

It came after a promising pre-season, and completing the full 90 minutes, Tsimikas has already played 15 times more in this league season than he did in the previous one.

By and large, it was a strong performance from the 25-year-old, though a few lapses appeared late on, and speaking to reporters after the game, Klopp expressed his satisfaction at a “really good debut.”

“Very good, I would say for at least 80 minutes he was very good,” he said when asked about Tsimikas’ performance.

“[He] played good, was involved in our defensive stuff, defended well – then obviously somebody pulled the plug a little bit!

“But that’s normal after long a period. 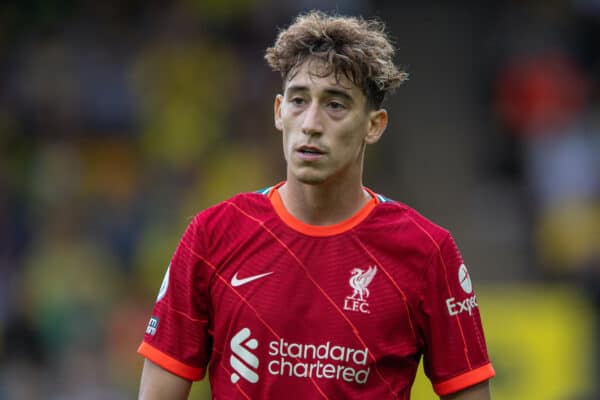 Though Klopp’s lineup in East Anglia saw both Virgil van Dijk and Joel Matip return to the side after injury, there was still a deviation from what may be considered his strongest XI.

Tsimikas and midfielder Naby Keita are two players not widely seen as first choice in their respective roles, but Klopp singled the pair out as positives from the night.

“Virgil back after ages, Kostas playing the first game – his first start – Naby in a really good shape,” he said, listing reasons for optimism.

“All this kind of stuff is really important for us, and that’s why I’m really happy.”

Tsimikas is in line to keep his place for at least the next two games, with it unlikely that Robertson is back until after the September international break.

In reality, the Scot could be kept out for even longer, and though it remains a big blow to Liverpool, the form of Tsimikas can give Klopp and fans faith that the left flank is locked down Robertson’s absence.