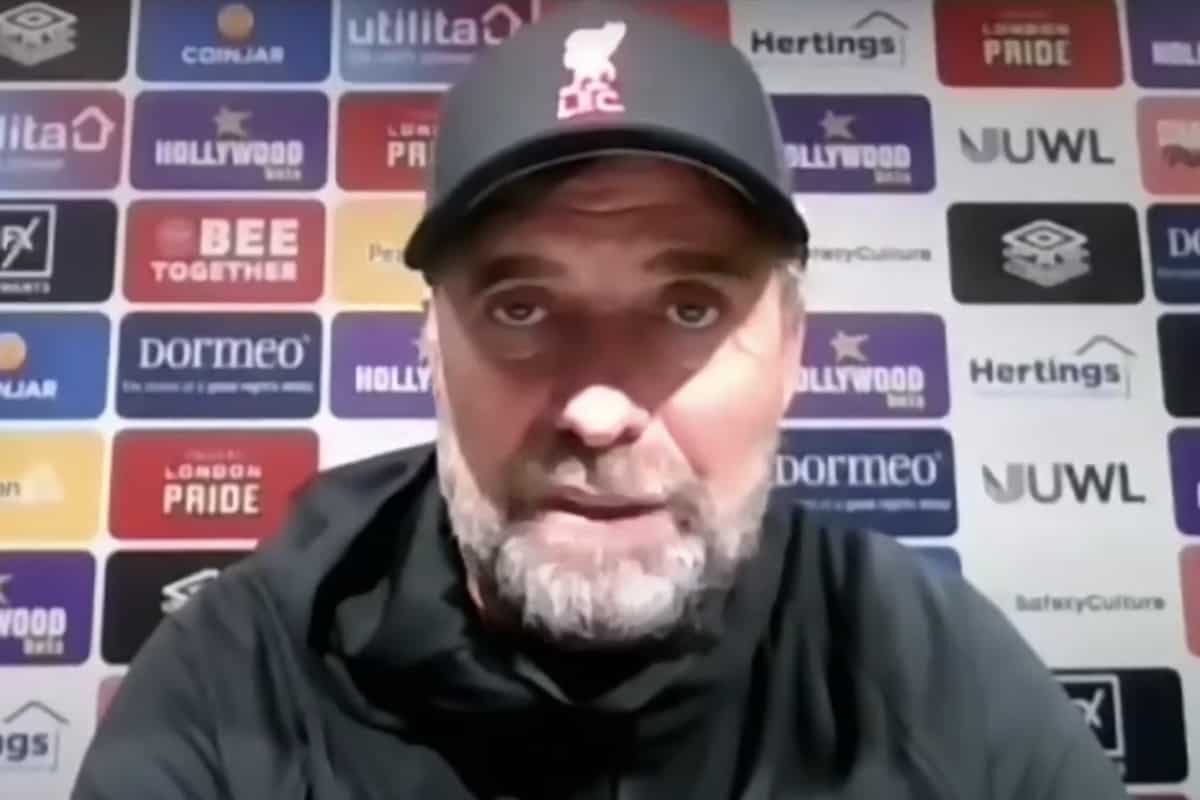 Jurgen Klopp had plenty to ponder after Liverpool’s 3-3 draw at Brentford, with defensive frailties and chances converted and missed all on his mind.

Here are four things the manager had to say to the media and supporters in his post-match press conference:

1. “In moments we played some of our best football this season”

The Reds had three goals next to their name for the sixth time this season but still left a lot out there at Brentford on Saturday.

A total of 16 shots would be taken with six on target, but there were plenty to rue despite the heroic efforts of David Raya.

And in the forward half, the manager was pleased with what he saw.

“A wild game. Offensively, I’m really happy. I think, in moments, offensively we played some of our best football this season.

“We created top chances against a really well-organised side.”

They “didn’t finish the game off” but three goals should be enough to win a match, but defensively it was far from Liverpool’s best. 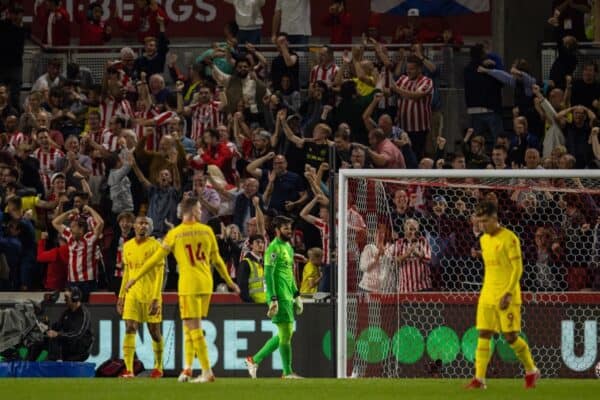 Three goals were conceded and it could have been more. Brentford dominated the air, disrupted Liverpool’s game and then won the second balls.

It made for a tense and chaotic tussle all night and, for Klopp, it was a clear area where the Reds were unsettled.

“We struggled tonight with the long balls…I was not too happy with how we started the game and that’s how we conceded.

“We could have been more organised and more composed to win the little challenges.

“They stayed in the game and they did really well with these balls [and] with the first and second balls.”

He’d just scored the goal to put Liverpool 3-2 ahead with 23 minutes remaining and was a notable standout in midfield, but was hooked merely moments later.

Roberto Firmino would take his place as the Reds changed their formation to a 4-2-3-1 as Brentford “only played long balls” and “we needed a clear structure” as “we didn’t really need a third midfielder.”

The change would “give them another thing to think about” and the manager was pleased with how the change led to the creation of a handful of “massive chances” even if they went begging.

4. Another Salah milestone, another 100 shirt?

With his goal, Salah would net his 100th in the Premier League for Liverpool merely two weeks after the same milestone in the top-flight.

It led to more “exceptional” calls from Klopp as he questioned if another shirt with 100 on the back would be needed!

“We all know in the future when people look back people will speak about some players in this team and speak 100 percent about Mo Salah as well.

“His numbers are insane, incredible. But I know Mo and he is now sitting in the dressing room and thinking about the two chances he missed.

“Probably the next target is to be the quickest player to 150 goals.” You wouldn’t bet against it!