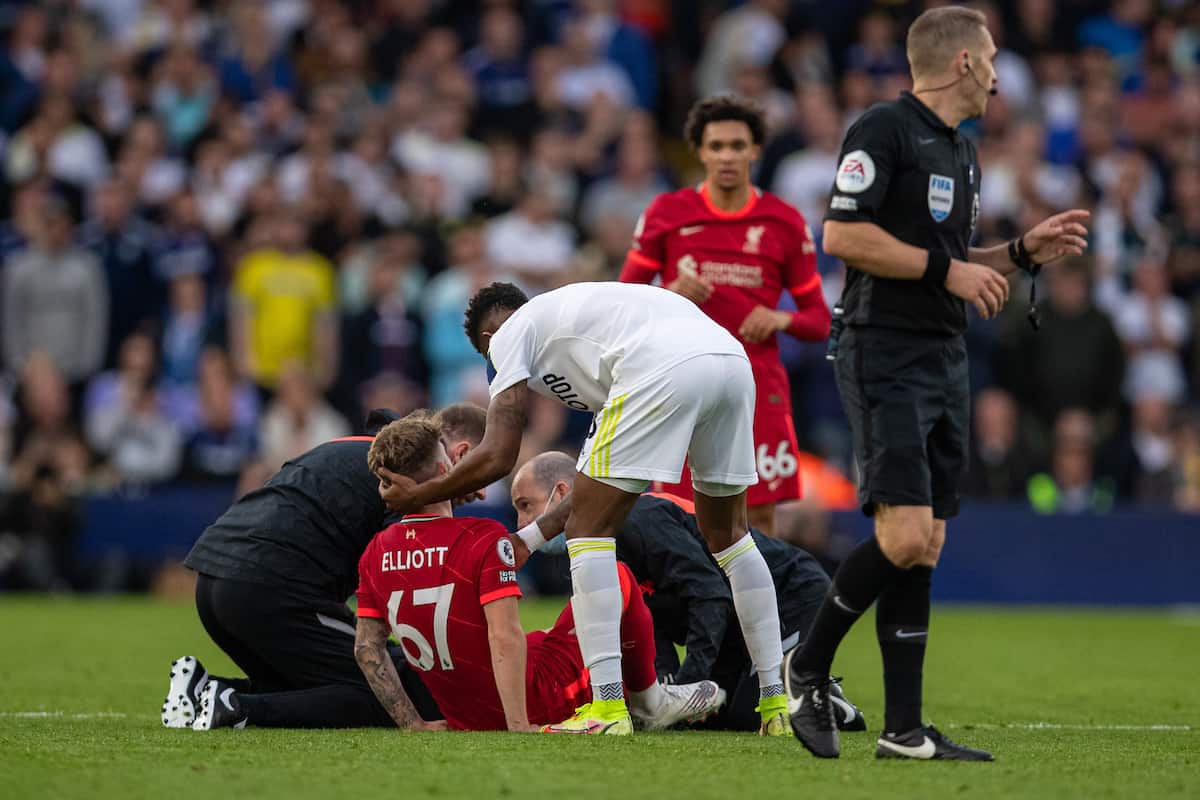 With youth and very little previous history with injury, Harvey Elliott‘s recovery from an ankle dislocation has two early boosts, but all will depend on the extent of further damage.

Elliott had to be stretchered off the field at Elland Road on Sunday after a challenge from Pascal Struijk saw his left ankle bear the wait, where it ultimately was dislocated.

Those attending to the 18-year-old on the field were able to put his ankle back in place before he was taken to Leeds General Infirmary, where he was later discharged and now awaits surgery.

Jurgen Klopp was emotional when speaking of the injury post-match and his recovery timeline will now rest on how much damage was sustained to the area around his ankle.

He is in the best possible shape to bounce back from the horrible injury, but physiotherapist Dr. Rajpal Brar explains how his return date can only be determined once the extent of the injury is known – with many factors in play.

“The injury has been confirmed as an ankle dislocation, which almost always involves an ankle fracture as well as potential ligament and cartilage damage,” Dr Raj said on his YouTube channel3CB Performance.

“The player is scheduled for surgery on Tuesday to further stabilise the ankle along with addressing any other damage.

“The full severity of the injury, in particular, the extent of ligament and fracture damage will determine Elliott’s return timeline.

“Physically, the key for Elliott will be maintaining range of motion and then building up strength and fitness levels.

“At just 18 years of age, time is on Harvey’s side and he has minimal previous injury history and limited wear on his body. Both of which will help in recovery.”

The mental battle will be another hurdle to overcome, but Elliott has already nodded to the overwhelming support he has and will continue to receive from Liverpool’s “incredible support network.”

Further to that, sportsinjuryexplained on Instagram provided some tentative return timeframes dependent on possible outcomes from the injury.

A dislocation with no fracture would see an absence of three to four months, a fracture with dislocation up to six months and any further extensive damage or setbacks would push beyond the six-month mark.

But the point to hang on to from Dr Raj is that “Although ankle dislocation-fractures look bad, they typically have good outcomes in terms of healing and return to play and performance, unless there’s nerve damage or further complications.”