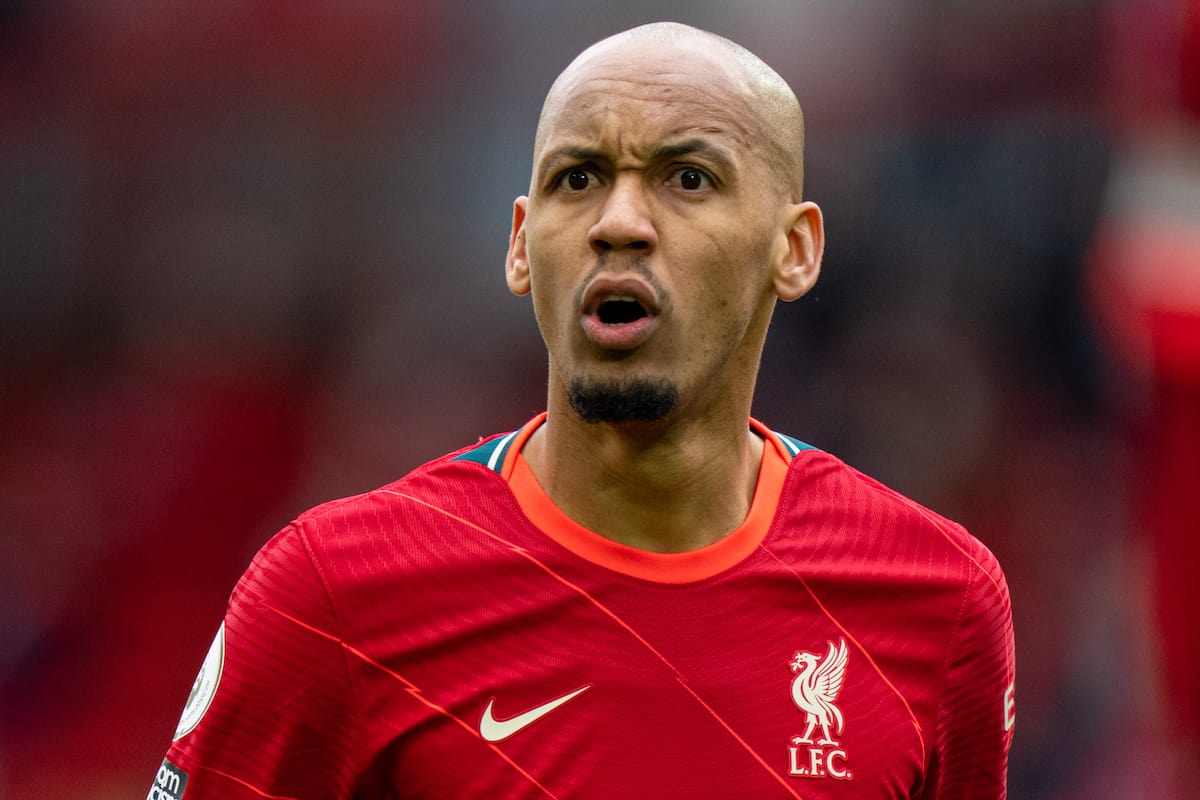 After missing the international break with Brazil, Fabinho is eager to play every game as Liverpool prepare for the start of a busy three-games-a-week schedule.

The Reds are back in action on Sunday, away to Leeds, with clashes against AC Milan (September 15) and Crystal Palace (September 18) to come at Anfield in the space of seven days.

It will be an unrelenting schedule for Liverpool upon their return this weekend, with seven games to play in 21 days before the next international break in October.

They will play across three competitions, with a League Cup third-round tie at Norwich also on the horizon, and Jurgen Klopp is likely to rotate throughout.

One of his most likely mainstays is Fabinho, who sat out of Brazil’s World Cup qualifiers against Chile, Argentina and Peru this month having seen his call-up blocked, and the midfielder is ready to play a key role.

“It will be really intense, it will be tough. But we’re ready for this,” he told the club’s official website.

“I didn’t go to the national team so it will be almost two weeks without playing, so I want to play again. I want to play in the Premier League and the Champions League.

“I’m excited for this moment, we will play each three days, so everyone needs to be ready. The manager will need every player.

“The mentality of the group is really good, everyone is ready for this, everyone is in good shape. So we’re very excited for this moment.”

Liverpool’s decision to reject call-ups for those players who would be travelling to red-listed countries has paid off, with Tottenham and Aston Villa now facing uncertainty after releasing theirs for Argentina duty.

But according to Brazilian outlet Globo Esporte, the issue could arise again as early as next week, with Brazil manager Tite hoping to name Alisson, Fabinho and Roberto Firmino in his squad for October.

Brazil play Venezuela, Colombia and Uruguay in World Cup qualifiers next month, with each country they will travel to currently on the UK government’s red list.

There has been a suggestion that the Brazilian FA could pursue sanctions against Premier League clubs for denying call-ups, which would require a formal complaint to FIFA.

As it stands, though, Fabinho and his compatriots are likely to remain on Merseyside to the benefit of Liverpool, as they look to bring their strong form into a congested fixture list.