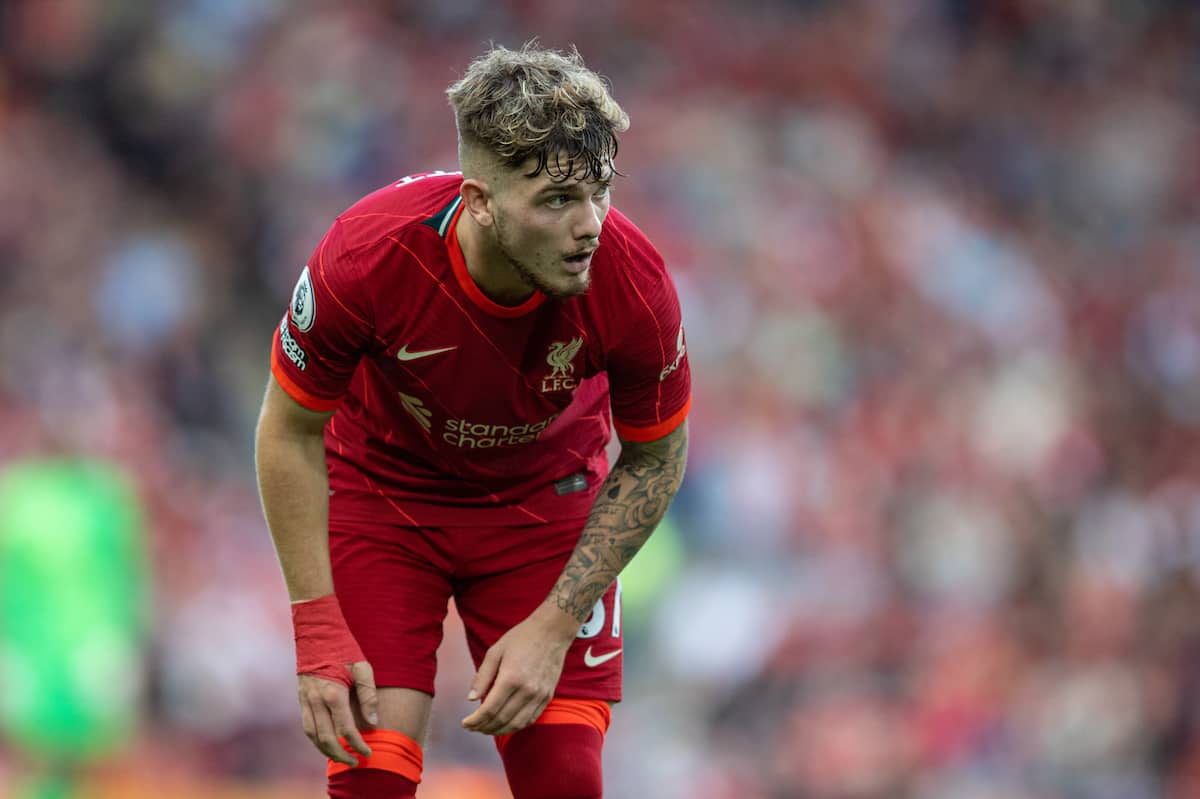 Liverpool’s injury list has increased with Harvey Elliott pulling out of the England under-21s squad, with less than a week to go until the trip to Leeds.

Elliott has started each of the last two games for Liverpool, having also come off the bench on opening day against Norwich, impressing in his new midfield role.

The 18-year-old certainly didn’t look out of place in the 1-1 draw with Chelsea, and his progress was rewarded with a first call-up to the England U21s squad for September.

However, it transpires that Elliott suffered an injury at Anfield and has been forced to pull out of international duty before Tuesday’s clash with Kosovo.

The FA have confirmed that the youngster was “unlikely to play any part” in the U21 Euro qualifier, and has returned to Merseyside for treatment.

Liverpool see his withdrawal as a “precautionary measure,” according to The Athletic‘s James Pearce, and “the hope is that he will recover in time” for Sunday’s meeting with Leeds.

Roberto Firmino, Takumi Minamino, James Milner and Neco Williams are already on the injury list, while there have been travel issues for Naby Keita while away with Guinea.

Under a week from the transfer deadline, which saw no further signings at Anfield beyond centre-back Ibrahima Konate and 16-year-old Bobby Clark, the depth of Jurgen Klopp‘s squad is already under question.

Mohamed Salah, Sadio Mane and Diogo Jota will all start against Leeds – unless any further fitness issues occur – but beyond the first-choice trio there is a shortage of quality in attack.

In the absence of Firmino and Minamino, Divock Origi is the go-to alternative, while Elliott, Alex Oxlade-Chamberlain and youngster Kaide Gordon are the only other feasible options.