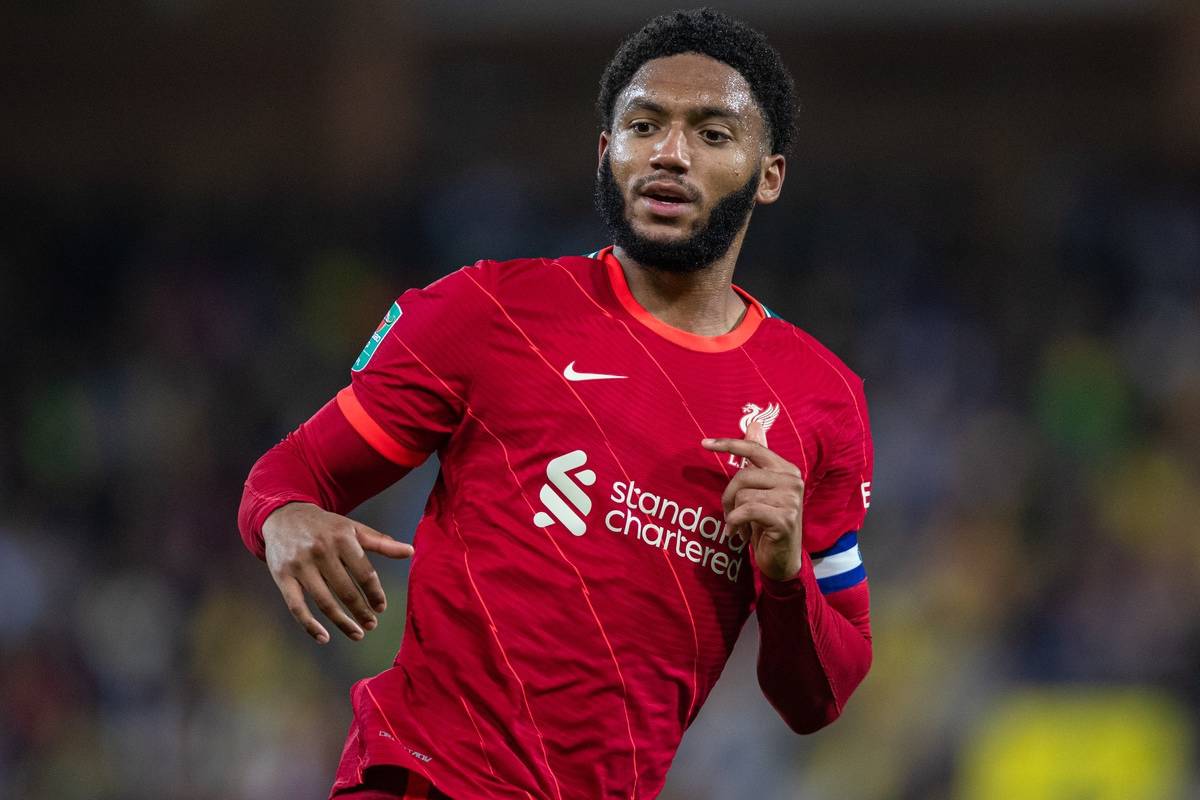 Liverpool centre-back Joe Gomez is eager to make up for lost time but will be patient in his efforts to win back his regular starting berth this season.

The England international formed a formidable partnership with Virgil van Dijk during the 2019/20 campaign when the Reds stormed to the Premier League title before a tendon injury to his left knee in November ruled him out for eight months.

Fully fit again now, ex-Charlton defender Gomez completed his second 90 minutes of the season in Tuesday’s 3-0 win at Norwich in the League Cup third round after he also started the recent Champions League victory over AC Milan.

While Van Dijk is currently partnered by Joel Matip in the league, the 24-year-old insisted he will be equipped if boss Jurgen Klopp does give him the nod in the top flight soon.

Gomez told the official club website: “I know I’m at a top team, with unbelievable players around me and part of that is just trying to play your part to push them. Aside from that, it’s just patience.

“I’m enjoying being part of it and being fit. I’m at a great facility with great people, a great club. I’ve got to enjoy that and just be ready for when the time comes.” 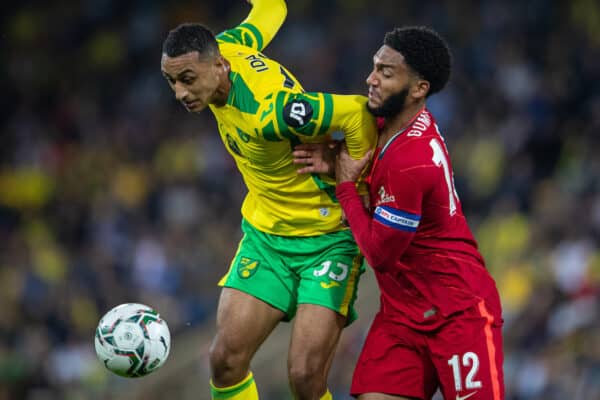 Klopp’s faith in the £3.5 million ace was demonstrated at Carrow Road where Gomez captained Liverpool for the first time, beating the likes of Alex Oxlade-Chamberlain, Naby Keita and Divock Origi to the honour.

Injuries have at times blighted his six years at Anfield but this latest milestone occurred during an assured display against Norwich where he crucially deflected over Adam Idah’s effort at the end of the first half after the hosts had missed a penalty with the score only 1-0.

“We knew it wasn’t going to be easy, but to come away with a clean sheet and be as clinical as we were was really positive,” Gomez added.

“It was a massive honour [to be captain]. Obviously after the period I’ve had, the different injuries and coming back, I’m relishing every minute and on top of that, to be able to captain the side was unbelievable. I really enjoyed it.” 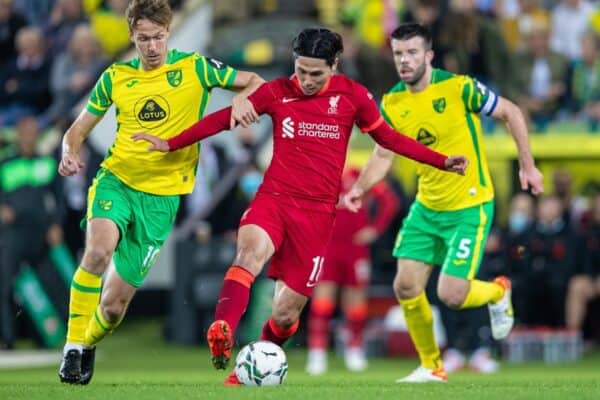 Takumi Minamino’s brace sent Liverpool through to the fourth round with Origi also on target to end his 12-month goal drought.

It could have been different had Christos Tzolis scored his 42nd-minute penalty but Caoimhin Kelleher saved with his legs and Norwich manager Daniel Farke did not hide his disappointment with the Greek international not the designated penalty taker for the night.

“A naive error from a young player,” the Canaries boss said of the 19-year-old.

“We all know what he is capable of but discipline and sticking to what is planned is also important. I was not happy and I have made it crystal clear.

“He was unbelievably emotional and excited but that’s what happens with young players, they take the wrong decisions and I was a bit annoyed that none of my older players was aware that he shouldn’t take the penalties.

“I do love this guy and Christos will be an important player for us in the future and in general he had a really good performance.

“But believe me after I have spoken to him, he will never do this mistake ever again in his life. He has apologised.”