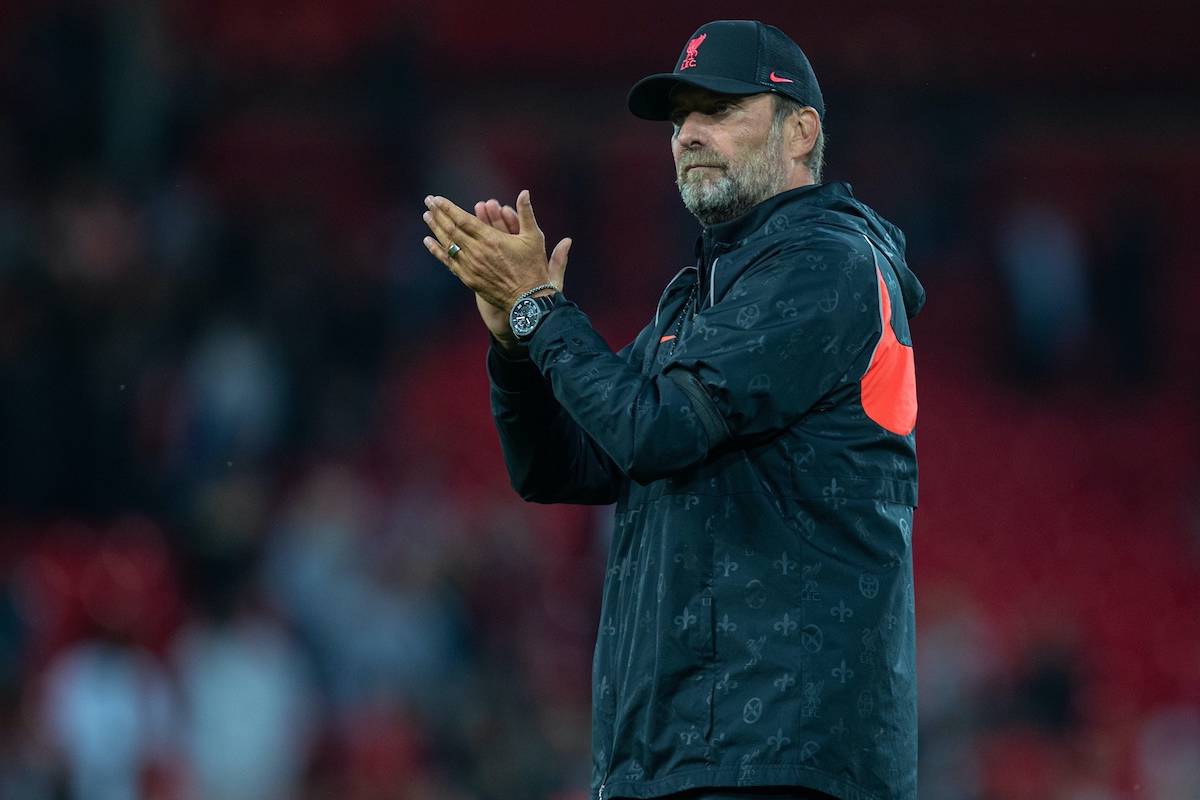 Jurgen Klopp has reiterated his desire to take a break from football once his time at Liverpool is up, with the manager keen to experience a “normal life again.”

The manager will have been at Anfield for just under nine years when his contract expires in 2024, and his eagerness to take a step back has been reiterated once more.

It will be a day Reds will dread as Klopp thrust the club back to the top of English and European football where it rightfully belongs, but his role is certainly a demanding one.

And while the international break affords him a rare mini-break, the manager remained on media duty in Germany and his future attracted attention once more.

He was quick to distance himself from talk of a Bundesliga return or taking the helm of the German national team as he instead pointed to at least a year away from the pressure that his role entails.

“When the contract in Liverpool ends, whenever it will be, I first have to find out what it is like to lead a ‘normal’ life again,” Klopp said in an interview with RTL.

“A year off. I’ve never had that. But I’m deeply relaxed there. When you’re out for a year, it can also be a good thing that maybe no cock crows at me, which is perfectly fine.

“What I do is unbelievable fun. I really enjoy what I do. The only problem is that in my job you have no end of the day, no chance to switch off.

“Do I really have to have that into old age? I don’t know.”

Klopp, of course, prematurely ended a sabbatical from the game when he took up the Liverpool job less than five months after his time at Borussia Dortmund ended.

It is understandable then that he wants to take off the manager hat having not stopped since taking over at Mainz in 2001.

And we may be clutching at straws but that the manager did not specifically say 2024 when nodding to his Liverpool contract ending and instead said “whenever it will be,” could mean the door is left ajar.

The focus, however, will be on the here and now as there are still three seasons to navigate, ones that will be crucial to the evolution of the team and any succession planning.