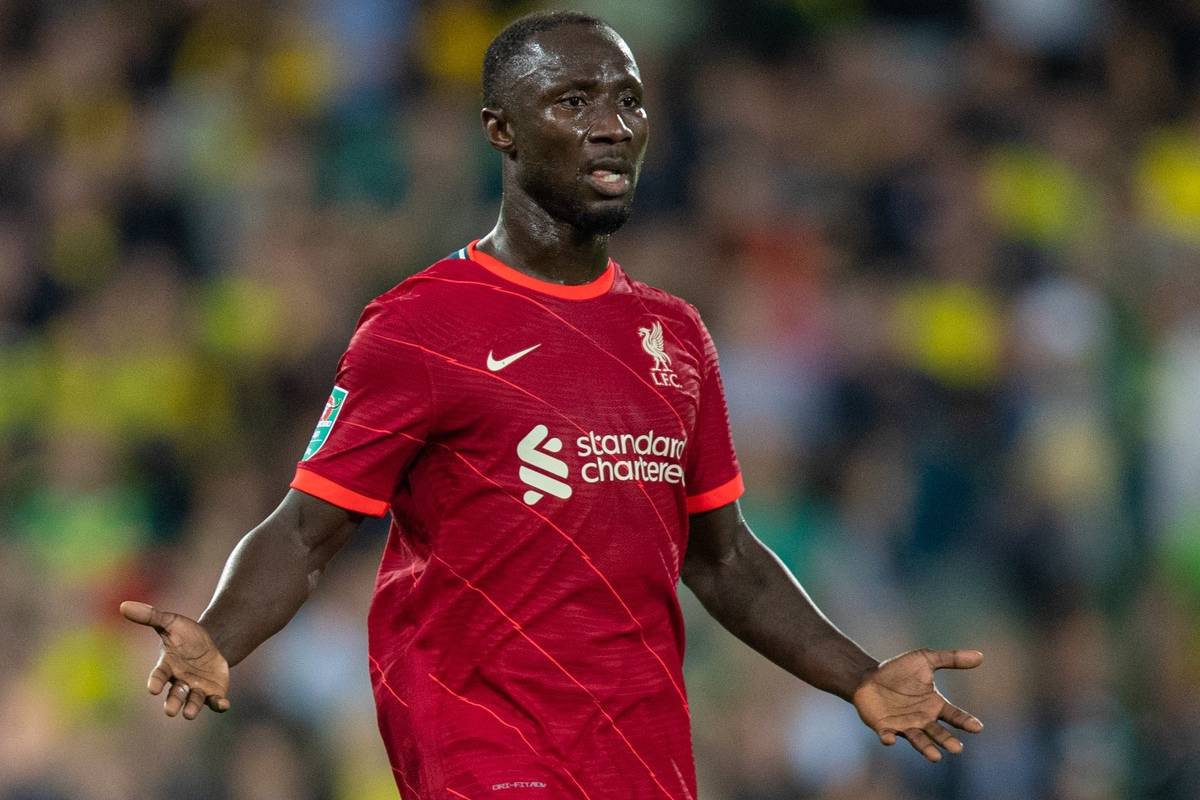 Naby Keita was withdrawn at Carrow Road at half-time after a mixed first-half display, with Jurgen Klopp saying the decision was a cautious one after a minor incident.

The No. 8 was making his sixth appearance of the season after being named in a much-changed lineup for the League Cup third round tie at Norwich.

With Curtis Jones and Alex Oxlade-Chamberlain named alongside him, Liverpool struggled to find rhythm and connection in the middle of the park.

Keita himself struggled to stamp his authority on proceedings on a night where Norwich fielded five players under the age of 21 in their starting XI.

A change in midfield had been expected to tighten things up, with the 26-year-old the one not to return after the half-time break as Tyler Morton was introduced to shuffle the pack.

And while tactically it made sense for Liverpool, Keita’s withdrawal was one that was taken with risk management in mind after he made contact with the turf and felt the impact.

“Naby in the first-half kicked [the turf] and I don’t think it’s serious but we didn’t want to take any risks. That’s it,” Klopp told Sky Sports post-match. 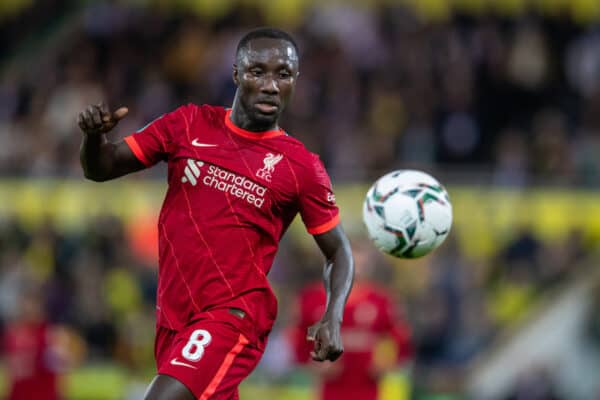 It’s far from ideal but Liverpool were right to err on the side of caution, especially when you consider Klopp lost both Harvey Elliott and Thiago as midfield options within the space of a week.

With just four days until the trip to Brentford in the Premier League, the hope will certainly be that Keita will be firmly in the mix for selection with Klopp not sounding particularly pessimistic about the situation.