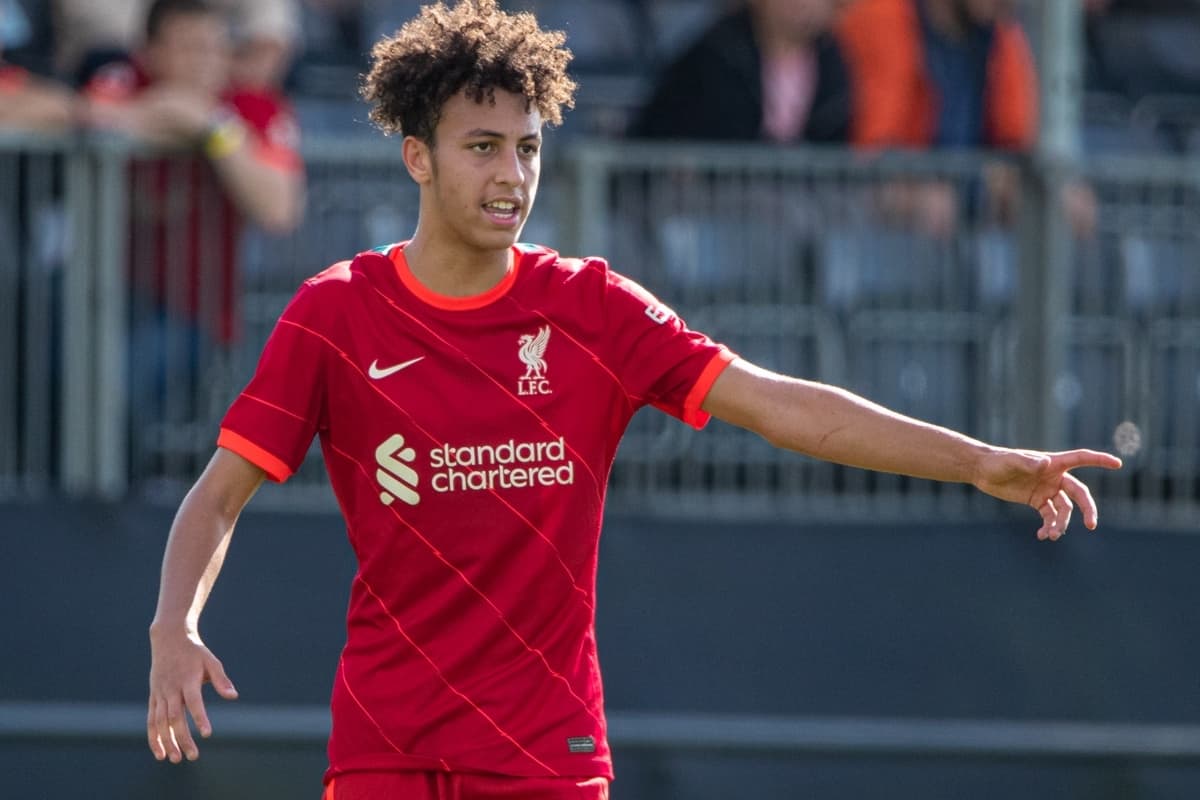 Kaide Gordon was omitted from the Liverpool under-23s squad to play Leeds on Sunday, with the 16-year-old lined up for a potential first-team role against Norwich.

Gordon has been a mainstay for the U23s so far this campaign, but has also trained with the first team on a number of occasions having impressed throughout pre-season.

The young winger made five appearances during the Reds’ warmup fixtures, clocking more minutes on the pitch than the likes of Curtis Jones and Divock Origi.

He could be lining up alongside them in midweek, however, with Gordon anticipated to take part in the League Cup third-round clash with Norwich on Tuesday night.

With the U23s hosting Leeds in on Sunday, Barry Lewtas was without his star forward, with Max Woltman, Jack Bearne and Mateusz Musialowski starting in his place.

Elijah Dixon-Bonner provided makeshift attacking cover on the bench, with the decision made not to risk Gordon ahead of a possible role at Carrow Road.

It is unclear whether Gordon will start against Norwich, with Origi, Takumi Minamino and Alex Oxlade-Chamberlain among those vying for places, but he is likely to make the bench at least. 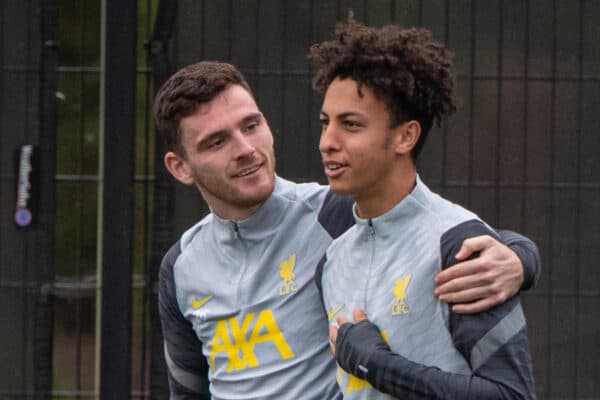 This would be a major step forward for a player signed from Derby in February, and at only 16, Gordon seems set for a swift rise at Liverpool.

Expectations should remain low for the £3 million signing, given his age and inexperience, but there is a clear excitement around Kirkby over his development.

Gordon could be one of those to inadvertently benefit from Harvey Elliott‘s long-term ankle injury, with the conveyor belt of talent in Liverpool’s academy continuing to bring through youngsters worthy of a first-team chance.