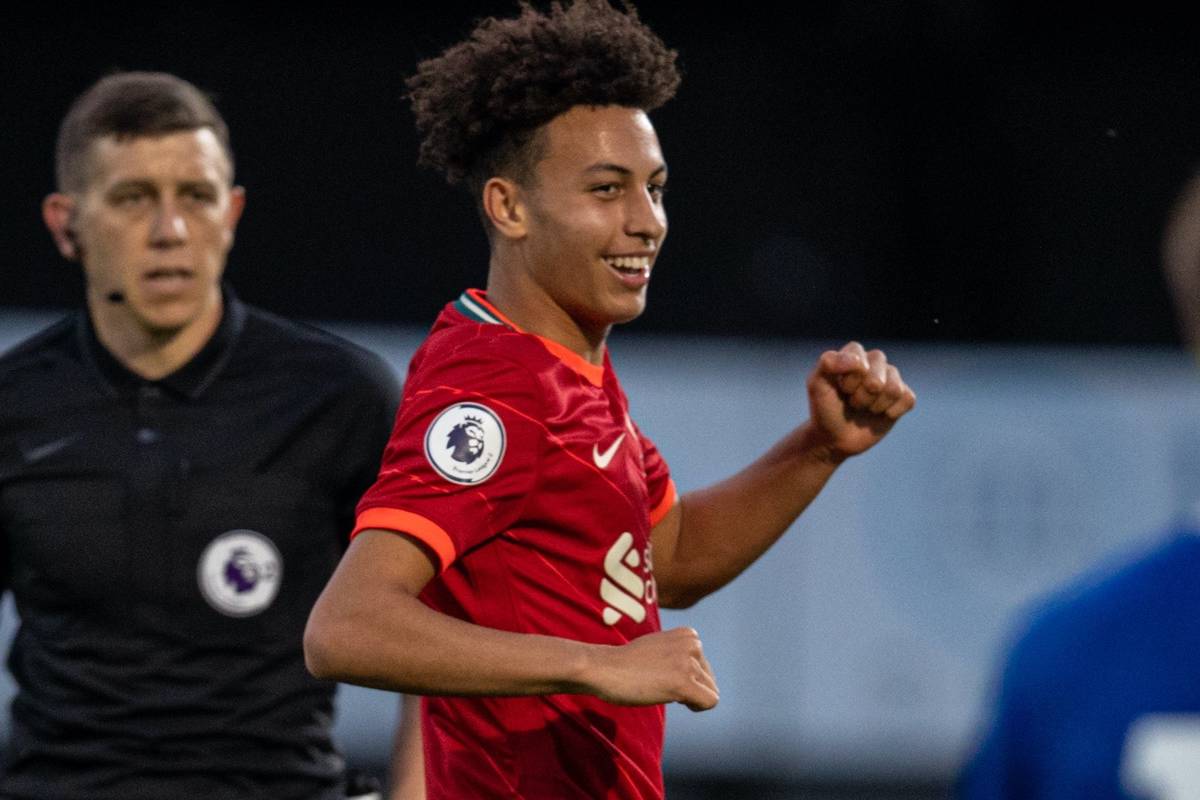 It was a frustrating afternoon for the Liverpool under-23s as they fell to a 2-1 loss to Tottenham on Saturday, but Kaide Gordon‘s latest goal caught the eye.

The young Reds were back in action this weekend after a two-week break for internationals, with a trip to Stevenage to take on Spurs.

Barry Lewtas made three changes from the 1-1 draw with Brighton before deadline day, as Conor Bradley, James Norris and Sheyi Ojo dropped out and Tony Gallacher, Dominic Corness and Mateusz Musialowski came in.

It took Liverpool just four minutes to take the lead, and it was a move straight out of the first-team playbook, as Billy Koumetio‘s long, diagonal pass from centre-back found Gordon on the right wing.

The 16-year-old dropped his shoulder, cut inside and, evading the attentions of his marker, fired beyond Joshua Oluwayemi with his left foot.

It was Gordon’s second goal in three games for the academy so far this season – along with an assist – and there was a striking resemblance to Salah’s trademark efforts moving in from the right.

Liverpool will be delighted with the youngster’s progress as he reaches the six-month mark since his move from Derby in February, with a long-term role in the senior side on the horizon.

Though expectations should remain low, it would be no surprise if Gordon is being nurtured as the eventual replacement for Salah – provided his development goes as planned – following Curtis Jones and Harvey Elliott into Jurgen Klopp‘s side.

Gordon’s goal was a mere consolation for the young Reds, however, as a brace from Alfie Devine either side of half-time sealed a 2-1 victory for Tottenham.

The afternoon marked a return to action for Morgan Boyes, absent for the first month of the season as speculation mounted over his future, while the likes of Musialowski, Corness and James Norris continued to make headway at U23s level.