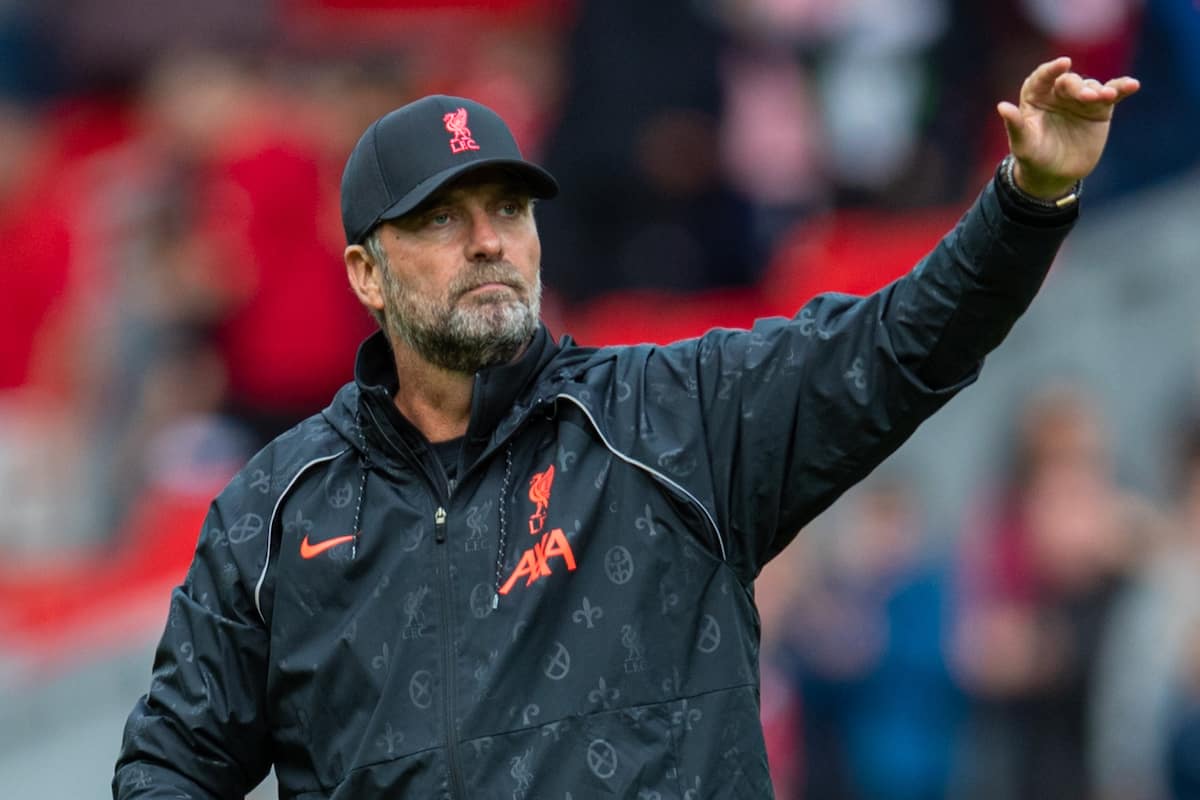 The end of the September international break heralds the return of an intense three-games-a-week calendar, one Jurgen Klopp is eagerly looking forward to.

To date, Liverpool have had a week between each of their league games but the trip to Leeds on Sunday is the start of a busy month for Klopp’s men.

Marcelo Bielsa’s side are the first of three opponents in the space of just six days, with AC Milan and Crystal Palace both to visit Anfield.

Four games then follow in the subsequent 15 days – making it seven matches in just 21 days. It is all systems go for Liverpool as Champions League and League Cup action also get up and running.

For the manager, it is a period that will see expectations of his side remain high but it is a position the Reds demand of themselves and it’s time to embrace the challenge for what it is.

It will “absolutely” require the depth of Liverpool’s squad, but this is what Klopp’s team have prepared themselves for.

“We are Liverpool and that means everybody expects us to win each game,” Klopp told reporters. 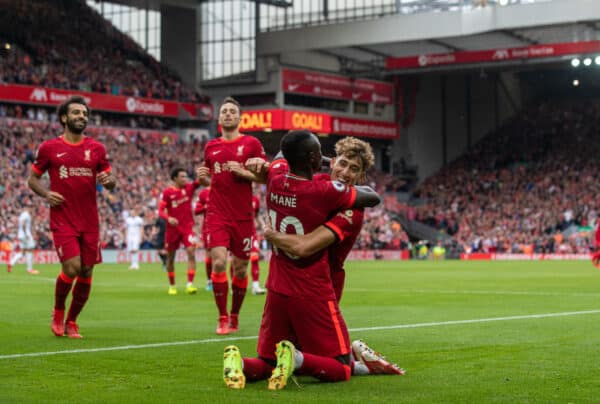 “It’s not about, ‘Here we can a little bit…’ We will use each source, each leg we have and we’ll try to be as successful as possible.

“I’m actually looking forward to it. It’s now really long enough – we had a long summer, we had a long pre-season, now we had these three games with always a week between.

“Now, come on, we are used to the rhythm of playing every three days.

“We wanted [and] we were so happy to qualify for the Champions League – now it starts, so all good.”

While Anfield will provide a welcome boost, Liverpool will be on the road for much of the next month before the October international break – four of their seven games will be away from home.

It adds another layer of complexity to a taxing period, but as Klopp rightly noted, this is exactly what “we wanted.”

And fringe players like new signing Ibrahima Konate, returning Joe Gomez, Kostas Tsimikas and Alex Oxlade-Chamberlain will no doubt get their chance in the process.