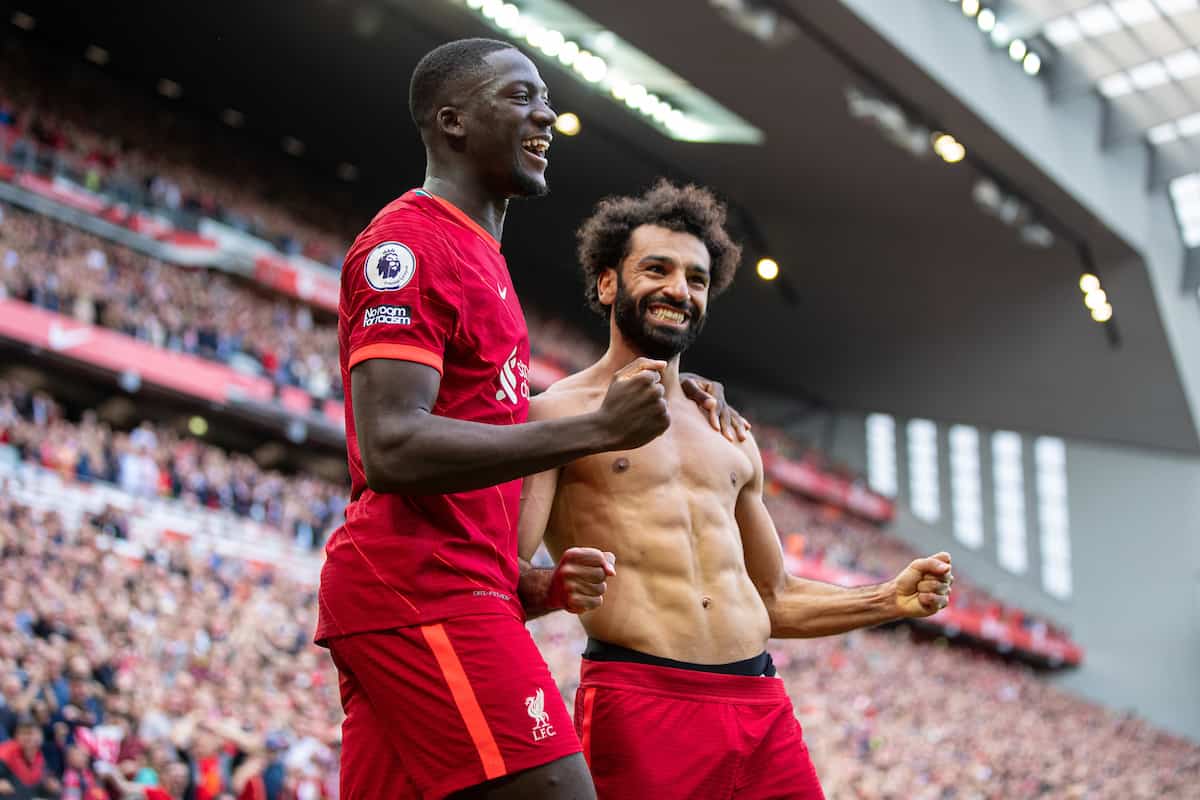 Mohamed Salah was the star performer yet again in Liverpool’s 3-0 victory at home to Crystal Palace, as the Reds went top of the Premier League.

The Reds won a superb game against AC Milan in midweek, but there was little time for them to enjoy that win.

Palace made the trip to Anfield on Saturday and they impressed under new manager Patrick Vieira, holding out until Sadio Mane scored his 100th Liverpool goal just before half-time.

Salah doubled the Reds’ advantage after the interval, as his hot streak continues, and Naby Keita‘s wonderful late volley put the icing on the cake. 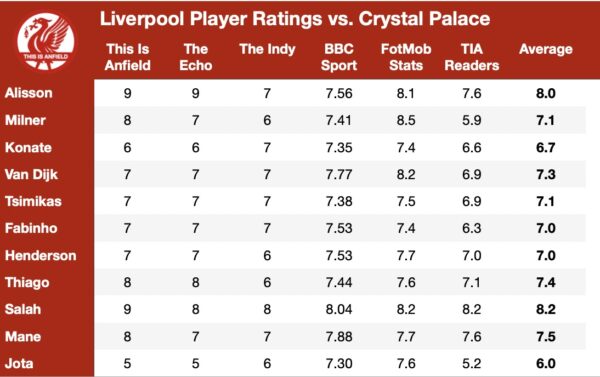 The remarkable Salah (8.2) was deemed the best player at Anfield – is there anyone in the world better on current form?

The No. 11 notched his 99th Premier League goal for the club, volleying home emphatically to essentially kill off Palace.

TIA’s Jack Lusby hailed Salah for “tracking back tirelessly” to help James Milner and also loved his “classic celebration” for the goal.

Ian Doyle of the Echo felt the Egyptian superstar was “always dangerous,” despite Liverpool not always dominating possession in the second half.

Alisson (8.0) came in second place, having a far busier afternoon than he may have anticipated.

The Independent‘s Alex Pattle hailed a “vital save in the opening minutes” as a standout moment, not to mention “two crucial stops later on.”

Liverpool’s third-highest came for Mane (7.5), who battled hard and got his name on the scoresheet.

Lusby rightly hailed the Senegalese for “plugging away,” even if there were occasions when he “stuttered and fluffed his lines.”

Diogo Jota (6.0) had a poor day at the office and deservedly got the lowest all-round rating, with Doyle recalling his “horrendous miss” in the first half.