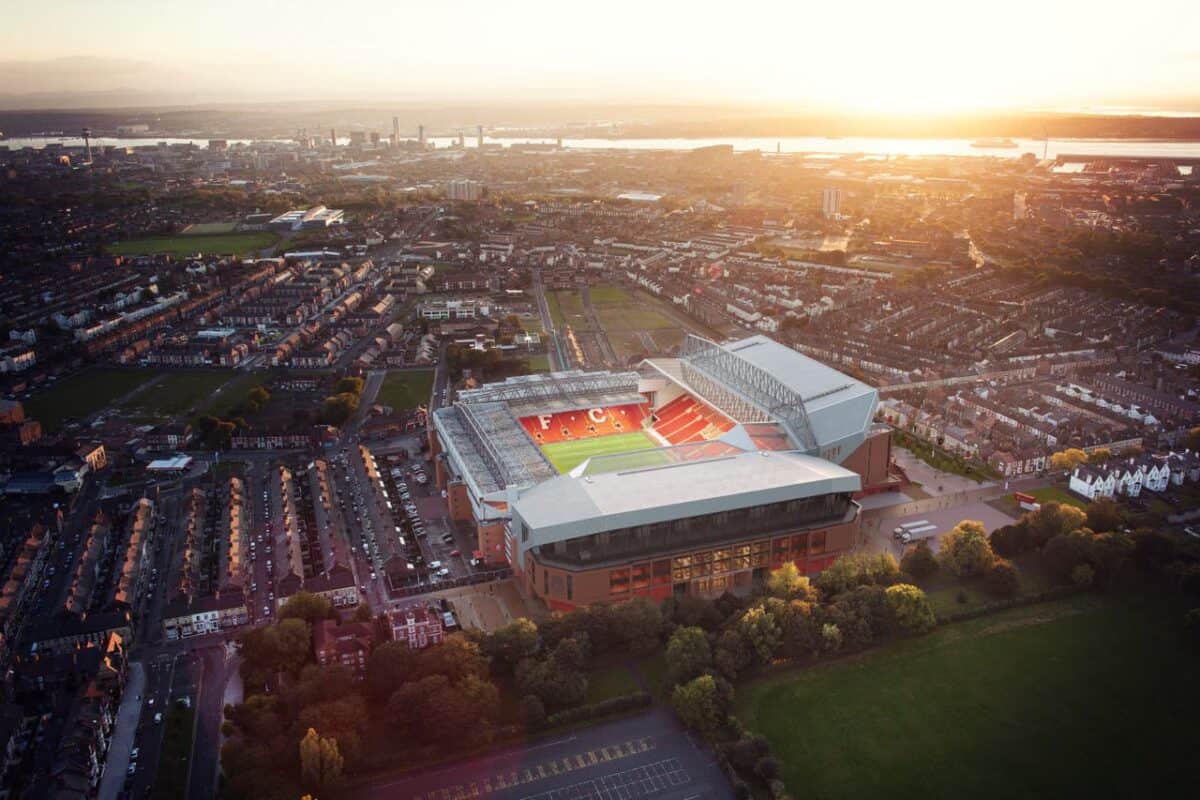 Liverpool have confirmed that the expansion of the Anfield Road end that will take Anfield’s capacity above 61,000 has been giving the green light, with construction to begin imminently.

The redevelopment of the Anfield Road end was granted planning permission back in June, with enabling works on the site taking place over the past three months.

The £60 million expansion is one that sees Liverpool’s on-field ambitions met by those off the field, with the stand to add 7,000 to Anfield’s capacity.

And now a ground-breaking ceremony is scheduled for next week after the club confirmed that the plans for the expansion are to now move ahead in earnest.

Currently, the groundwork has been ongoing in relation to the piping and electrical before the foundations behind the existing stand are put in place.

The process will be similar to that of the Main Stand, which was completed in 2016, to ensure there are no disruptions throughout the season for home and away supporters.

Construction will now move forward with Buckingham Group Contracting Ltd (Buckingham) in view of the expansion being completed in time for the 2023/24 season.

“We have been clear from the beginning that in order for this expansion to go ahead we needed the co-operation of local residents and the community, to successfully navigate the complex planning landscape and to ensure the project is financially viable.

“We needed certainty for this project to progress and are now in a position to be able to move forward.

We began this journey in 2014 and are grateful to everyone for the contributions they have made to bring the project to this stage.”

The redevelopment will see Anfield Road rerouted around the new stand, while the Anfield Road end itself will have improved concourses and sports bar lounge hospitality facilities – all in a style similar to the Main Stand.

The boost to capacity – over 61,000 – is to make Anfield the third-largest in the Premier League behind Tottenham Hotspur Stadium and Old Trafford.

The expanded structure, which will be similar in design to the Main Stand and will include improved concourses and sports-bar lounge hospitality facilities, is expected to support around 400 matchday roles in addition to the 2,200 which currently exist.

It will also feature additional pedestrian routes into Stanley Park and “include historical design references”.