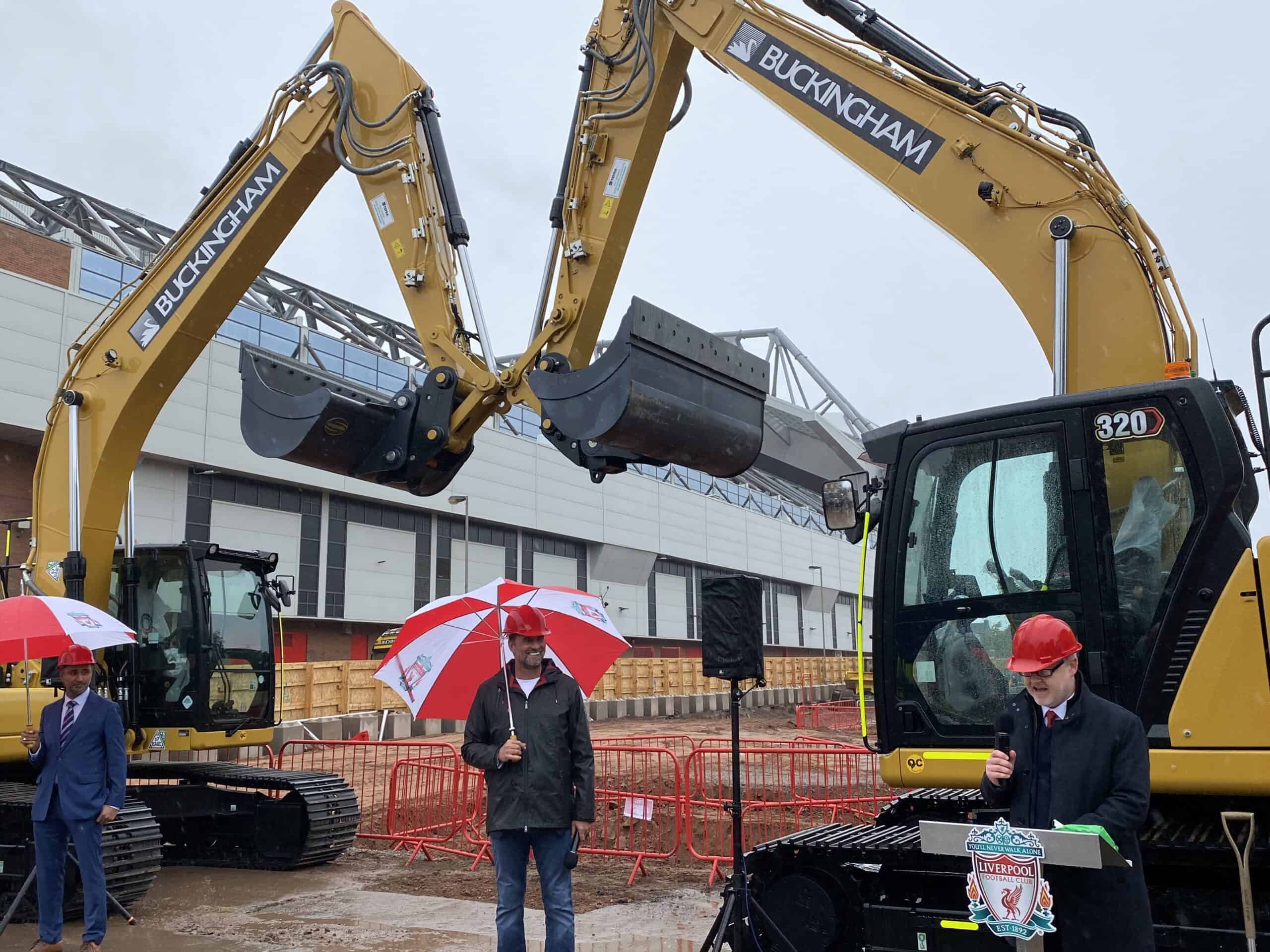 Liverpool have officially begun the Anfield Road End expansion, with Jurgen Klopp among those in attendance at Thursday’s ceremonial ground-breaking event.

Following the successful expansion of Anfield’s Main Stand and the redevelopment of the Kirkby training ground to becoming the AXA Training Centre, the club’s focus is now on the Anfield Road End stand.

The stand is to be expanded by 7,000 additional seats, with construction work taking place outside of the existing Anfield Road End to be joined on as an upper tier.

Works are due to be completed ahead of the 2023/24 season – which is currently set to be Jurgen Klopp‘s last with the club – and will take Anfield’s capacity over 61,000.

At a cost of around £60 million, the redevelopment is a major one for Liverpool, and three months’ enabling works are now completed, so construction officially begins.

Liverpool held a ground-breaking event at Anfield on Thursday afternoon, with representatives from the club and contractors from the Buckingham Group in attendance.

The Buckingham Group have previously worked on Brighton‘s AMEX Stadium, Brentford‘s new and MK Dons’ Stadium MK, as well as sections of the Hotspur Stadium, Molineux and the Cardiff City Stadium.

While their portfolio in elite sport is smaller than other construction companies, the finished product is hugely impressive, with the AMEX and Stadium MK among the most accomplished modern stadia in England. 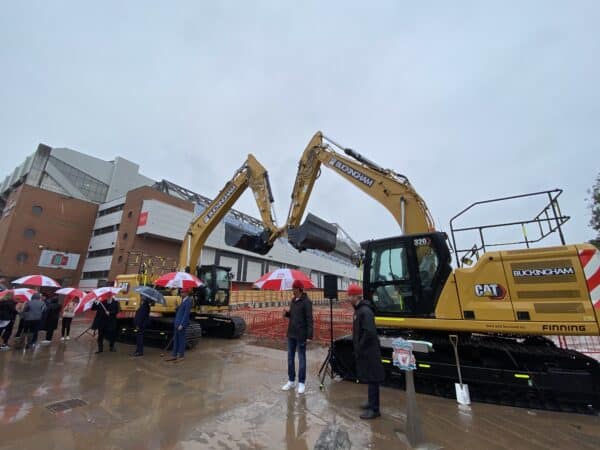 It was a wet and windy day on Merseyside as members of the press were welcomed to Anfield, with Klopp among those present as he anticipates a boost in atmosphere.

“Everything is better with fans,” said the boss.

The manager got a spade in the ground, while Sir Kenny Dalglish, Phil Neal, Ian Rush, John Aldridge and chief executive Billy Hogan watched on. 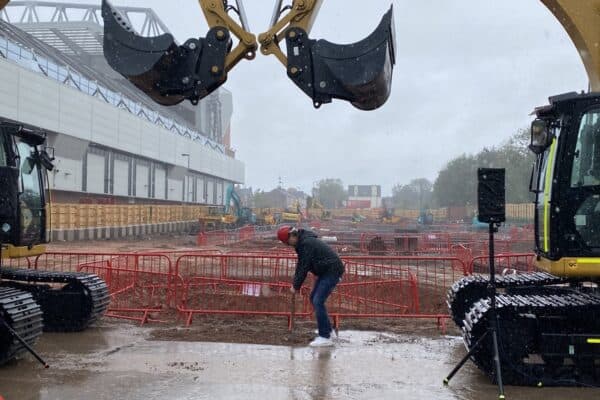 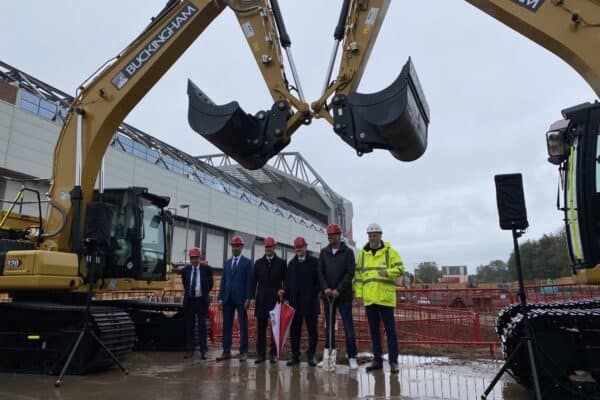 Once expansion work is finished, Anfield will boast the third-largest capacity in the Premier League, behind only Old Trafford and the Hotspur Stadium.

The Anfield Road End expansion will have no impact on Liverpool’s normal matchday routine, with fans able to attend games as usual.