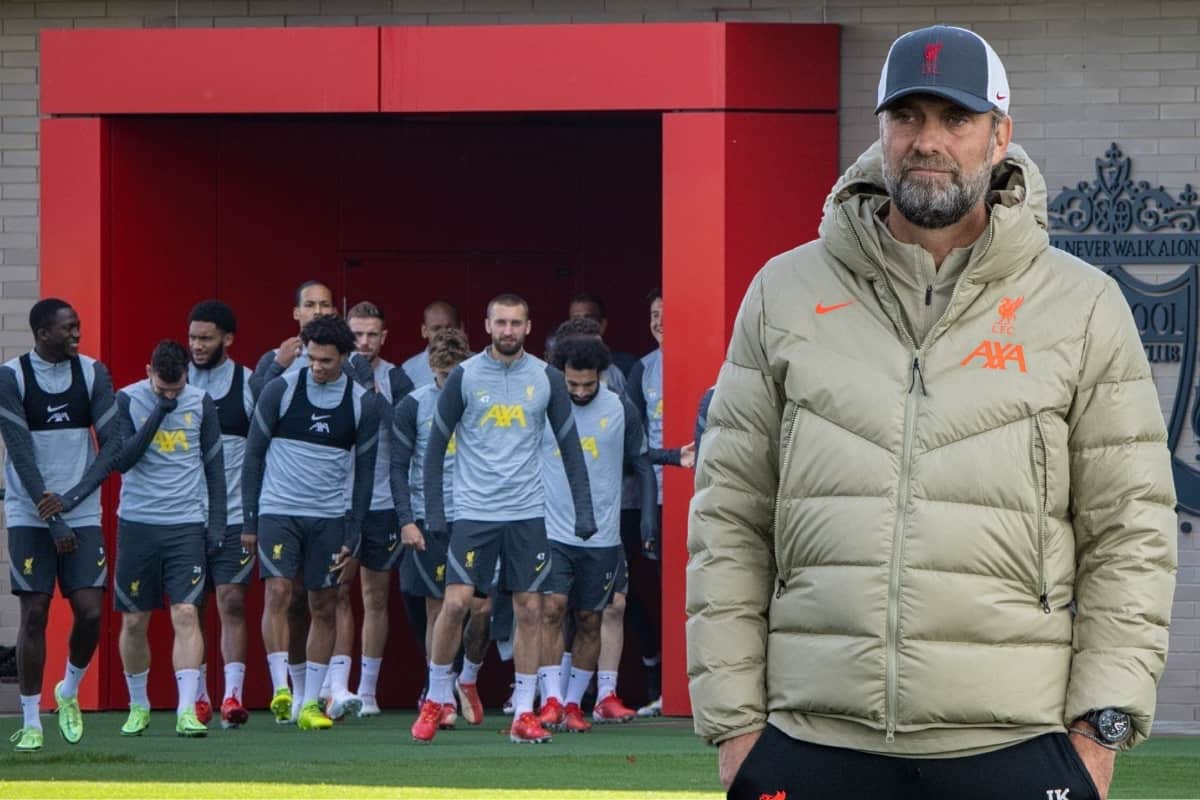 Jurgen Klopp claims Liverpool cannot train as they would hope ahead of Tuesday night’s Champions League clash with Porto, because “the information will get out.”

The Reds travel to Portugal on Monday afternoon for their first away game of the Champions League group stage, looking to build on their 3-2 victory over AC Milan.

Milan gave Liverpool a tough test at Anfield, and Klopp’s side arrive at the Estadio do Dragao on the back of a 3-3 draw against Brentford that highlighted flaws in his defence.

The manager has already admitted that work must be done to improve the overall defensive approach of his side, but his final preparations are made more difficult by travel.

Speaking at his pre-match press conference, Klopp expressed concern over team leaks if Liverpool work too closely on their lineup during their session at Boavista’s training ground on Tuesday.

“We don’t have a lot of time, obviously,” he explained.

“Even when we train at Boavista or whatever, the information will get out.

“So we cannot do shape or something like that tomorrow, so we have to do everything today, in a light version, and make sure that we are ready tomorrow.”

Though it was a lighthearted comment from Klopp, it does point out the issues in preparing for a Champions League trip with such a tight turnaround, having played in London on Saturday evening.

Changes are expected from the side that took to the field at Brentford, but hopefully they won’t be revealed before time as Liverpool look to hold onto the element of surprise against Porto.