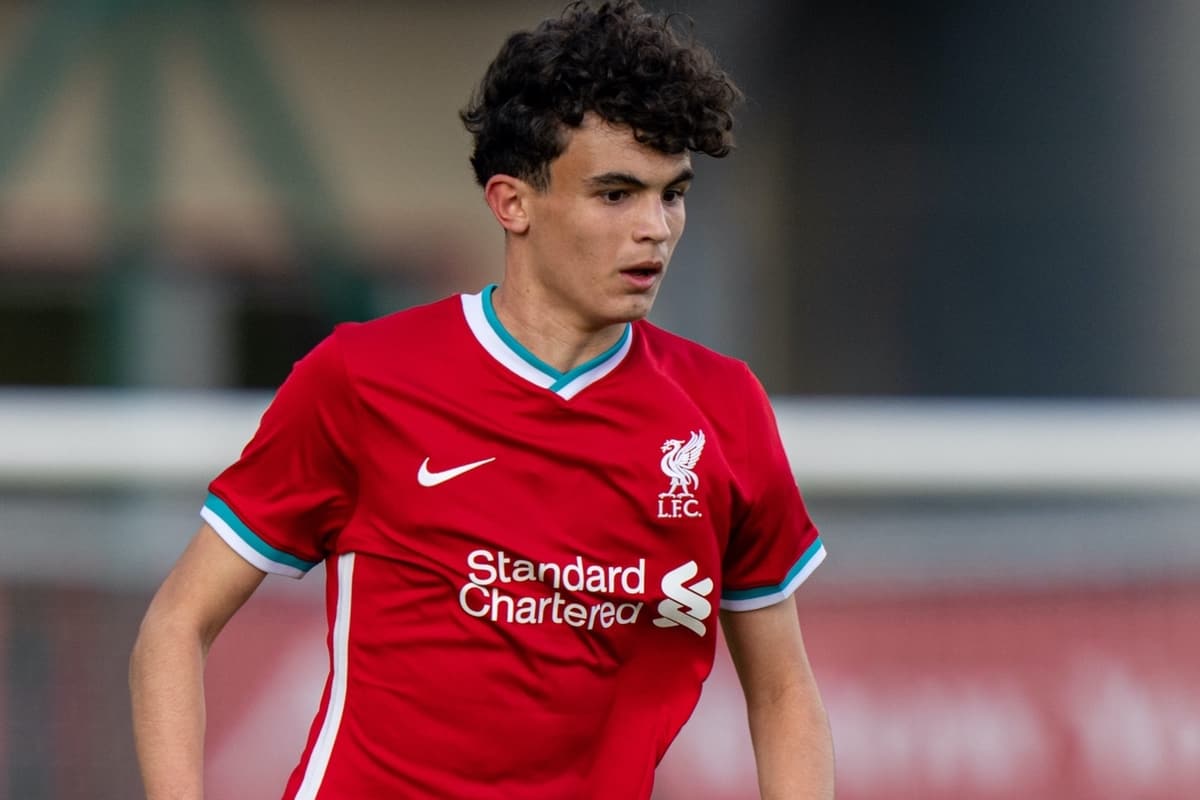 Liverpool centre-back Stefan Bajcetic ends the international break with silverware, having made a successful start to life with the Spain under-18s this month.

Bajcetic was one of only five players from clubs outside of Spain included in Pablo Amo’s 22-man squad, marking his first call-up at U18s level as he headed to the Lafarge Foot Avenir tournament in France.

The 16-year-old only joined Liverpool in January – making a £224,000 switch from Celta Vigo before post-Brexit rules prohibiting clubs in England signing players under the age of 18 from overseas – but has made a big impact since his arrival.

After a slow start, Bajcetic is now a regular starter for Marc Bridge-Wilkinson’s U18s side, and can now be considered a staple of the Spain setup, too.

His involvement in Limoges amounted to 147 minutes over three appearances, playing the full 90 in the opening 2-0 win over Portugal before coming off the bench against Switzerland (2-1 win) and France (2-2 draw).

Stefan Bajcetic made his Spain U18 debut in a 2-0 win against Portugal yesterday.

Really fits in well to the typical Spanish set-up with composure on the ball in addition to his ball-carrying. Impressed. pic.twitter.com/GCGzP1yfSi

Unbeaten, Spain finished top of the group-style tournament with seven points, with Portugal second, France third and Switzerland fourth having lost all three of their games.

Bajcetic will now return to Liverpool ahead of the clash with Nottingham Forest on September 11, joining another trophy winner in Melkamu Frauendorf.

Frauendorf was used more sparingly by the Germany U18s, but played his part as they emerged triumphant at the Vaclav Jezek Memorial tournament in the Czech Republic.