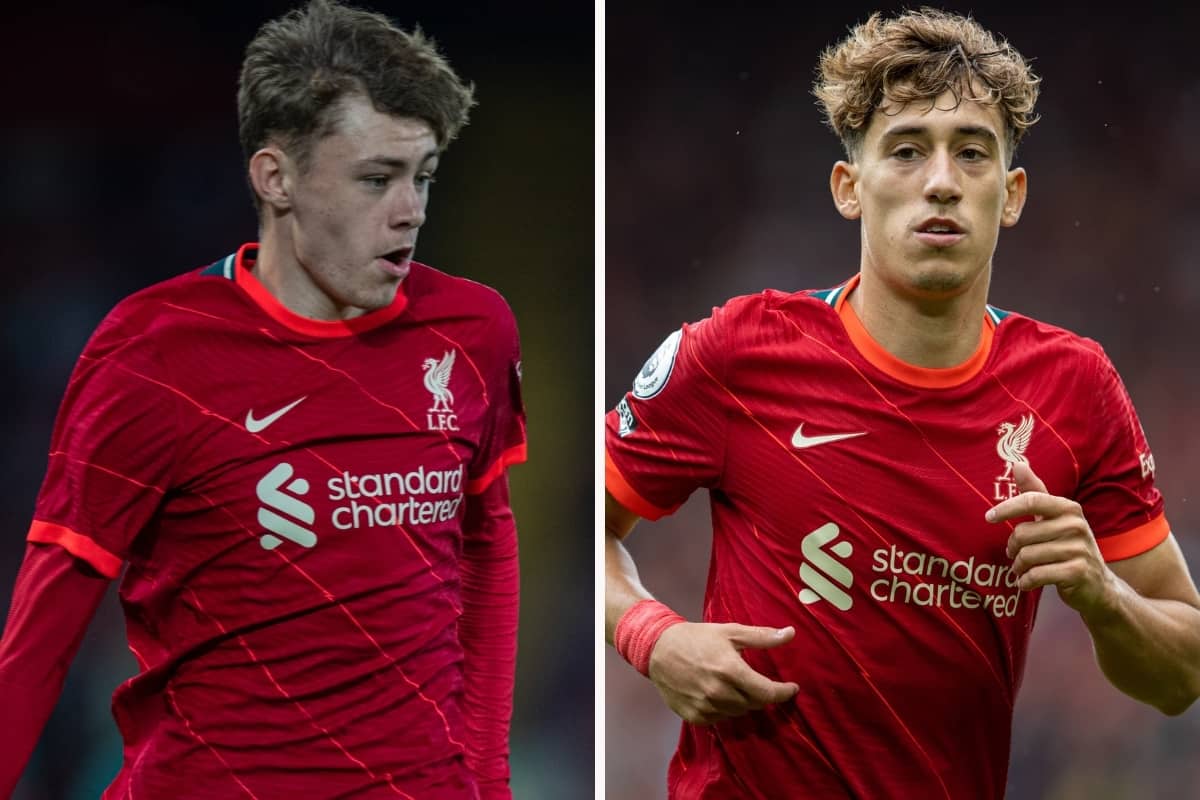 Young Liverpool right-back Conor Bradley had a night to remember as he made his competitive debut for Northern Ireland in their 0-0 draw with Switzerland.

It has been a whirlwind two years for Bradley since his move to Merseyside from Dungannon United in 2019, with the 18-year-old finding himself on close to a first-team breakthrough.

Though Neco Williams stayed beyond the end of the summer transfer window, the teenager will be hoping to challenge his Welsh counterpart for the role of Trent Alexander-Arnold‘s deputy.

Making headway on the international stage will certainly strengthen his case, with Bradley picking up his third cap and his first in a competitive game on Wednesday night.

It came as a 68th-minute substitute against Switzerland, in a game that saw goalkeeper Bailey Peacock-Farrell dive the right way to keep out a penalty, with Bradley coming on to help ensure a clean sheet.

Bradley earned a roar from the Northern Irish crowd with one strong tackle, while at the other end he proved a threat to a Swiss side missing Xherdan Shaqiri.

“I’m absolutely buzzing. To get that atmosphere, it’s the thing of dreams really. It was a great night,” he said after the game, as relayed by the Belfast Telegraph.

“[The manager] told me to do what I usually do and not to have any fear.

“He gave me loads of confidence to do what I do and I’m thankful to him for giving me the chance.”

For his part, manager Ian Baraclough insisted he had “no hesitation” in sending Bradley on, saying: “He’s got a baby face but he’s got talent.”

Meanwhile, Kostas Tsimikas started for Greece in their 2-1 victory over Sweden, playing the full 90 minutes and catching the eye with his efforts at either end of the pitch.

Playing as a left wing-back, Tsimikas was given license to probe in the final third, and it saw him create three chances – the second-most of any player – while also firing a shot on target.

Goals from Anastasios Bakasetas and Vangelis Pavlidis sealed the win, with Robin Quaison scoring a consolation goal for Sweden late on.

Greece end the international break third in Group B as they bid for a place at next year’s World Cup, with Tsimikas having featured in all three games this month, starting both qualifiers.

Bradley and Tsimikas were the only Liverpool players in action on Wednesday, with Jordan Henderson and Trent Alexander-Arnold unused throughout England’s 1-1 draw with Poland and Ben Woodburn watching on as Wales drew 0-0 with Estonia.