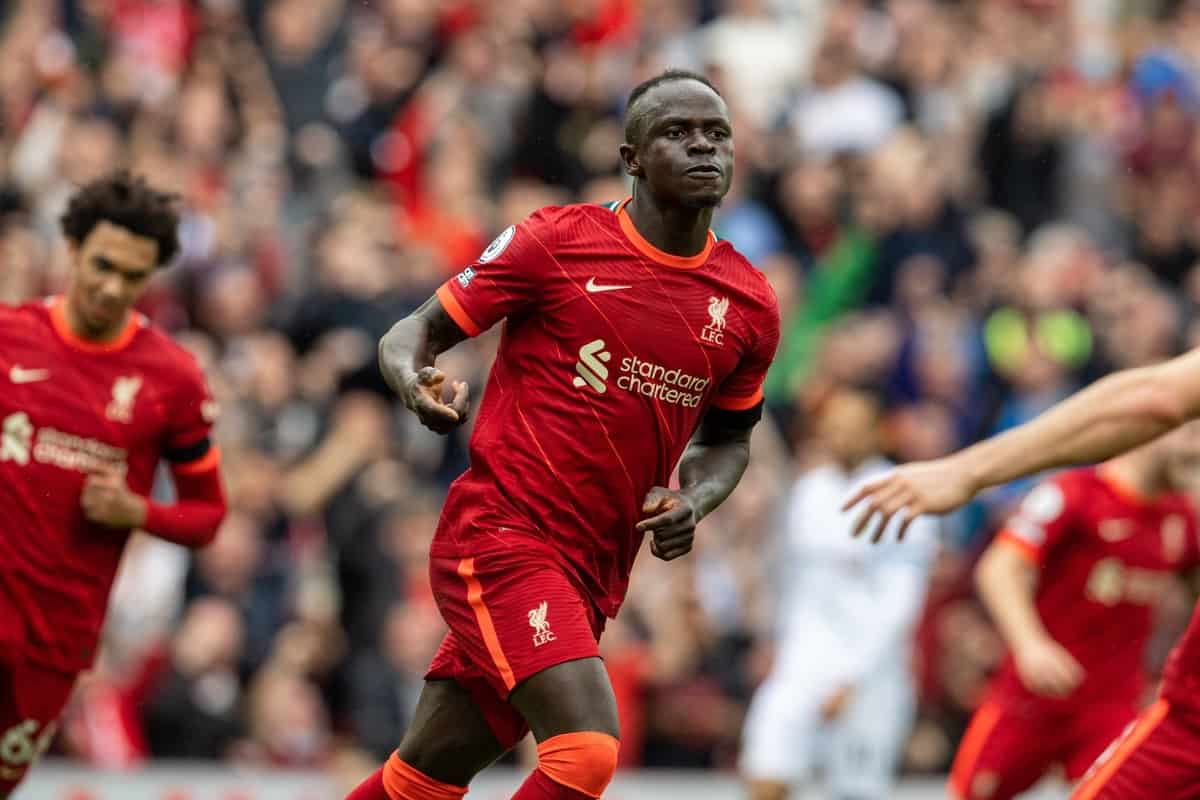 Sadio Mane has not always had the end product so far this season but Jurgen Klopp knows the important thing is that he is creating the chances and opportunities.

Liverpool’s No. 10 has two goals to his name from five appearances, a tally many feel should be greater considering his opportunities in front of goal.

Mane has been lively and an important part of build-up play, only for his end product to underdeliver, but crucially his manager acknowledged his confidence remains high.

In a demanding position such as his it’s a vital ingredient to success, and for Mane, it is now all about putting the pieces together and finding his goalscoring groove.

And Klopp is in no doubt that it will come, with the 29-year-old in “a really good moment.”

“Sadio is in a good moment; a really good moment physically and mentally as well, so really confident and you can see that.

“A player misses a chance and doesn’t look desperate or whatever, he has a smile on his face and he knows, ‘I could have done this or this better…’ and all these kind of things.

“It’s all good for the moment but Sadio is an exceptional player so he has to perform exceptionally because this is the standard we expect from him, and he usually delivers.”

And Saturday’s opponents in Crystal Palace know he can deliver having had to pick the ball out of the net from a touch by Mane in the last eight successive league games.

It’s an incredible run that can see him become the first player in Premier League history to do so in nine consecutive matches with a goal that would also make him the 18th player to hit 100 for Liverpool in all competitions.

Over to you, Sadio.