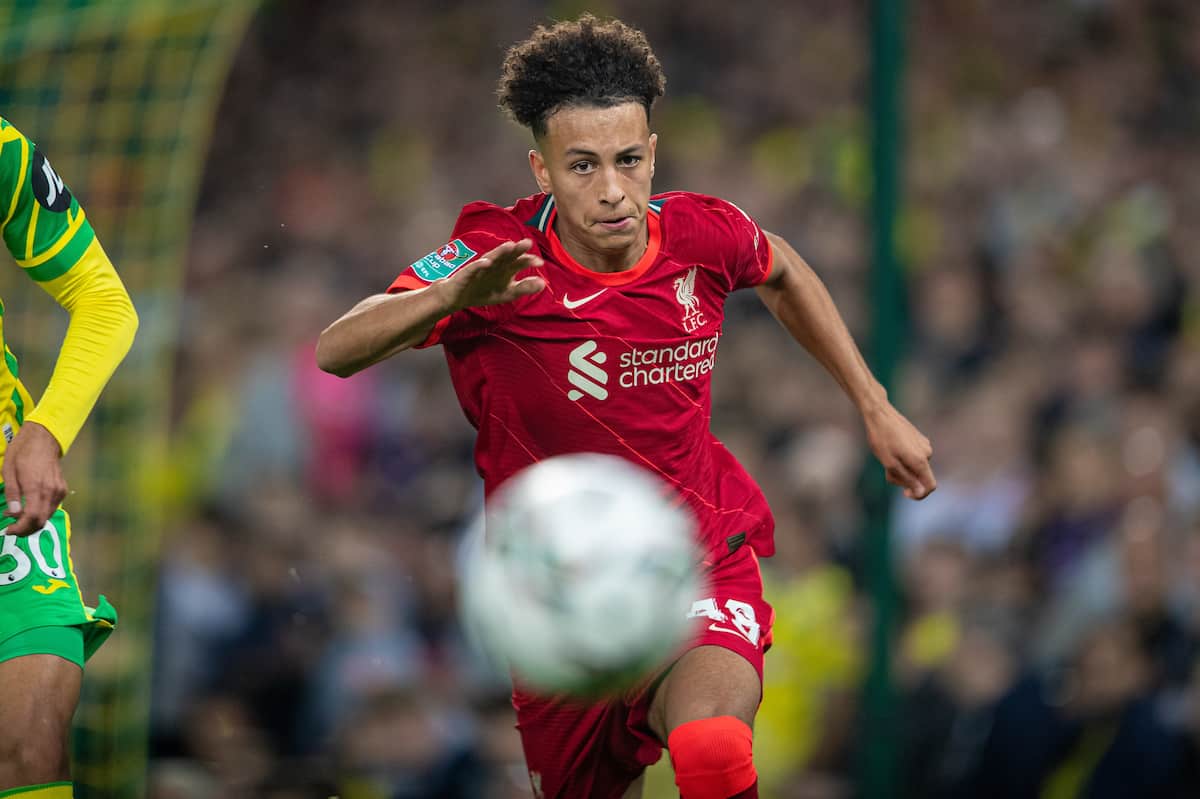 Having stood up impressively in pre-season, Gordon was given his first taste of competitive senior action as one of nine players brought into the side for the League Cup.

The young forward was one of two debutants alongside Conor Bradley, to be joined later by midfielder Tyler Morton, who replaced the ailing Naby Keita from the substitutes’ bench.

An experienced pair of Takumi Minamino and Divock Origi scored the goals to take the Reds’ through to the fourth round, but it was an impressive night for Jurgen Klopp‘s debuting trio.

Much of the focus was on Gordon, signed from Derby in February, with the teenager having found himself on the list of Liverpool’s youngest-ever players.

Only four players in the club’s 129-year history have made their debut at a younger age than Gordon, who started aged 16 years, 11 months and 16 days. 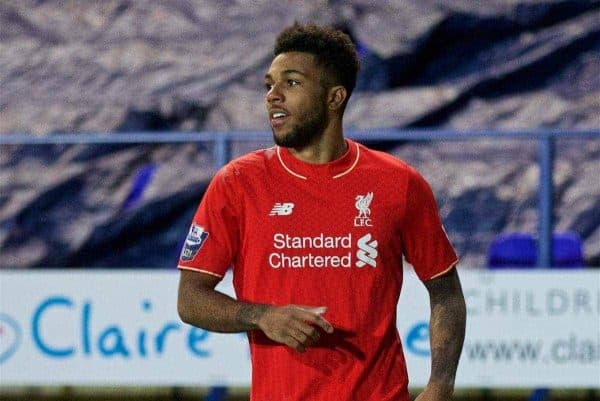 Jerome Sinclair (16 years and six days) remains the record-holder – a feat that is unlikely to be beaten any time soon – with Harvey Elliott, Jack Robinson and James Norris completing the top five.

Norris’ place in the list is contentious, though, given he was part of an academy side managed by Neil Critchley in the 5-0 loss to Aston Villa in the League Cup in 2019.

The player Gordon knocked out of the top five is Ki-Jana Hoever, who debuted against current club Wolves in the FA Cup in 2019 – a night that also brought first outings for Rafa Camacho and one Curtis Jones.

Debuting as a 16-year-old is certainly no guarantee of a long-term future at Anfield, as Sinclair, Robinson and Hoever would attest.

But Gordon can now look ahead to further appearances at first-team level, with Klopp declaring him “just ready” in his post-match interview. 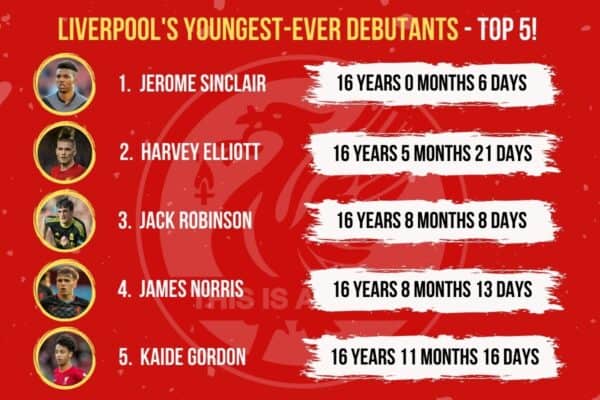