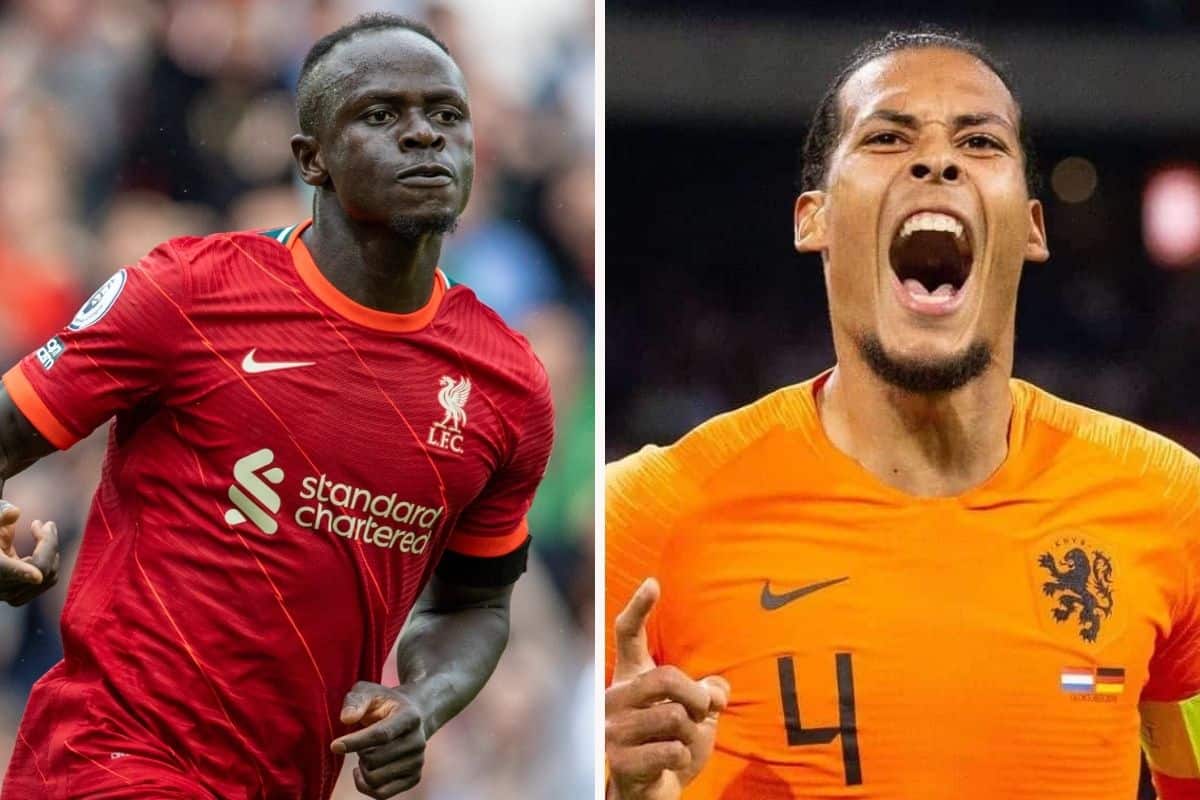 Liverpool’s internationals were straight into the thick of the action, with a comeback, goal and an assist on the agenda as six Reds took to the field.

The Reds have 32 representatives in the September international break, and Jurgen Klopp will be intent on seeing all return with a clean bill of health.

But the manager would have enjoyed what he saw in the opening fixtures, starting with Sadio Mane etching his name on the scoresheet for Senegal in their 2-0 win over Togo.

Liverpool’s No. 10 broke the deadlock in the 56th-minute with a close-range finish having worked his way between two defenders in the box, a confidence-boosting goal for the winger.

Abdou Diallo would make sure of the result late on, where Mane’s 23rd goal for his country, and his third in as many games, came in a lively and productive display that Reds will hope he replicates back on Merseyside.

Meanwhile, over in Mauritania, Naby Keita would help steer his side to a 1-1 draw against Guinea-Bissau to collect a valuable point in their World Cup qualifier.

Keita teed up Francois Kamano for the opener with a well-timed curled ball that split through the defence, with the No. 8 playing a full 90 minutes for the first time this season.

Over in Europe, Virgil van Dijk made his international comeback having donned the captain’s armband in the Netherlands’ 1-1 draw with Norway, with ex-Red Gini Wijnaldum supplying the assist for Davy Klaassen.

It was the Dutchman’s first game for his country in 323 days following on from his ACL injury, one which saw him come up against Erling Haaland — who opened the scoring on the night.

Van Dijk was his imperious self throughout, failing to miss a step throughout both on the ground and in the air but did find himself with a dislocated finger for his troubles that had to be put back into place on the touchline.

Van Dijk’s defensive teammate in Andy Robertson, however, had a different challenge thrust upon him after Scotland manager Steve Clarke started him at right-wing-back.

A position Robertson visibly did not look comfortable in during a first-half that saw Scotland succumb to two quickfire goals from Denmark, a period of time they would fail to recover from.

The disappointment was obvious for Robertson, who would move back to the left for the second half, and while he is a team player, he was quick to admit that there was no surprise that his performance improved when moved back to his familiar position.

“Look, the gaffer asked me to do a job there. I’ll sacrifice for this squad every time – I’ll do it again and again, not a problem,” Robertson said post-match, via The Herald.

“Of course I’m more comfortable on the left. You saw that second half. I tried to do a job, tried to help the team.”

Finally, Diogo Jota would play the full 90 minutes as Portugal broke Irish hearts at the death with a Cristiano Ronaldo header completing the comeback, while Kostas Tsimikas played the first 45 minutes in Greece’s 2-1 friendly defeat to Switzerland.