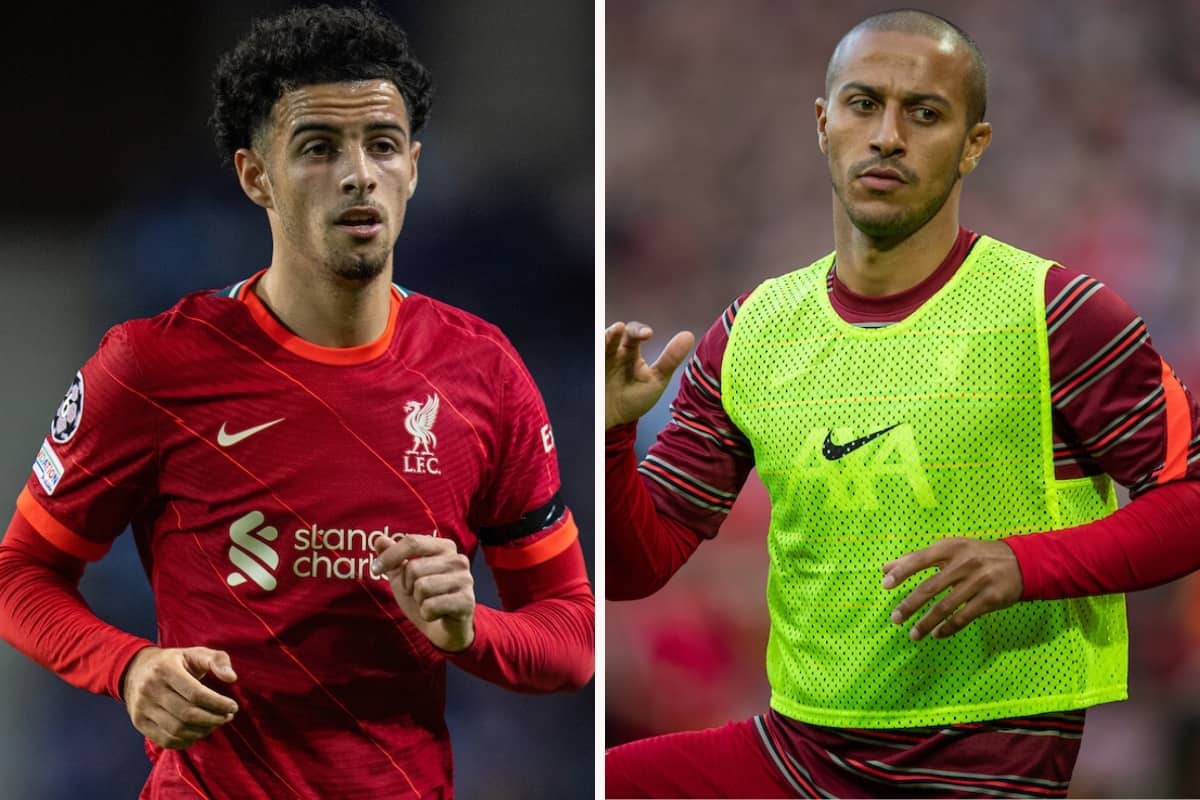 Jurgen Klopp has had his hands tied with his recent midfield selections and while Thiago remains absent he could be boosted by the return of Curtis Jones for the trip to Man United.

The Reds named an unchanged midfield at Atletico Madrid with Jordan Henderson, James Milner and Naby Keita backing up their performance from Vicarage Road.

Fabinho was then drafted in at half-time at the expense of the latter after being forced to miss the Premier League game following international duty with Brazil.

And now there could be another boost in the form of the No. 17 who is to take part in full training on Friday.

Klopp voiced his frustration over Jones’ treatment with England last week having aggravated a groin injury, but the 20-year-old is now edging closer to a return.

However, the Reds are to be without Thiago for the seventh game in succession as his recovery from a calf injury continues – one that could take him beyond the November international break.

“The squad is alright. We have to see, that’s how it is,” Klopp told the club’s official website.

“We are only two days after the game and we have to make sure that we all get fit again, but they are the typical things. I couldn’t tell you now who is 100 percent available and who is not.

“Just what’s clear is that Curtis will train today with us the full session, that’s the plan. He should be in contention.

“And Thiago not. So, these are the two things I know for the moment. He is running, a good sign but I’m not sure for before or after the international break. We will see.”

Klopp will have the likes of Jordan Henderson, Fabinho, Milner, Keita, Alex Oxlade-Chamberlain and potentially Jones to choose from this time around in midfield.

A trio of Fabinho, Henderson and Keita is a real possibility with Jones needing to prove his fitness and readiness if he is to come into contention.

The Wednesday-Sunday schedule is not a concern for Klopp but for Reds, frustration certainly lingers over the continued unavailability of Thiago.