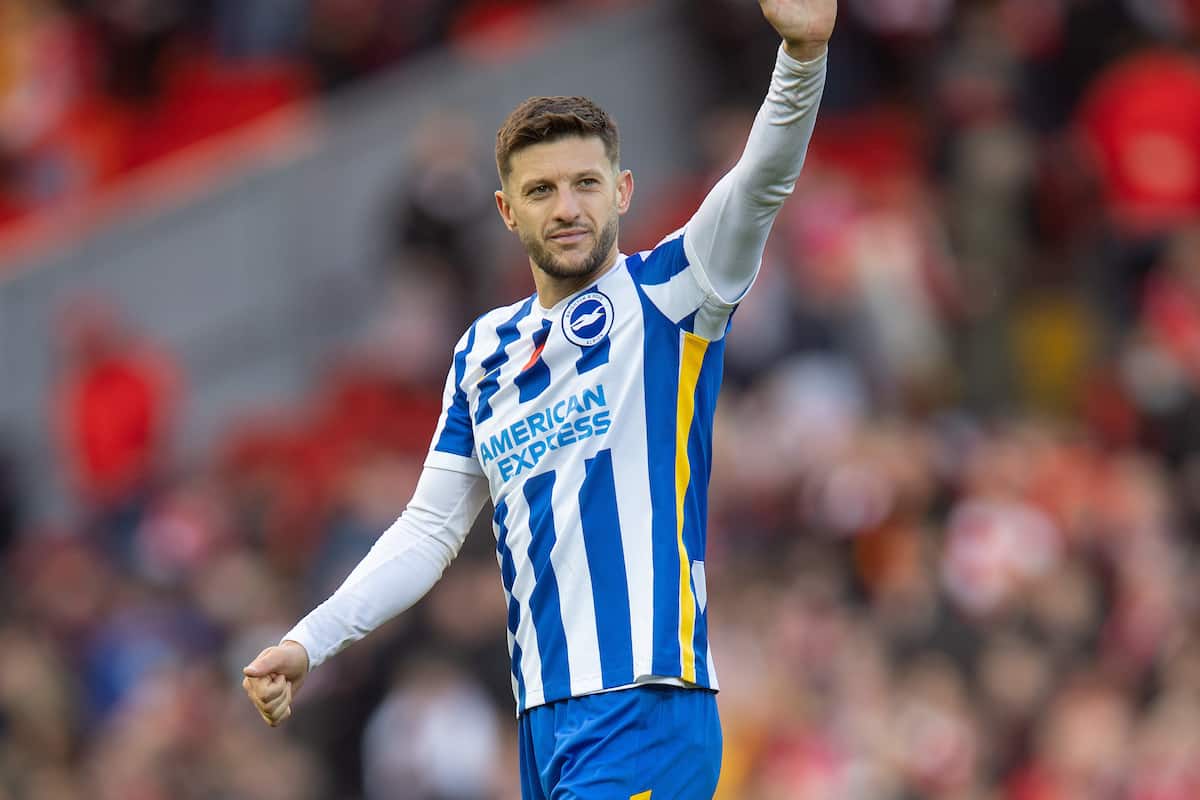 Adam Lallana has explained how a half-time tactical switch helped Brighton come back from 2-0 down to draw 2-2 at Anfield, as he man-marked his best friend at Liverpool.

Jurgen Klopp saw his side surge into a comfortable lead within 25 minutes on Saturday as Jordan Henderson and Sadio Mane struck to put the Reds in control.

It could have been more, too, after Mane charged down Brighton goalkeeper Robert Sanchez to convert another, only for the goal to be ruled out for handball.

The Seagulls grew into the game, inspired by the outstanding Yves Bissouma, and an attempted cross from Enock Mwepu thwarted Alisson as it sailed into the far corner to make it 2-1 heading into half-time.

After the break, Brighton were undoubtedly the better side, with Alisson required to keep Liverpool in a game they eventually drew due to Leandro Trossard’s equaliser.

Lallana laid on Trossard’s goal, and speaking to Brighton‘s official website after the game, he explained a key change that allowed his side to gain dominance.

“I went man to man on Hendo because he controlled too much of the first half,” the 33-year-old said.

“We played the ball round the back and frustrated them.

“The second half was outstanding. We were brave in getting on the ball and controlled the game. On another day we could have won.” 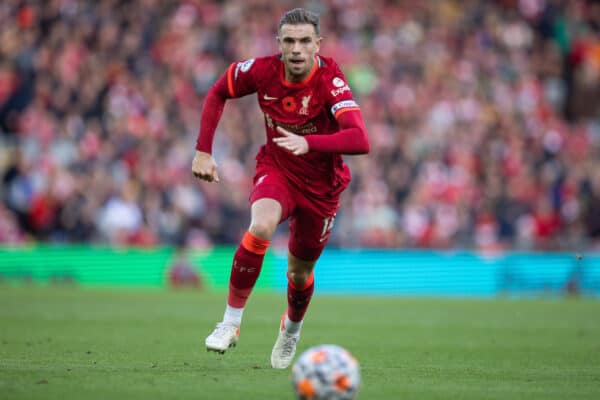 Henderson made fewer touches and attempted fewer passes into the final third in the second half, with Liverpool’s passive midfield one of the contributing factors to their collapse.

In his No. 10 role, Lallana completed the most tackles (five) and interceptions (two) combined of any player on the pitch, while he was one of six players to create a game-high two chances.

He was applauded by the Kop after the game, and it was fitting as he compared Brighton‘s growth under Graham Potter to the slow-build success he enjoyed at his former club.

“We have a great group and the manager often refers to that,” he continued.

“I was lucky enough to win the title at Liverpool and you don’t win it with 11 players, it takes 18 to 22 and we’re slowly building that here.”

At Liverpool, Lallana became a valuable squad player whose injuries kept him from filling a key role, but at Brighton he is a first-choice starter, relied upon to execute a man-marking job on his old captain.