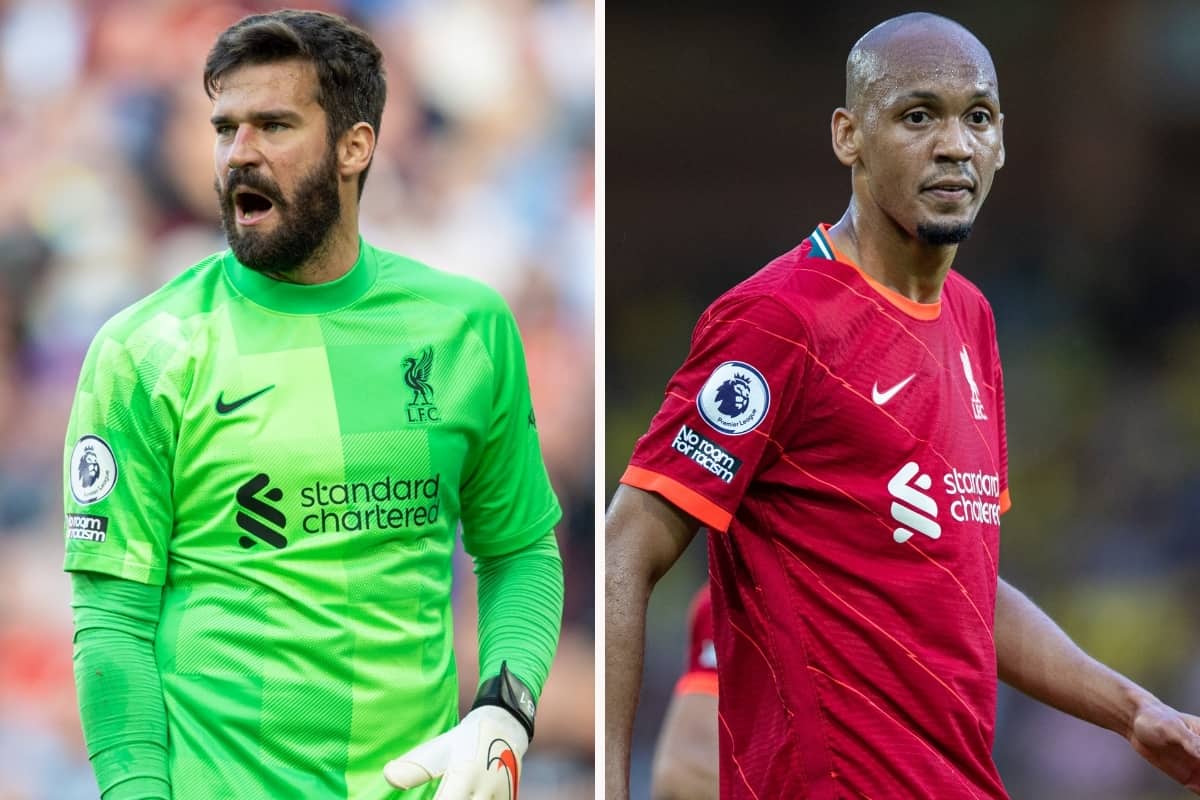 There is to be no early Brazil exit for Alisson and Fabinho to ensure they can feature in Liverpool’s clash at Watford, with their international obligations to go the distance.

The quarantine rules and their implications for international players returning this month has been a major talking point, and rightly so.

Jurgen Klopp bemoaned a red-list exemption that didn’t sound “like a real solution” with a 10-day quarantine still in place but players are to be allowed to leave once a day to train and play.

However, it’s not a solution for Alisson and Fabinho at Watford on October 16 as Brazil’s final World Cup qualifier against Uruguay kicks off merely 35 hours before the Premier League clash.

The turnaround is far too tight for Klopp to consider selection and a possible thought had been to push for an early release for the duo after Brazil’s second game against Colombia (October 10).

This would have allowed the pair to complete just over five days of their quarantine and therefore feature at Vicarage Road, but Brazil manager Tite has insisted it has never been on the table.

“There was never that possibility [of an early return to England]. They were called up for the three games,” he said, via Win Sports.

With eight Premier League players in their squad and a further 11 in other European leagues, it could not be a rule for one and not the others.

With that possible solution well and truly off the table, Liverpool could instead look to fly the pair straight to Spain after their final international game in order to feature against Atletico, as a return for UK quarantine is unlikely to see them granted permission to leave.

But it is a conundrum that is to also face Sadio Mane and Kostas Tsimikas following their return from red-list countries, leaving Liverpool to weigh up which options they want available at Watford and Atletico.

It’s a farcical situation to be in but with changes to the UK government’s travel restriction list, the expectation is a similar issue is not to arise for the November international break.