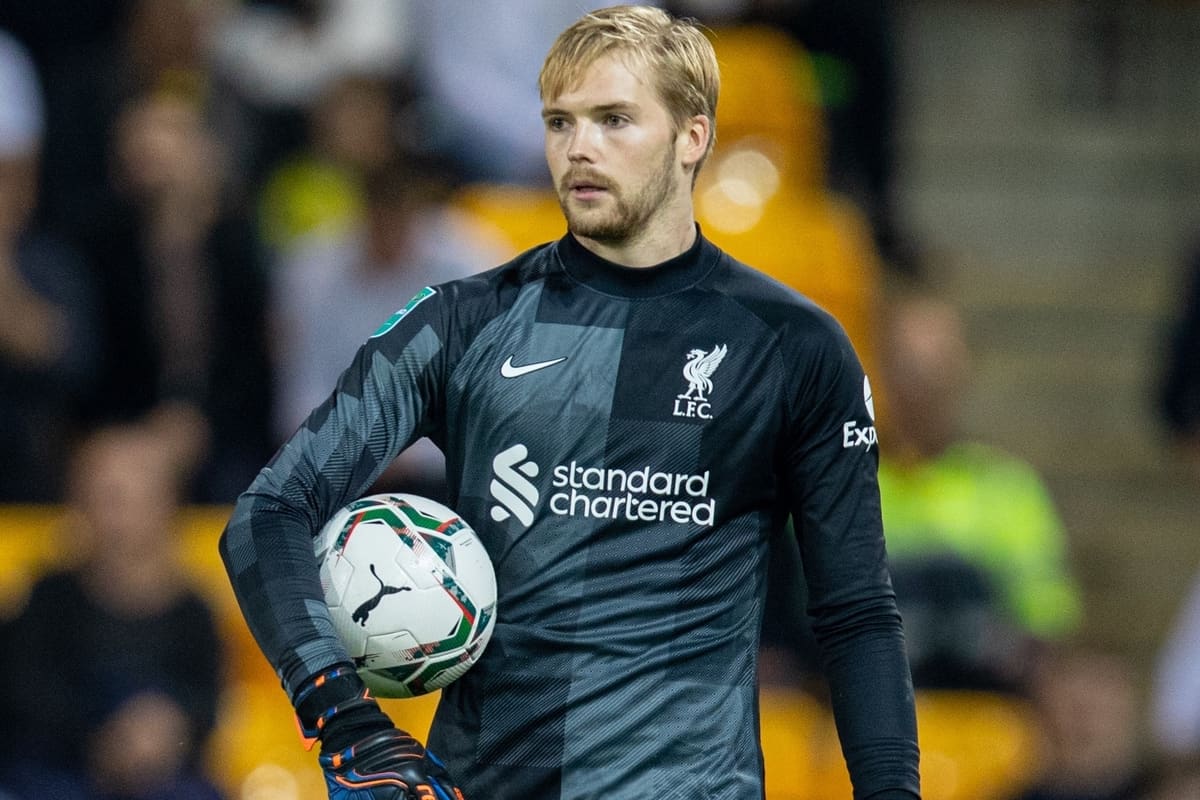 Caoimhin Kelleher has had to bide his time as Liverpool’s No. 2, a role that hindered his starting chance for his country, but the goalkeeper believes he is in “a good position.”

Kelleher has been a regular senior member for Liverpool and Ireland for more than a year but has just 11 career senior appearances to his name so far.

He is behind Alisson at Anfield while Man City‘s Gavin Bazunu, currently on loan at Portsmouth, took advantage of his playing time to assume the No. 1 position for his country.

Kelleher has only made a 45-minute substitute appearance for Ireland against Hungary in August, with manager Stephen Kenny pointing out the lack of playing time is only playing into Bazunu’s hands.

A start against Qatar on Tuesday has long been in the pipeline for Kelleher, his first, and while he is sacrificing game-time as a Red and consequently his country, the young ‘keeper is more than content with his journey so far.

“Liverpool want me to stay, I’m number two this season, and it’s a good position to be in, I think,” Kelleher told RTE.

“Hopefully, it’s a chance to play some games and the opportunity to play at a high level.

“It’s different for everyone, different individuals, it’s different journeys, the way my career is going is completely different, so I don’t have any regrets, I am happy to do what I do and how it has turned out.

“If I need to have a conversation about playing more games, I’ll have it. I’m in a good position where I am.”

A loan move “was quite close” last summer for Kelleher but injuries would ensure he enjoyed a breakthrough season with five appearances, including a Premier League and Champions League debut.

Training day in and day out with the world’s best and further opportunities in cup competitions to come, Kelleher is keeping himself grounded and in the moment.

“You have to have that mentality and I want to push on and be number one. And hopefully, if I get a chance, I’ll take it,” he added.

“I’m just trying to take it day by day at the minute; when I do get games for Liverpool, to put in good performances and show that I am capable of playing at that level.”

And ahead of his full Ireland debut at the Aviva Stadium, Kenny spoke highly of the 22-year-old and how he “deserves” his moment in front of a home crowd.

“Caoimhin is a really natural goalkeeper. He’s such a terrific talent. He played 10 times for me as U21s manager, so I’m well aware of his qualities and he’s done terrifically,” Kenny said.

“He was just unfortunate last season when he was injured and that opened the door in March for Gavin Bazunu, who’s been terrific.

“Caoimhin made his debut at half-time in the game against Hungary, but this is his first start tomorrow and in front of a home crowd, and he deserves it.”

With Alisson to miss the trip to Watford, Tuesday’s outing will precede Kelleher’s second appearance of the season for Liverpool and his first in the league since March.