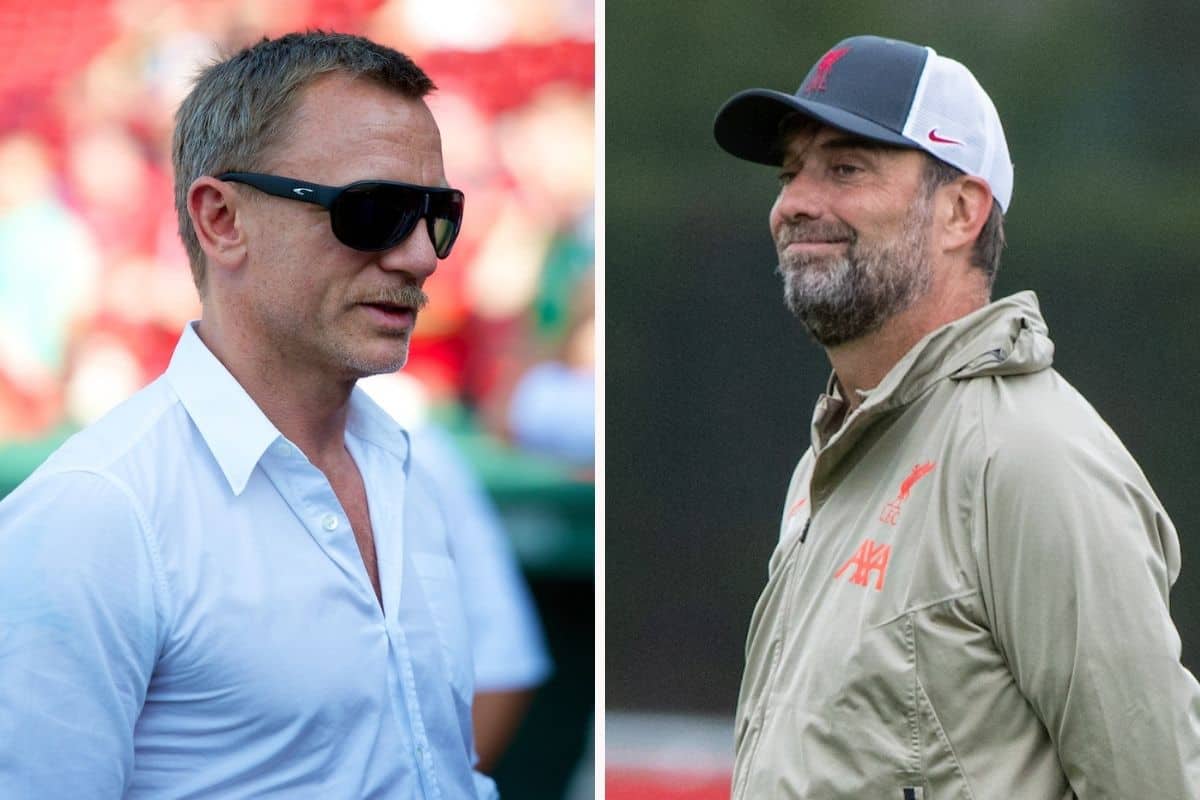 A sound mind and a charismatic spirit, Jurgen Klopp certainly shares some qualities with the world’s most famous spy in James Bond, but Daniel Craig thinks “he’s way beyond” the character.

Craig spent parts of his childhood on Merseyside and is well-known for his support of Liverpool, readily spotted at Anfield and various pre-season tours over the years.

But he has also assumed one of the most coveted roles for the last 15 years, playing James Bond in five different movies, with his latest, ‘No Time to Die‘, his last as 007.

And as part of his promotion for his send-off film, Craig was asked by Jamie Carragher if he thought Jurgen Klopp would make a good James Bond?

His answer was one that showed his love for the Reds boss, “I worship him so, yes!” Craig said on Sky Sports.

“I’ve been really lucky enough to meet him a couple of times and you just want to follow him.

"Do you think Jurgen Klopp would make a good James Bond?!" ?

Jamie Carragher speaks to 007, aka Daniel Craig as the latest Bond movie No Time to Die is released in cinemas ? pic.twitter.com/uxVpEl1OJD

“There’s a couple of people I’ve met over the years like that, the other one is Alex Ferguson actually but I shouldn’t really mention him.

“He’s a leader and I think he’s way beyond James Bond really.”

You can’t argue with Craig’s assessment there, Klopp truly has been the architect of the club’s rise and his leadership and skilful know-how has transformed Liverpool from nearly men to champions and consistent challengers.

And he’s certainly got a fierce stare to compete with Bond’s to match his tenaciousness! 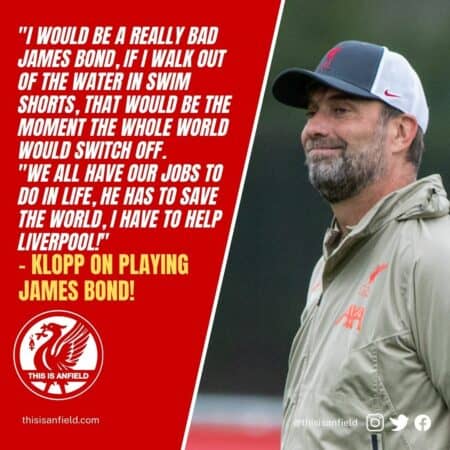 The boss himself, however, hilariously said in response: “Thank you for these nice words but I’d be a really bad James Bond because if I walk out of water in swim shorts I think that would be the moment the whole world would switch off!

“We all have our jobs to do in life, he has to save the world, I have to help Liverpool!”