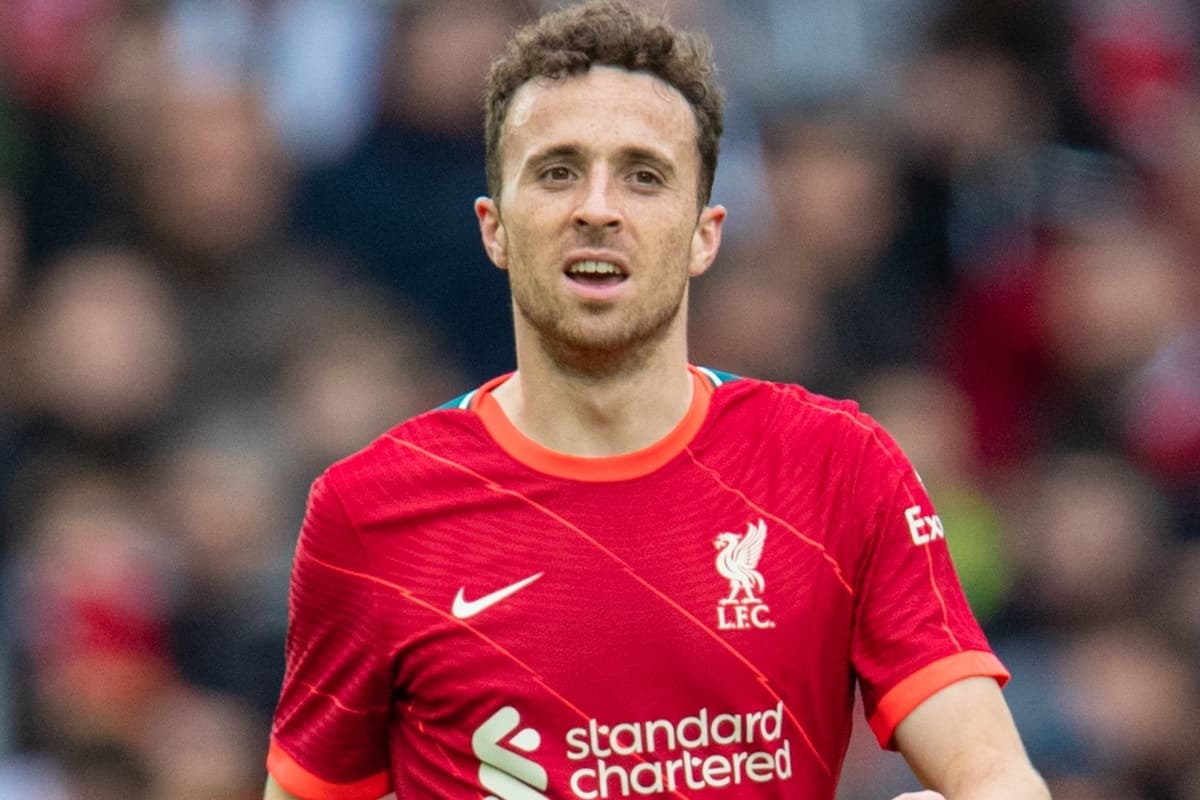 Diogo Jota is under serious doubt for Liverpool’s trip to Watford on Saturday after being sent back to Merseyside by Portugal due to an ongoing muscle issue.

The 24-year-old was to represent his country once more this month after becoming an ever-present for Fernando Santos but has been unable to train with the team.

Jota has been completing his own programme with Portugal’s physios for an undisclosed muscle complaint and with no chance to play from the start or from the bench against Luxembourg, he has been “dismissed.”

Portugal confirmed the news before their World Cup qualifier on Tuesday night, with a statement confirming Jota has been “considered unavailable by the FPF Health and Performance Unit.”

It went on to say: “The Liverpool player, who has already left the stage of the National Team, did a conditioned job since the beginning of the preparation,” having also missed the match against Qatar.

It’s positive that no risks were taken over Jota but it leaves Liverpool’s No. 20 with a race against time to prove his fitness for the early Saturday kickoff.

The Reds received a boost with Curtis Jones bouncing back from a groin complaint to feature for England’s under-21s, but there is no guarantee over Thiago and Trent Alexander-Arnold while Alisson and Fabinho are to be absent at Vicarage Road.

It’s far from ideal for Jurgen Klopp and co. but should Jota be unavailable the manager will have the likes of Mohamed Salah, Roberto Firmino, Sadio Mane, Divock Origi and Takumi Minamino to select from up top.