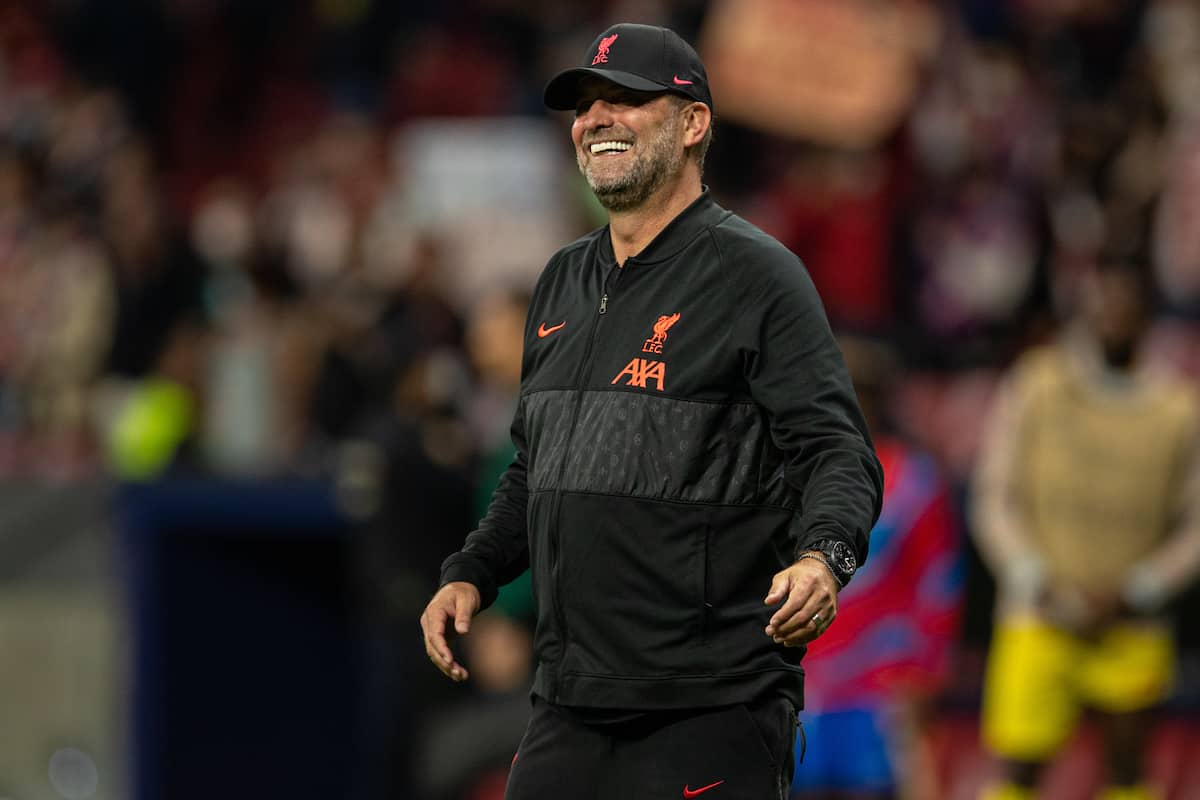 Jurgen Klopp has played down his reaction to Diego Simeone avoiding a post-match handshake by running straight down the tunnel after Liverpool beat Atletico Madrid.

The Reds emerged triumphant from a frenetic game at the Wanda Metropolitano, with Mohamed Salah‘s second-half penalty proving the decisive goal in a 3-2 victory.

Salah had opened the scoring early on before Naby Keita added another, only for Antoine Griezmann to net twice and then get sent off for a high challenge on Roberto Firmino.

Mario Hermoso then gave away a penalty with a bizarre challenge, and after Salah converted that spot-kick, Atletico were denied in a similar incident as Diogo Jota brought down Jose Gimenez.

It was a tense night decided by the referee heading towards his pitchside monitor, and Atletico’s well-paid cheerleader Simeone was clearly not happy at the final whistle.

No handshake between Simeone and Klopp as the Reds edge Atletico in a five-goal thriller! ???

But though his counterpart ran away from his attempted handshake, Klopp did not hold a grudge as he spoke to BT Sport after the game.

“The situation is clear: I wanted to shake his hand, he didn’t want to,” the manager explained.

“His reaction was, for sure, not right; mine was not too cool as well. But we are both emotional. So when I see him next time, we will shake hands, definitely.

“He was obviously angry, not with me, but with the game, the world, stuff like this. Nothing else.”

"I wanted to shake his hand but he was running off. I don't think he did anything wrong."

"Next time we see each other we will definitely shake hands."

It was a strange reaction from Simeone after a highly charged 96 minutes in Madrid, and he will no doubt regret his decision in the hours after full-time.

There may be no love lost between him and Klopp, of course, but the lack of respect shown is not befitting of a manager of his stature.

Fortunately, they don’t need to wait too long until their next meeting, with Atletico heading to Anfield on November 3 – and if Liverpool win, they are through to the last 16.