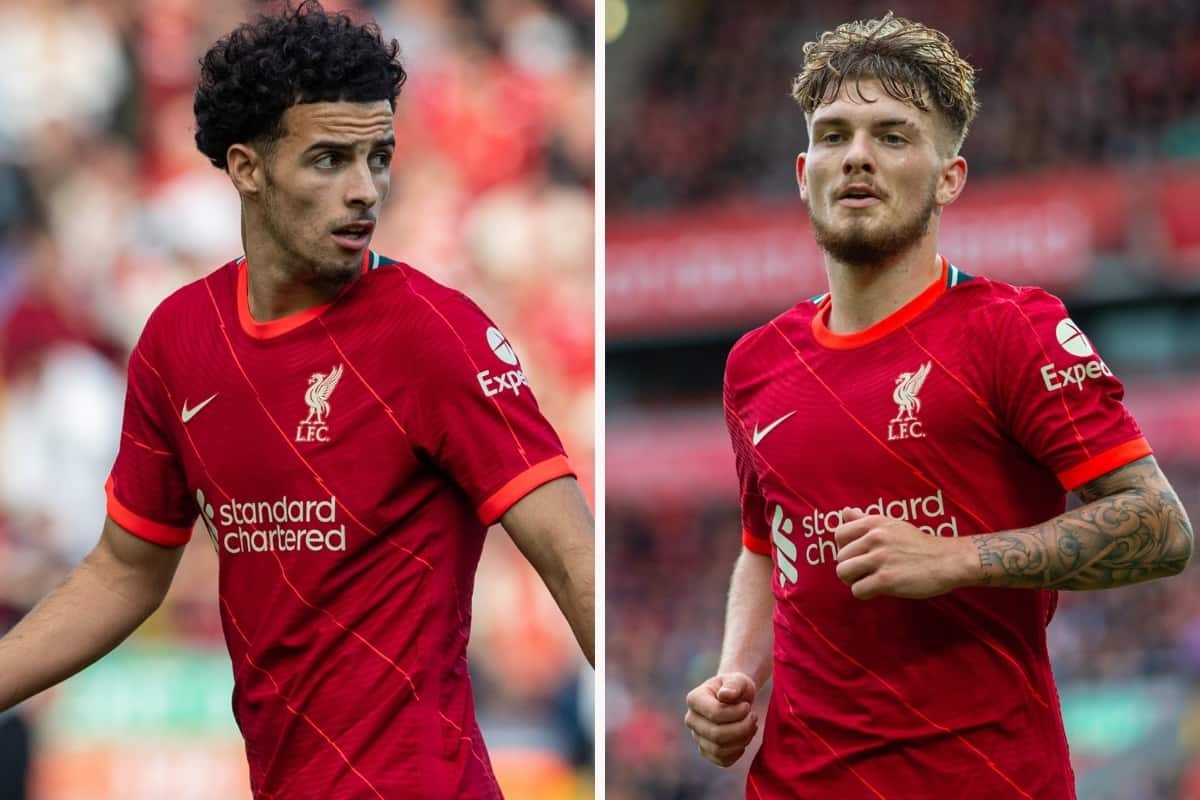 For much of Jurgen Klopp‘s time at Liverpool so far, the midfield has been the least inventive part of the side, but this season, with two young talents, has prompted a switch.

Only a few moments had passed since Liverpool had completed, given the circumstances, a momentous feat.

Having looked out of the race for top four just weeks earlier, Jurgen Klopp’s side had remarkably ended an injury-plagued season with a respected third-place finish.

The story of the afternoon, and even the final weeks of the season, would belong to the heroics of Nat Phillips and Rhys Williams as they somehow dragged the Reds from the brink of despair to Champions League qualification.

However, there would be a subplot to the achievements that afternoon as Liverpool waved goodbye to their long-serving, ever-reliable midfield engine, Gini Wijnaldum.

Wijnaldum waited at the mouth of the Anfield tunnel as his team-mates gathered in acknowledgement of his efforts in the previous five seasons, giving the midfielder one final honour, echoed by the returning 10,000 supporters inside Anfield on a bleak Sunday afternoon in May.

A bewilderment grew among supporters to allow a Champions League and Premier League winner to effortlessly wander out of the backdoors of Anfield that would linger all summer long, as many begged for some form of replacement.

When quizzed on his midfield options ahead of the new campaign, though, Klopp portrayed an individual who was rather content with the options at his disposal, batting away suggestions that any chosen midfield trio would be unable to contribute enough at the top end of the pitch.

However, Wijnaldum’s departure didn’t exactly leave the Reds indebted to goals, as the Dutchman only managed nine goal contributions during his final two seasons on Merseyside.

Nevertheless, it felt like the selfless role he undertook during his five years at Anfield often saw him underrated by those outside of the Merseyside bubble, and, even at times, sections of his own support.

Even so, his job often required him to carry out the less glamorous parts of the game as Klopp’s blueprint was executed because of cohesion between his set units, with Wijnaldum, Jordan Henderson and Fabinho providing a dependable base for both Andy Robertson and Trent Alexander-Arnold to prosper.

However, Liverpool’s early season form suggests that there has been a loosening of the restraints that had previously been placed on the third member of the Reds’ midfield.

During the recent domestic and continental success, Klopp has often preferred to select something of a workmanlike midfield, selecting those who willing to harry opponents in both directions.

This saw the Reds’ former No. 5 confined to a certain skillset during his Anfield days, as he was able to emphatically display his alternative style with the Netherlands.

Yet last season, attacking input from midfield was something of a rarity, as Klopp’s men only managed 16 goals and assists from midfielders over the course of the season, averaging out at 0.08 contributions per 90 minutes.

However, one look at Liverpool’s unprecedented defensive crisis would justify that accordingly, as the likes of Henderson and Fabinho would be forced to deputise as centre-backs for a large chunk of the season. 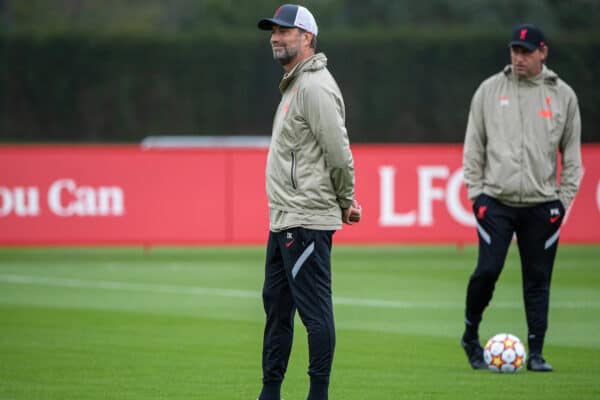 Early signs from the current campaign point to a systematic change from Klopp, allowing his third man in midfield to operate with far more freedom than Wijnaldum had.

This season, it has been a completely different tale as there’s been a staggering 12-goal contribution from midfield so far, which is already just short of their substandard tally of 16 from the entirety of last season.

The emergence of Harvey Elliott and Curtis Jones has clearly had an impact on how the midfield is now set up, as the two natural wide players often look to drive forward and offer support for Sadio Mane and Mohamed Salah.

The pair’s playing style naturally sees them take up more advanced roles, with Elliott drifting into spaces between the lines during the string of appearances prior to his injury.

Despite firing seven goals and 11 assists during a phenomenal loan spell at Blackburn last season, Elliott was harnessed back into a midfield role on his return to Anfield this summer.

It remains to be seen where his long-term positional future lies, as he certainly made an impression during the short time in his new occupation.

But for now, Liverpool’s midfield looks in excellent company.

In 2019/20, when Liverpool were crowned champions of England, Klopp’s midfielders made 47 goal contributions in all competitions, with Alex Oxlade-Chamberlain’s haul of 10 goals and assists being the finest return.

And so far this season, the Reds have bettered that return by averaging 0.40 contributions per 90 minutes, ranking far better than the 0.30 they averaged per 90 during that all-conquering campaign. 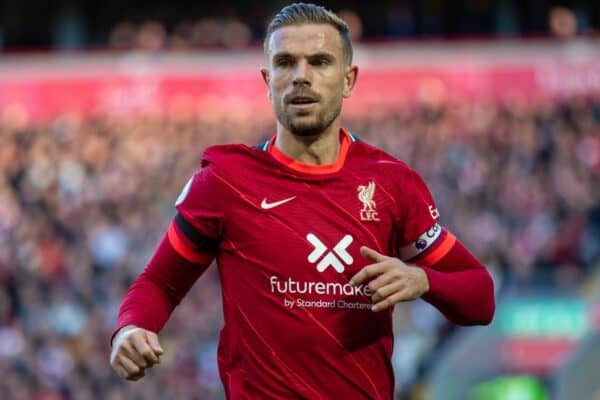 Klopp’s supposed tweak of the system has been further highlighted in recent weeks with Henderson moving significantly higher in-game, allowing him to play slightly off Salah and upholding the theory that the new positions are not exclusive to young transitioning wingers, such as Elliott and Jones.

The early signs mean it certainly wouldn’t be inconceivable to voice the opinion that Liverpool now boast a complete midfield that resembles the versatility of a Swiss-army knife, especially with the principles of the attacking contribution being laid in the early weeks of the season.

These exploits could prove to be worth their weight in gold when the major honours are handed out in May.