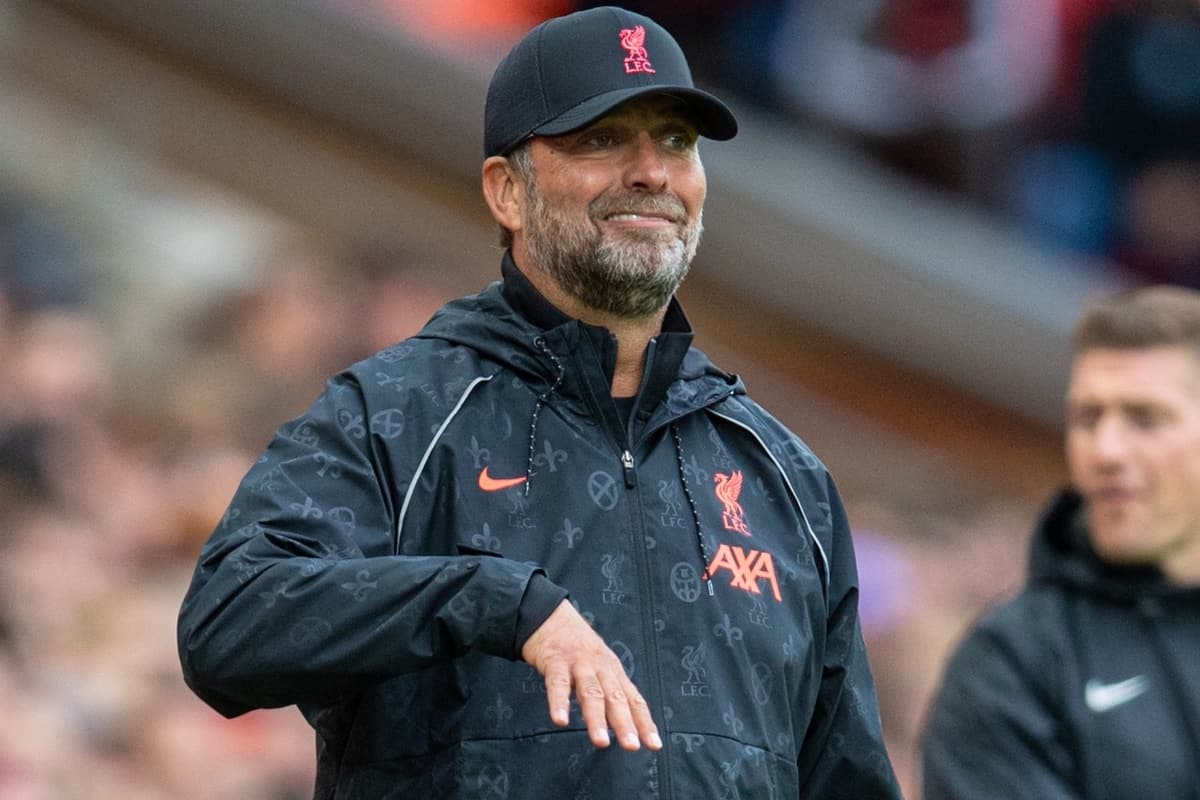 Jurgen Klopp was not willing to commit to naming the player who will step in at right-back in the absence of Trent Alexander-Arnold, with a hint at a change in the system.

The Reds are set for a huge clash on Sunday, with Man City to descend on Anfield in the final game before the October international break.

Liverpool are the only team who remain unbeaten with just two blemishes in their record in the form of two draws, while Pep Guardiola’s men are one point behind in the table having tasted defeat.

Klopp knows it will take the Reds’ best to collect another three points on the weekend, a game that needs a solution at right-back with Alexander-Arnold out with a calf injury – and there are three options.

James Milner and Joe Gomez both featured in the role at Porto, while Neco Williams‘ return from injury offers another option – but so does a potential system change.

“We do have a lineup, it’s not clear. We have three or more options for the position,” Klopp told reporters. “We have obviously James, we have Joe, we have Neco.

“We could change system, there are quite a few things and we have time to train this week. There are a lot of things possible.

“But football is not the game anymore where you should have these one v one challenges for a long time, there are moments, seconds.

“But whoever plays there should be protected by at least two players in a right-back situation so that’s the centre-half and the midfielder and the winger in an ideal world.

“So whoever plays there should not be afraid he will be there for a long time by himself and against really good football players.

“We have to defend as a unit and if we do that then it will be tricky for everybody.”

A back three with a right-wing-back would be the likely system Klopp is hinting at, and the manager is not afraid to mix things up from time to time.

But equally, 4-2-3-1 may also come into consideration – either way it will leave Guardiola with plenty to think about in the coming days with kickoff not until late on Sunday.