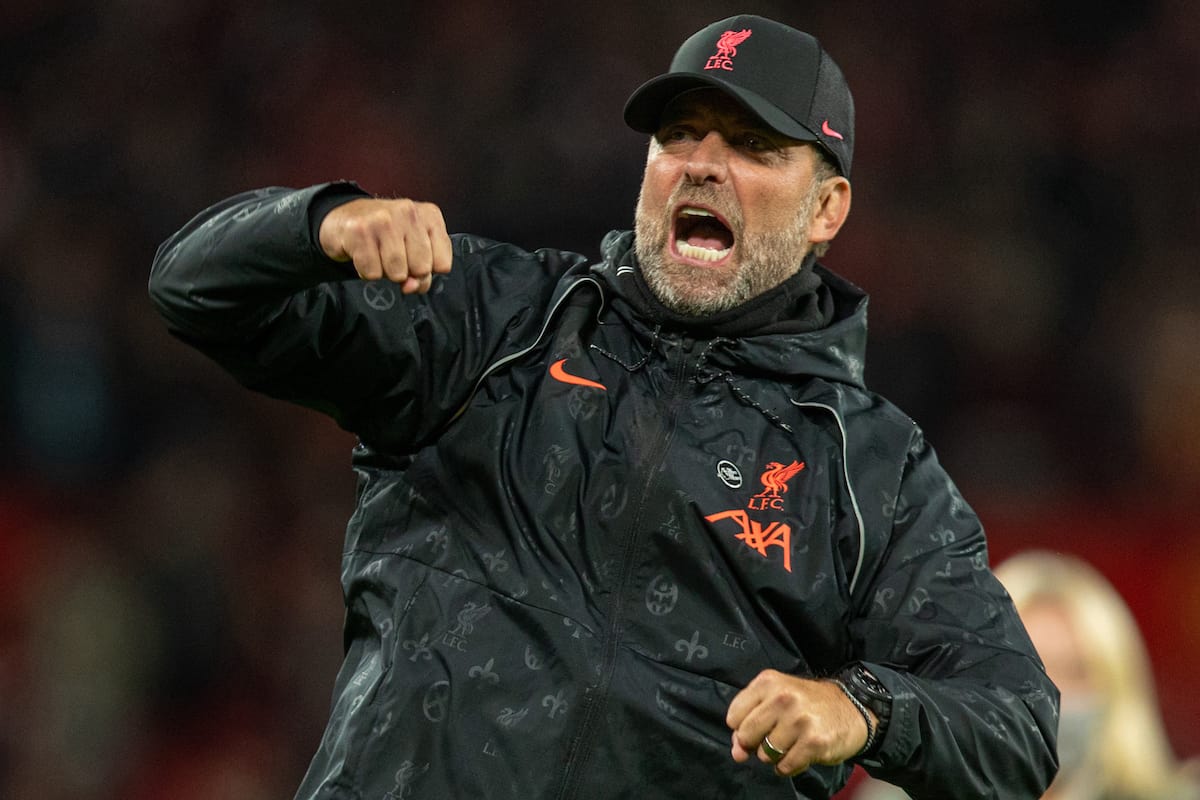 Jurgen Klopp has now managed the most Premier League games of any manager in Liverpool’s history, and marked it with a record 200th victory with the club.

Earlier this month, Klopp celebrated his six-year anniversary of taking over at Anfield, having led the Reds to a first-ever Premier League along with a sixth European Cup.

The 54-year-old could be on course for another top-flight title as Liverpool currently sit second in the Premier League with a point separating them from leaders Chelsea.

An emphatic 5-0 win at Man United kept up the pace at the top, with Klopp describing it as a “little chapter” for his side in the history of the club.

It is undoubtedly one of the best results of Klopp’s reign – and, in fact, the Reds’ time in the Premier League – with it providing a fitting mood for the German’s landmark day.

At Old Trafford, Klopp managed his 229th game with Liverpool in the Premier League, seeing him overtake Rafa Benitez (228) in leading the club in more games since the league’s inception in 1992.

Klopp had already passed Gerard Houllier (216) towards the end of last season, with this tally also exceeding the Frenchman’s record including the 12 games as joint-manager alongside Roy Evans.

Impressively, the win was also Klopp’s 200th in charge of Liverpool in all competitions – and doing so in just 331 games, he is the fastest to reach the milestone in the club’s history.

? "Wow! We won today, so we drink a beer on the way home, I'm going to drink the beer and think about that." ?

Jurgen Klopp finding out he became the fastest manager to reach 200 victories as Liverpool manager pic.twitter.com/tDOuGBrLMR

“OK, wow. That’s a big one as well,” he told Sky Sports when informed of the record.

“When you speak now about that, I understand myself – as a very positive person – I have a few defeats in my mind which I thought were absolutely unnecessary, to be honest!

“But we won today. We always drink a beer on the way home – one – and when I drink the beer I will think about that as well. It’s obviously a nice achievement.”

Dalglish, Paisley, Shankly, Benitez, Houllier and Watson are all legendary names in the history of Liverpool, and Klopp has earned his place among those.