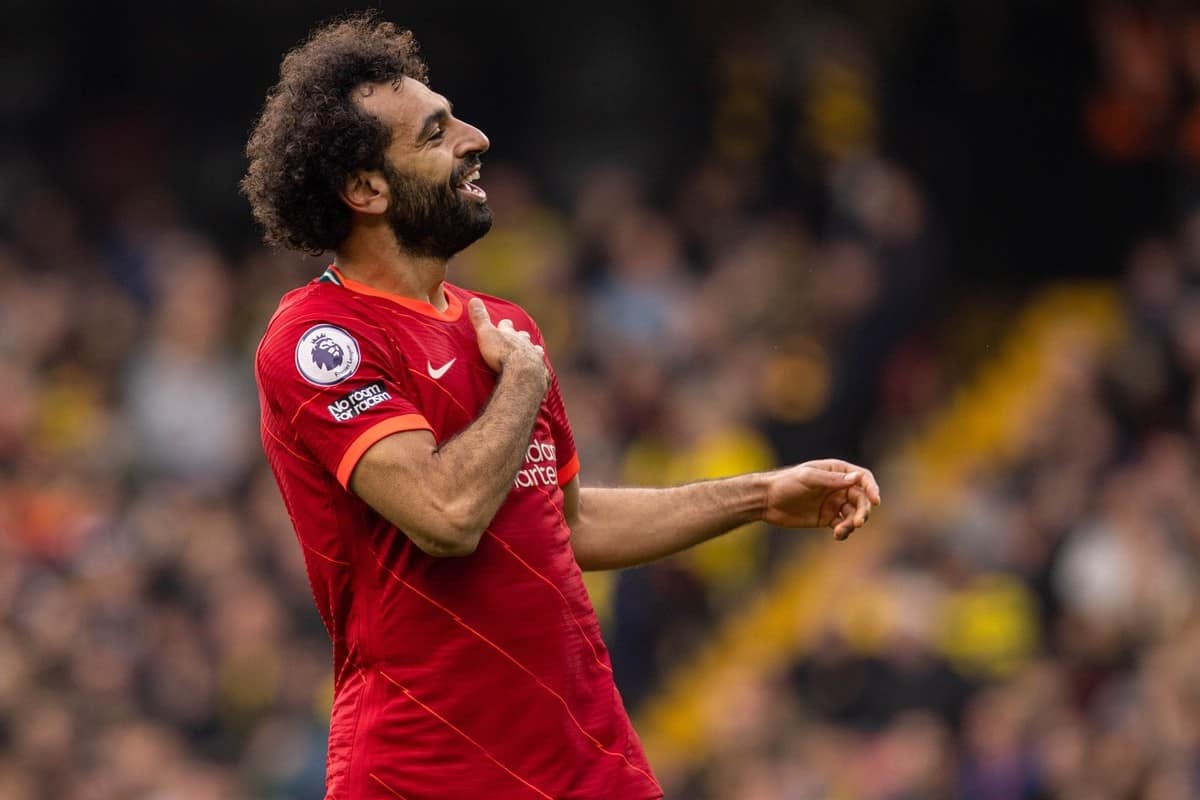 Jurgen Klopp hailed Mohamed Salah’s “outstanding performance” in Liverpool’s 5-0 demolition of Watford and reiterated his belief that the Egyptian is the best player in the world.

The forward laid on the early opener for Sadio Mane with an exquisite pass, the Senegal international’s 100th Premier League goal, and produced another stunning individual effort in the second half.

Salah showed impressive footwork to leave multiple defenders behind him as he crafted an opening for a curled strike into the far corner, registering for the eighth consecutive game.

Roberto Firmino also netted a hat-trick as Liverpool condemned Claudio Ranieri to defeat in his first game in charge of the Hornets.

But Salah’s display took centre stage, with Klopp saying: “He was really good today, but the three goals from Bobby was really nice, 100 Premier League goals from Sadio, all these nice stories but we cannot overlook the performance of Mo today.

“It was an outstanding performance to be honest, I like how he played today and that’s really important for us, that’s why he can win football games.

“The goal was very special but if you go back a little bit you might find a goal against Watford at home which looks pretty similar to this one.

“He obviously is that kind of player who can do these kinds of things so good for us.

“He’s for sure one of the best in the world now, but it’s not about me and who I say is the best.

“For me he is the best, I see him every day, that maybe makes it easier for me, but there’s Lewandowski out there, Ronaldo still scoring like crazy and Messi still scoring on a world-class level.

“But at this moment he is for sure on top of that list.”

Although it was not the welcome return to the Premier League that former Chelsea and Leicester boss Ranieri would have hoped for, even the new Watford manager was appreciative of Salah’s performance.

Ranieri, having replaced Xisco Munoz at Vicarage Road, insisted he is ready to work with his new team.

“We know it was a difficult match. I think at the beginning we were very very nervous and after nine minutes we concede a goal and I think some of their goals were our presents,” he said.

“I watch some bad things about my team but I watch some good things for example the last 20 minutes when we played face to face against Liverpool.

“I know before coming that I had to work very very hard and I am ready to work.”