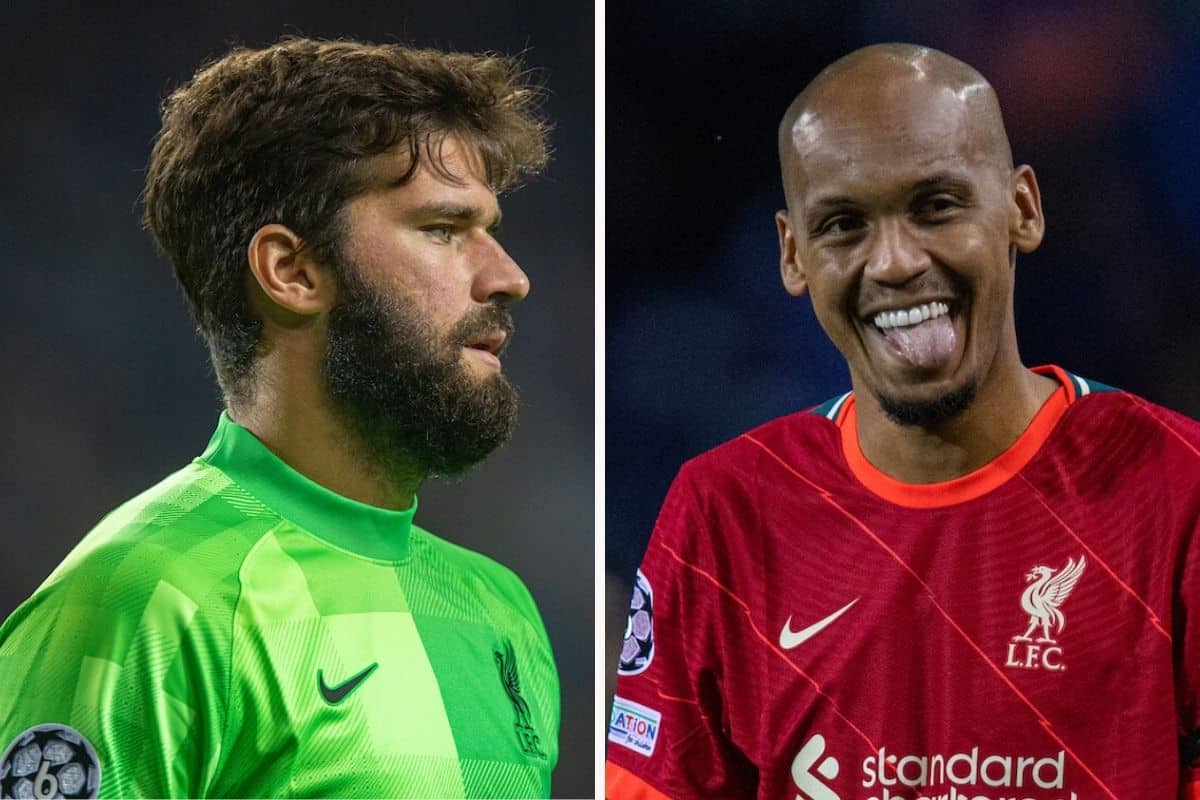 The international break has thrown up its fair share of conundrums for Liverpool, none more so than Alisson and Fabinho, but they may just miss one game.

The pair are all but guaranteed to miss the trip to Vicarage Road with just 35 hours between kickoff for Brazil and the first whistle at Watford.

It’s to see Caoimhin Kelleher get his chance in the Premier League once more, while Jordan Henderson will fulfil the deep-lying midfield role in the No. 3’s absence.

It’s far from the perfect solution for Jurgen Klopp as Liverpool had a request to push back Saturday’s kickoff denied to give themselves the opportunity to field their Brazilians.

It then led to questions pertaining to their ability to feature at Atletico Madrid three days later due to a 10-day quarantine on their return to the UK, which does allow them to train and play.

Travelling straight to Spain from Brazil had been mooted before quarantining on return to Merseyside as leaving the bubble to travel to another country appeared highly unlikely.

However, the Telegraph‘s Chris Bascombe reports that “Liverpool believe that they are free to leave their [quarantine] quarters in order to join the squad and play the game in Spain.”

This would be a major boost for the Reds as they contend with seven games in 22 days, with the Brazilian pair one of the first two names on the teamsheet each and every game.

Atletico are the closest rivals in Group B having collected four points to the Reds’ six in the opening two games, ensuring there is plenty on the line and Liverpool will want to be at their strongest.

They are to have Trent Alexander-Arnold, barring any reaction, in the fold after he was deemed fit to return at Watford and Curtis Jones, but question marks still linger over Thiago and Diogo Jota.