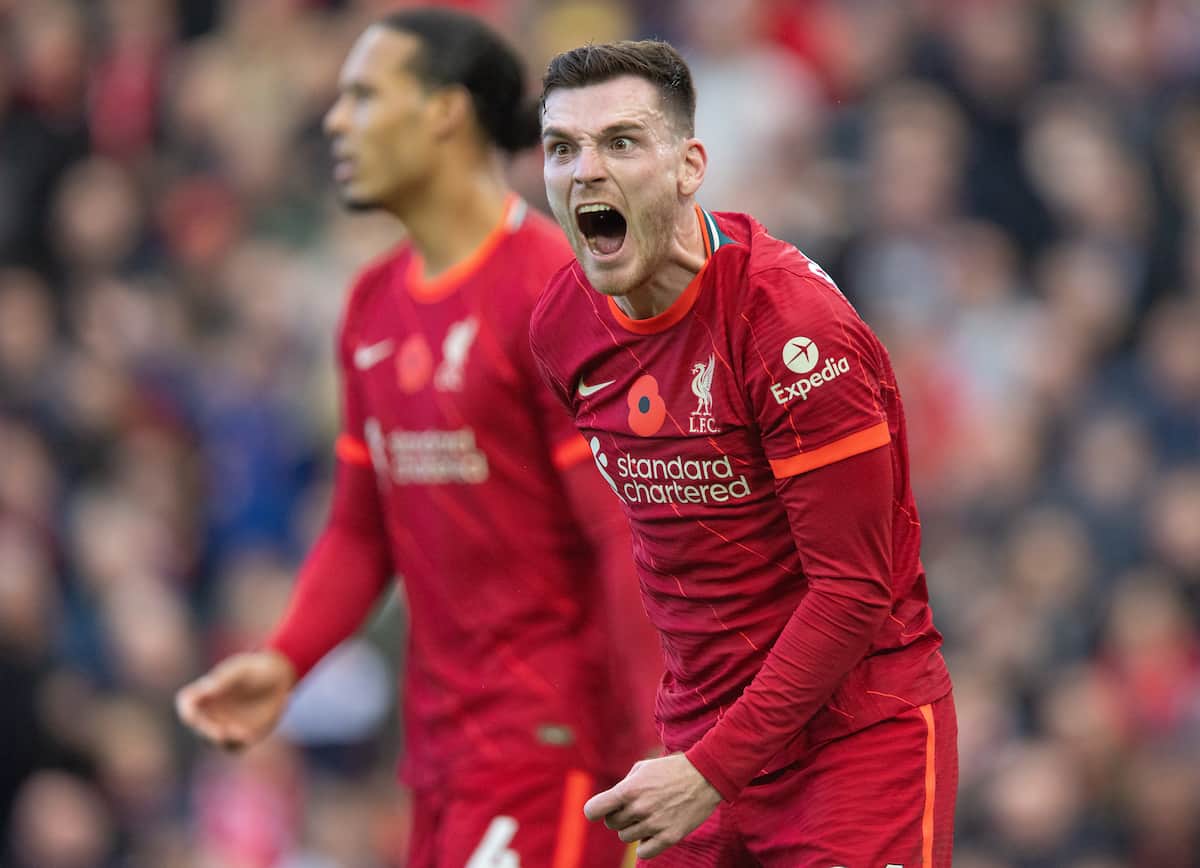 Liverpool drew 2-2 at home to Brighton in the Premier League on Saturday afternoon and the fans were left hugely frustrated and pining for the return of their No. 3.

The Reds were looking for yet another win after a scintillating run of form, as the fifth-placed Seagulls headed to Anfield.

Jordan Henderson got the hosts off to a flying start, finishing in style in front of the Kop, before Sadio Mane headed home to make it 2-0.

Enock Mwepu reduced the arrears, however, and Leandro Tossard equalised midway through the second half.

Brighton deserved a point in the end, as Liverpool got overrun and lost energy as the game went on, failing to fully capitalise on Man City‘s defeat at home to Crystal Palace.

There was lots of frustration at the final whistle…

Frustrating and two points very much dropped. Far too casual from the Reds at times. Obviously we’ve dropped points when City have lost. Advantage Chelsea, bizarrely.

Hard to pick a decent player there tbh. Got away with it. Lick our wounds and go again. #LFC

From winning 5-0 at Old Trafford to bottling a 2-0 lead to Brighton at Anfield. Typical.

These bastards are becoming a real bogie team! Really frustrating.

Really disappointing. City lost, true enough, and Brighton are an excellent team but Liverpool were very poor for the entire second half. Bit like Atletico in that it became a basketball game and they didn't stem the flow. Missed Keita when he went off

Didn’t learn a thing from Brentford. Couldn’t cope with another side who made the pitch massive,

That’s a shocker from Liverpool. Brighton are a really good side. Thought we’d won it at 2-0.

Fully deserved point for Brighton. Klopp had a stinker, on to the next.

The midfield was poor and key absent figures were missed…

The Fabinho loss remains the most significant. Our best and most influential midfielder by a distance, followed by Thiago.

We need a midfielder in January if this is going to keep on happening. Can't be relying on Oxlade-Chamberlain and Curtis Jones…

Liverpool deserved no more than a point there – in fact, they would've lost if someone like Mignolet was in goal instead of Alisson.

Brighton excellent, one of those, move on.

JONES AND OX HAHAHAHA PLS JUST GET OUT MAN

There was a reason many wanted an extra CM signed

Too many of ours miss more than their fair share.

We were second best today and fortunate to get two goals ahead. Even so to drop points from that position is frustrating. The midfield was wide open at times and we missed Fabinho badly. Brighton under Potter have always been a tough opponent for us. Excellent manager.

Can’t wait for Fabinho, Thiago and Naby to be fit again.

Need Fabinho and Thiago back asap

Anyway, once again, we see why Fabinho is the best DM in the league and why we miss him.

Jones and Oxlade-Chamberlain came in for lots of criticism…

ox and jones can kindly just stick to cup games

Ox and Jones midfield is up there with the worst we have ever seen. Its worse than the ones with Joe Allen in there

Ox had a good assist but he’s just not good enough anymore. That midfield of Henderson, Jones and Ox was nowhere to be seen.

“Brighton unlucky not to take all 3… Came and had a go unlike Curtis jones, Bobby etc. Lethargic, too many touches. Jones literally thinks he’s a superstar gets on the ball trying make things tick and just slows everything like emre can used to.”

Curtis Jones and Ox in the same midfield is not it. Bypassed so easily.

Henderson is largely on his own in midfield, was a great assist from Ox but he has largely gone missing since and Jones just hasn't performed, raging about Keita injury he was interlinking with Salah and Trent brilliantly

I never want to see Jones and Ox in the same midfield again, that was painful to watch. Just so unbalanced that it wouldn't even work with Fabinho as the 6

Alisson was the one player who came away with credit…

Brighton would be 5-2 up if it wasn't for Alisson Becker.

Alisson motm for me other than Trossard

Poor 2nd half and 2 more points dropped at home, but we can't blow teams away every week. Shit happens. Alisson MOTM. Onto the next one. Up the reds!!

Alisson is just absolutely immense. Again today he saved us on so many occasions. Best in the world for me