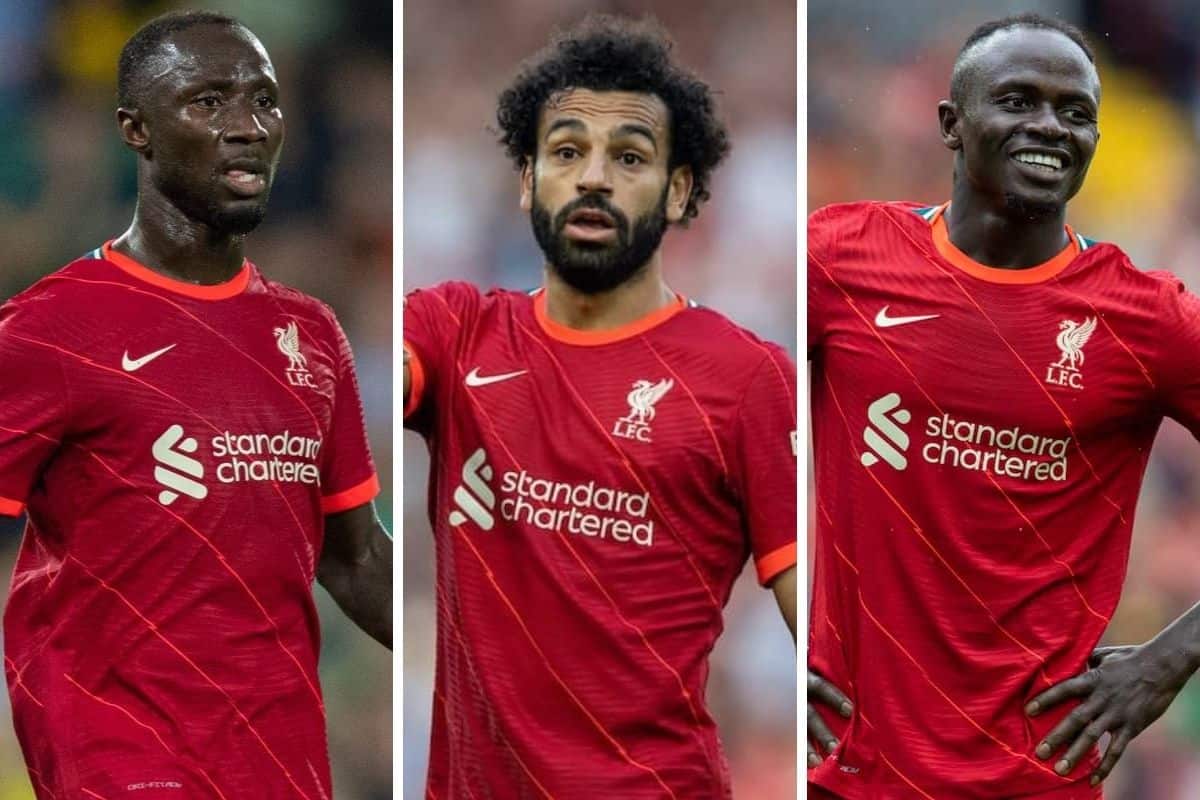 Liverpool face the prospect of losing Mo Salah, Sadio Mane and Naby Keita for longer than first thought when the Africa Cup of Nations rolls around, with a potential for six missed games.

The trio are to take part with their respective countries in the competition that has returned to its familiar dates between January and February, with Cameroon the hosts.

Back in September, Jurgen Klopp spoke of the need to “deal with it” and that “we have to find a solution in January,” with the Reds unable to call upon two of their most reliable forwards.

Add to that an important midfield option and there is plenty for the manager to ponder.

The competition runs from January 9 to February 6, 2022, following its postponement due to COVID-19, but FIFA rules suggest the trio could be required to leave Liverpool earlier than first thought.

As reported by the Athletic, the rule states that players “must be released and start travel to their representative team” no later than the Monday in the week preceding the start of the tournament (Jan 9).

This would mean December 27 is when the players would be required to leave, in the middle of a hectic festive period that would rule Salah, Mane and Keita out of the trips to Leicester (Dec 28) and Chelsea (Jan 2).

Add to that the league matches against Brentford (Jan 15) and Crystal Palace (22) add a third and possible fourth-round FA Cup tie (Jan 8 and Feb 5) and that’s potentially a six-game absence for at least one Red.

A significant blow to Liverpool at one of the most crucial junctures of 2021/22.

However, there could be room to negotiate with 20 of the 24 countries participating in AFCON, including Senegal, Guinea and Egypt, starting their games into the next week (Jan 10-12).

This would then shift the seven-day release date to January 3, ensuring the trio would be free to play against Leicester before leaving a day after the Reds’ trip to Chelsea, but this would need to be agreed upon with each association.

However, that special dispensation would need to be across the board to ensure the integrity of the competition remains.

It sets up another battle of wills between national teams and clubs in the coming months, with players likely to be stuck in the middle as they were with Brazil.

Of course, their return and the final number of games they will miss will also be heavily reliant on how far each progress in the tournament, with January 18th the earliest for any Red should they be knocked out at the group stage.