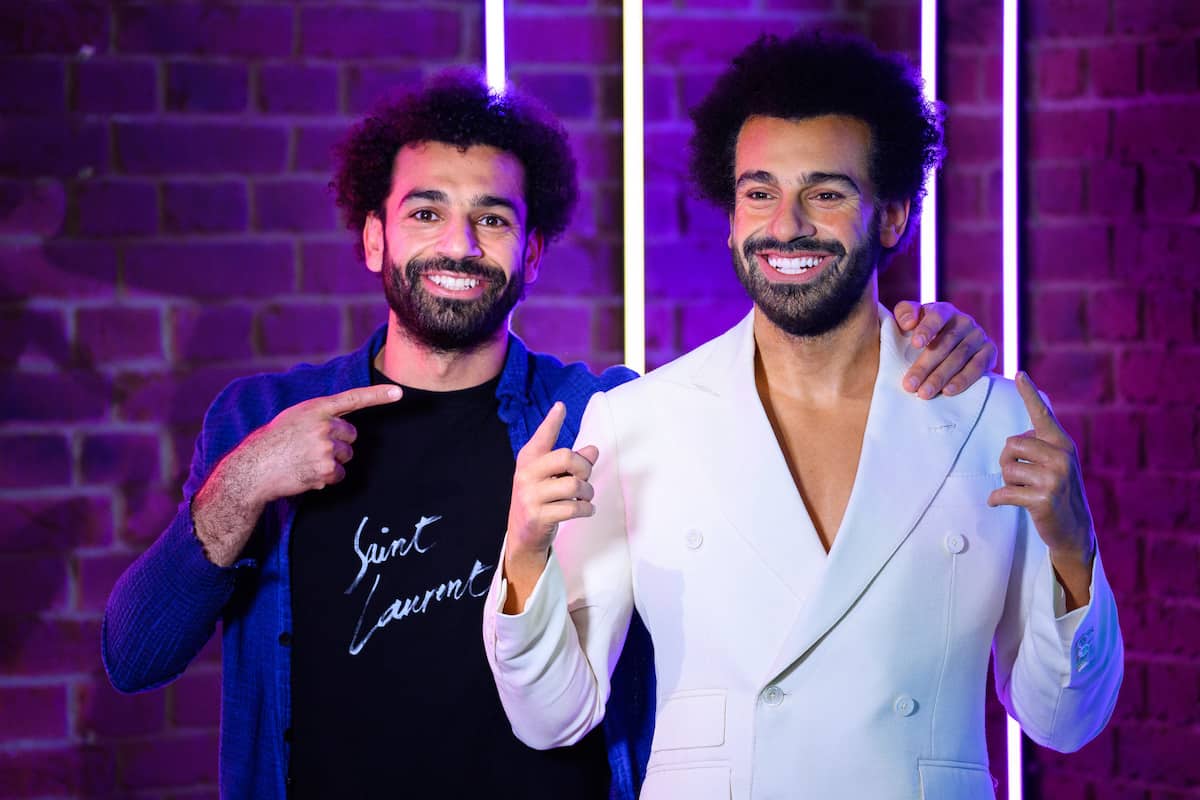 Mohamed Salah has been immortalised in wax in London thanks to the iconic Madame Tussauds, with the Egyptian King’s reach beyond the football pitch continuing to grow day by day.

Liverpool’s No. 11 is in unrivalled form and has been breaking records on the pitch left, right and centre with his standing as the world’s best hard to argue.

Salah was key to the significant win at Atletico Madrid on Tuesday and clinched the title as the club’s leading goalscorer in the Champions League thanks to his brace.

And the spotlight has only intensified on the 29-year-old following the announcement of his very own wax figure at Madame Tussauds.

“That looks exactly like me…does he have abs or not?” was his response at seeing his finished figure for the first time in London.

Salah’s figure stands in Madame Tussauds London’s Awards Party zone and is dressed the part in the cream suit he wore on the front cover of GQ Middle East magazine with his fingers pointed upwards in a nod to his goalscoring celebration.

“It’s been an amazing experience working with the artists at Madame Tussauds London to create my first ever wax figure,” Salah said.

“It’s a blessing to be recognised and immortalised in this way. I couldn’t believe it when I stood alongside ‘me’, it’s like looking at my own reflection in a mirror! I can’t wait to see what the fans think.”

From October 22, Salah’s figure will stand alongside those of David and Victoria Beckham, the Duke and Duchess of Cambridge, Dwayne Johnson, Helen Mirren, Brad Pitt and Priyanka Chopra Jonas.

His standing alongside those names was an intentional choice to mark his “international superstar status,” which continues to go from strength to strength.

“We’re sure a lot of people would have expected to see Mo’s figure styled in his Liverpool kit, but we really wanted to mark his international superstar status and he feels right at home in our Awards Party zone.”

Salah is currently on a nine-game scoring run for Liverpool, a new club record, and he has 137 goals in 214 matches as a Red, which already puts him 10th on the club’s all-time goalscorers.

Combine his on-field prowess with his work off it and you can see just why he is a much-loved and celebrated figure.