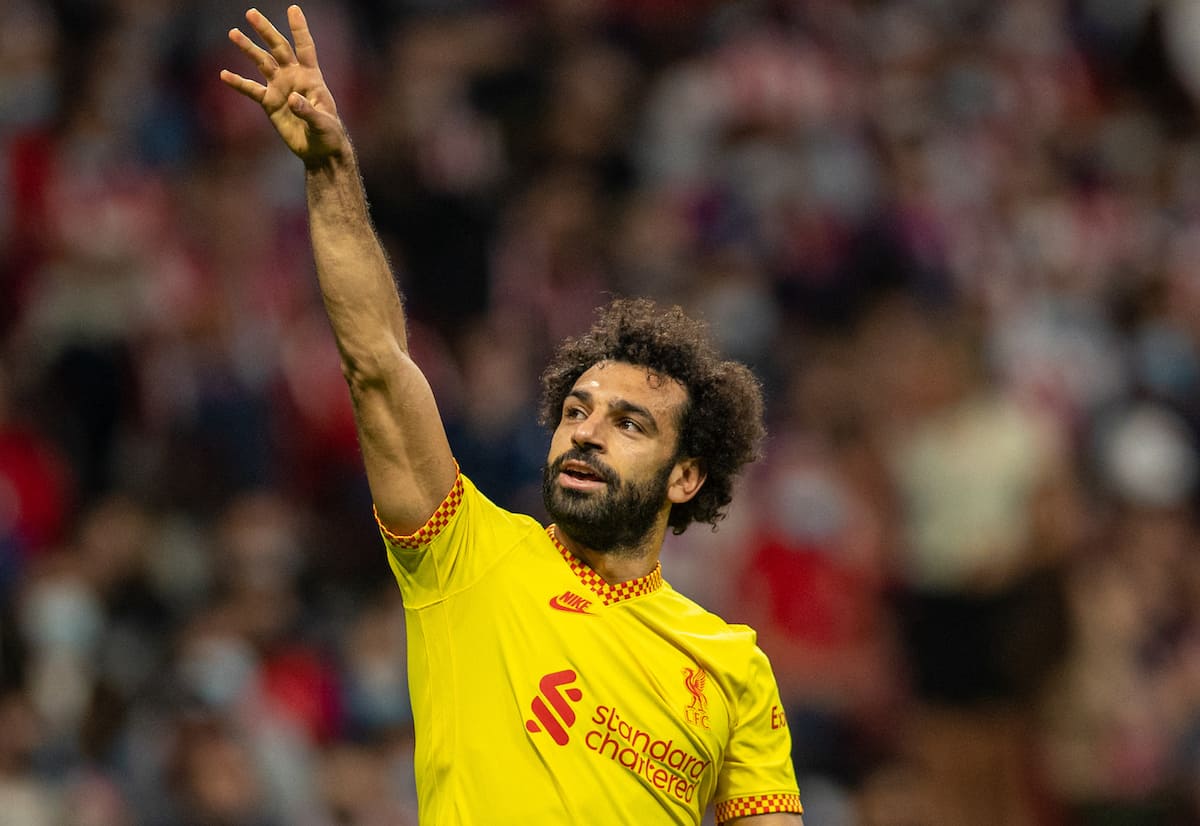 Mohamed Salah has broken Steven Gerrard’s record as Liverpool’s leading goalscorer in the Champions League after the No. 11 scored twice in a frenetic win over Atletico Madrid.

The Egyptian King opened the scoring at Wanda Metropolitano Stadium with a mazy run across the box in the eight-minute, although it did come under scrutiny with James Milner temporarily awarded the goal.

In the end, it would be Salah’s to see him etch his name on the scoresheet for the ninth game in succession – a Liverpool record in itself.

And after Atletico Madrid got back on level terms as Liverpool’s performance slipped, a penalty would be awarded and Salah stepped up and duly converted.

A brace and the match-winner to send Liverpool five points clear in Group B, but it was also significant in that it took Salah’s tally to 31 in the Champions League for Liverpool in just 48 games.

That sees him move ahead of Gerrard as the club’s all-time leading scorer in the Champions League, which was formed in 1992 after the European Cup was renamed. 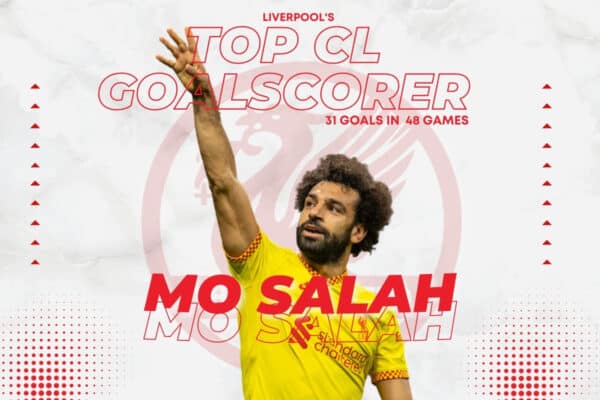 Gerrard scored 30 in 87 appearances, making Salah’s feat that more impressive having surpassed the figure in 39 fewer games despite the different positions they each occupied.

Sadio Mane (20 in 44) and Roberto Firmino (18 in 45) sit third and fourth in the goalscoring charts respectively, with the duo more than capable of hunting down the former captain in due time.

Dirk Kuyt (12 in 40) completes the top five and further highlights the incredible scoring rate from Salah since he arrived in the summer of 2017.

And if that wasn’t enough, Salah has scored more away goals (15) in the European Cup than any other player in the club’s history.

The Egyptian has now scored 10 goals in 10 appearances this season and his status as the world’s best player continues to be cemented each and every time he takes to the pitch.

We are witnessing greatness. Enjoy it. Embrace it.