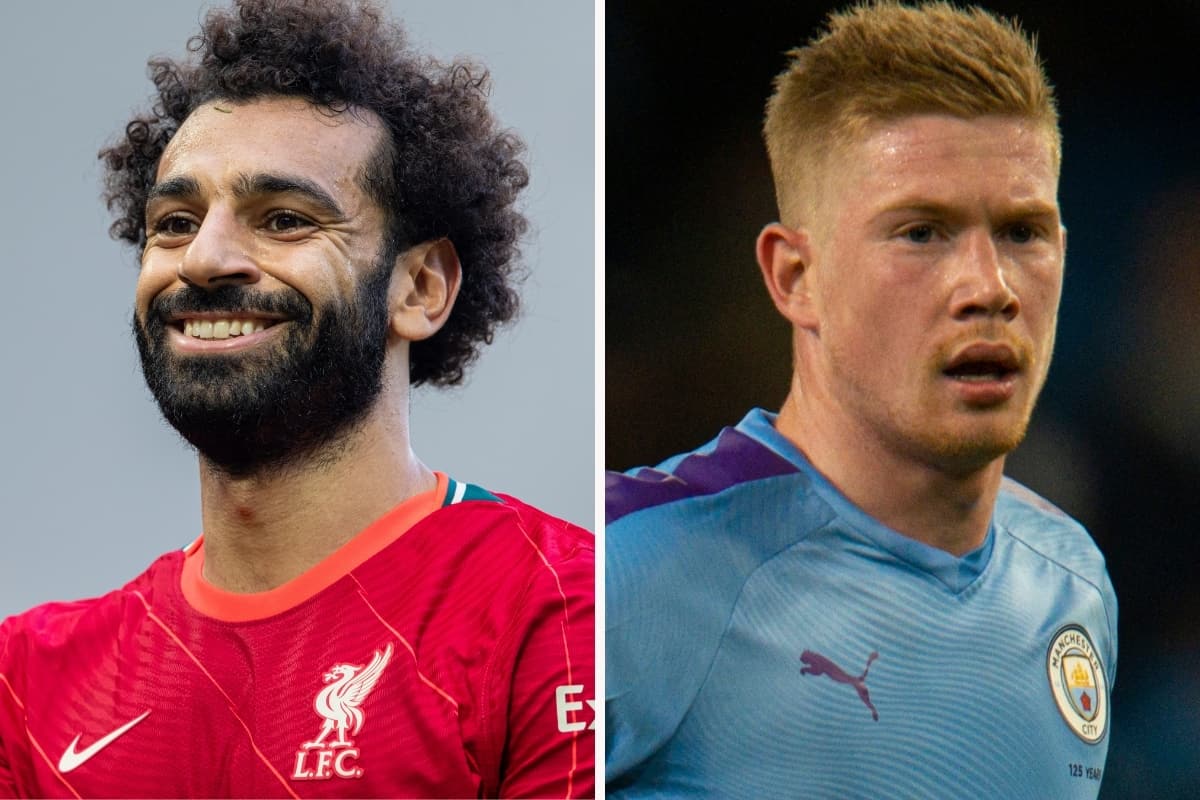 Mohamed Salah is eager to sign a new contract with Liverpool, with the two parties in negotiations, but talks are said to be clouded by Kevin De Bruyne’s Man City deal.

Liverpool are hoping to tie their No. 11 down to a new record-breaking contract until 2024, with the Egyptian already the club’s highest earner.

Any extension for Salah would see him shatter the Reds’ current wage structure, which is clearly seen as a sticking point for Liverpool given the desire for parity among their top performers.

Virgil van Dijk, Alisson, Fabinho, Andy Robertson, Jordan Henderson and Trent Alexander-Arnold were among those to put pen to paper over the summer, but the most important deal, arguably, will be Salah’s.

As one of the best players in world football, who recently broke into Liverpool’s all-time top 10 for goals scored, the 29-year-old deserves to be paid as such.

Encouragingly, The Athletic‘s Simon Hughes reports that it is Salah’s “preference to remain” at Anfield, though there are concerns over the time it has taken without an agreement being reached so far.

“He has seen how smoothly City dealt with Kevin De Bruyne’s contract negotiations and wonders why it has not been the same for him,” Hughes adds.

It is claimed that “Salah feels as though he is yet to reach his prime,” but Liverpool are “reluctant to pay what he feels he is worth” due to the precedent it would set for future deals.

The forward is believed to be earning in the region of £200,000 a week at present, while De Bruyne is the Premier League‘s highest earner on around £385,000 per week.

Hopefully, a midpoint could be reached, perhaps at a mooted £300,000 a week, that would both satisfy Salah’s demands and ensure stability when it comes to further negotiations with potential signings and existing players such as Sadio Mane.

There is no denying Salah’s importance to Liverpool, and any player brought in to replace him would arguably demand an even higher salary, but Hughes compares his situation to that of Mookie Betts at the Boston Red Box.

Hughes writes: “The star right fielder, a year younger than Salah, was traded to the LA Dodgers in 2020 because FSG, led by [John W.] Henry, decided a renewed investment in him had the potential to see wages spiral out of control.”