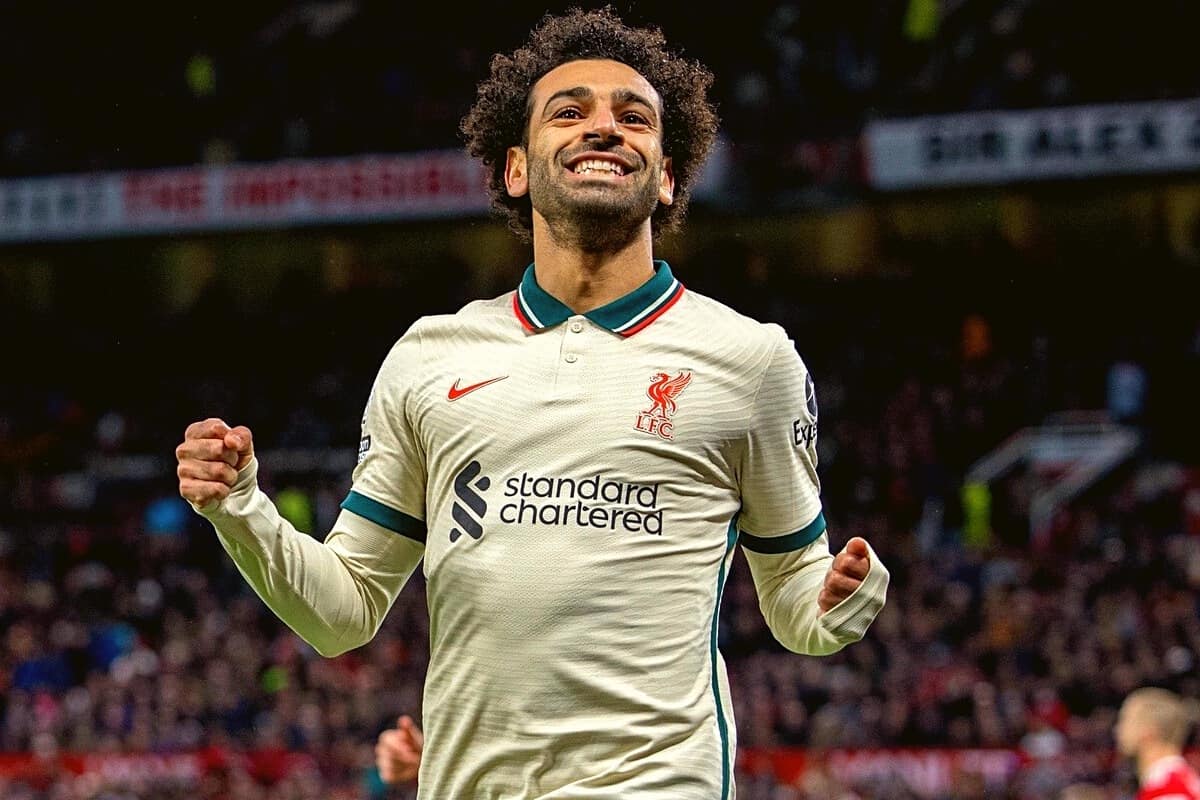 We’ve had world-class players before, but not of Salah’s level – and the alternative to giving him a new contract isn’t even worth imagining, writes Jeff Goulding.

In the post-match haze, amid the euphoria associated with Liverpool’s historic rout of Manchester United, one image stands out above all the rest.

On Instagram, a smiling Trent Alexander-Arnold posed with a grinning Mohamed Salah, and beneath the picture he had simply written the words: “Best in the world.”

His teammates know it, his manager and the supporters know it. Now it seems the whole world have finally caught up. In a rare moment of clarity and consensus, the jury of football opinion has returned a majority verdict, declaring Salah the best player on the planet.

Think about that for a moment, a player once ridiculously declared a “one-season wonder,” who cost Liverpool a mere £36 million just four years ago and who most of us thought was a decent winger who might improve the squad is now without equal in the world of football.

The Messi and Ronaldo hegemony is over, the kings are dead, long live the Egyptian King.

Liverpool have been here before in recent times. Players like Fernando Torres and Luis Suarez both arrived full of promise and reached stratospheric heights in a Liverpool shirt, only to leave for what they believed was greener grass.

Anfield had been a stepping stone for them and though we fumed and bemoaned the situation, deep down inside we could all understand it. Liverpool then were a million miles away from being able to satisfy Fernando’s and Luis’s aspirations.

Since then, the changes around L4 have been nothing short of seismic.

The team built by Jurgen Klopp is no rung on a ladder, no stop-gap on the way to greater things. Liverpool FC in 2021 are the ultimate destination for the world’s best players. They currently boast the best full backs and centre back in the game and the best keeper, and in Salah they have a player who I believe will one day be regarded as the club’s greatest ever player.

His numbers are incredible and each week he ascends to new heights of brilliance. This in no way undermines the achievements of those who’ve gone before.

It was no slight to Elisha Scott to declare Ray Clemence Liverpool’s greatest keeper, Kenny’s magnificence did not undermine Keegan’s greatness and it was no insult to Sir Roger to call Ian Rush the club’s greatest striker. Neither does it demean the achievements of Steven Gerrard to state the bleeding obvious, Salah has discovered new levels and he’s currently completing them on his own.

All of this means we must draw the inescapable conclusion, that the man is irreplaceable.

There is no one in world football who can do what Mo does and certainly nobody better. At 29 and at his peak physically and in terms of ability, Salah has years ahead of him at the highest level. And, get this, he wants to stay until his last ball is kicked.

This is a situation few of us dreamt was possible just five years ago. The best player in world football playing at Anfield and not wanting to go anywhere else. Not for the first time however, the only thing capable of taking a wrecking ball to this dream scenario is Liverpool FC themselves.

The price of keeping Salah 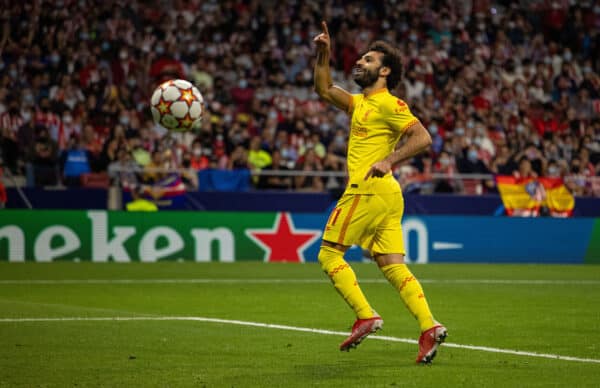 It has been reported that the price of keeping Salah at the club is £400,000 per week – or to put that in context, £83.2 million over four years. Talks, we are led to believe, have hit stalemate.

Of course, in these days of food poverty and social collapse, this is an obscene sum of money. In the context of the pandemic and its impact on club finances, it absolutely presents the Anfield hierarchy with a challenge. But it is one they simply must meet, on both footballing and economic grounds.

To replace Salah would cost Liverpool anywhere between £150-200 million, and realistically that does not guarantee a like-for-like replacement.

Of course, a player signed to take Mo’s place in the team would also command a huge salary. Suddenly that £83.2 million doesn’t sound such a big deal does it?

It may be an indictment of football’s bloated bubble that you can make any kind of argument for paying a footballer £400,000 per week, but here we are. Where all this will end up is anyone’s guess. How long before we are debating the merits of the first £1 million per week contract, and is any of this sustainable? I doubt it.

However, the cold hard reality is that allowing Salah to leave potentially on a free transfer in 18 months time would be criminally negligent in footballing terms, and, assuming the club isn’t planning a period of mediocrity to follow the exuberance of the last five years, giving Salah what he wants is, amazingly, the least expensive option.

In the build-up to his side’s rout of the club’s bitterest rivals, Jurgen Klopp teased that Mohamed Salah can get even better. That’s a frightening prospect for our opponents.

Even more terrifying for us is the prospect that he may hit his best form wearing the shirt of another team. We can only pray that this doesn’t happen and as the boss suggested, we see the Egyptian King hit the pinnacle with a Liverbird on his chest.

Get it done Liverpool, there is no alternative.