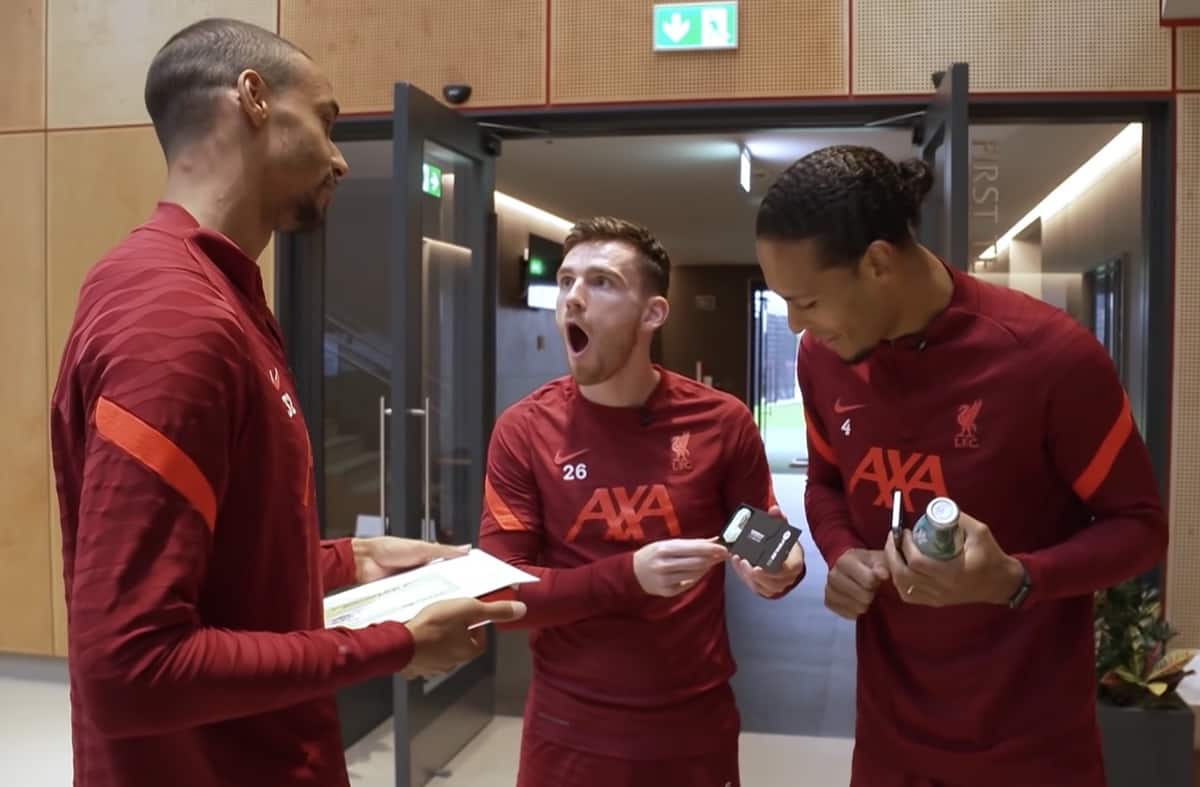 Andy Robertson and Virgil van Dijk were tasked with revealing the latest FIFA ratings to the Liverpool squad, taking the opportunity to troll Joel Matip in the process.

Every year, the release of the latest FIFA game has both players and fans talking, with the ratings of every player scrutinised.

With FIFA 22 now out, the Liverpool squad have discovered their ratings – and Van Dijk has been downgraded from a 90 to an 89 along with Mohamed Salah, Alisson and Sadio Mane.

The highest-rated player on the game is Lionel Messi, at 93, with Robert Lewandowski (92) second and nine others considered better than any of Jurgen Klopp‘s Reds.

In reality, performances on the pitch are the only important thing, but with many players avid FIFA fans, it is still a lighthearted point of contention.

This showed as Robertson and Van Dijk went around Kirkby handing out copies of FIFA 22 to the squad along with each player’s individual rating.

Mane was “not happy” with his drop to 89, while Joe Gomez said it’s a “shambles” that he is rated at 82 and Curtis Jones was not surprised that his card was a silver at 73.

Jordan Henderson clearly does not care for FIFA, and Robertson pointed out that he should be a centre-back on the new game after his exploits last season.

The highlight of the reveal video comes when Robertson and Van Dijk finally catch up with Matip, though like Henderson he had no interest in his rating.

“He should be the best player in the game,” the left-back joked, with Van Dijk adding: “How underrated he is is a crime.”

While FIFA is far from the most exciting part of modern football, it is always great to get behind-the-scenes footage of life at Kirkby, with morale high in a Liverpool squad full of characters. 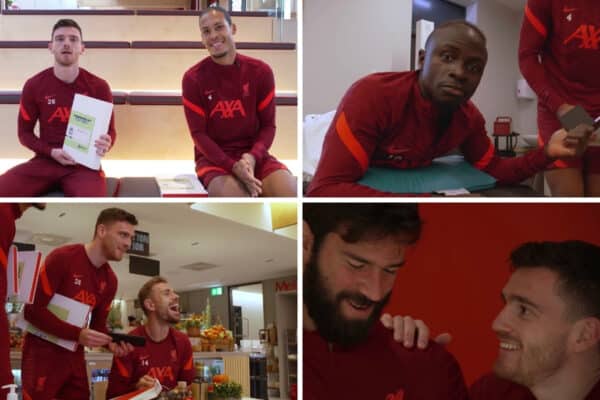