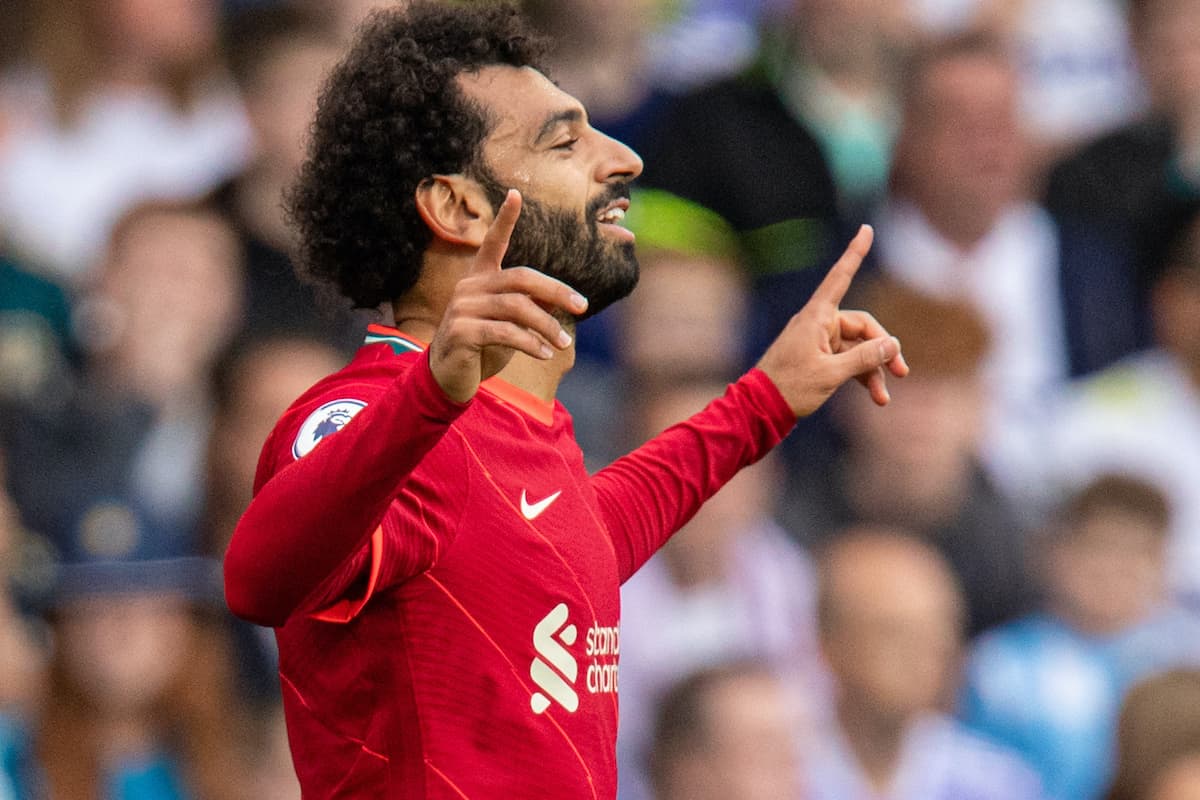 Mohamed Salah responded to Sunday’s 2-2 draw with Premier League rivals with a vow that Liverpool “have what it takes” to challenge for the title again this season.

Salah was the driving force behind the Reds’ fightback against City, having begun poorly only to score first as the Egyptian put Sadio Mane through.

Though Phil Foden levelled the scores later on, a stunning solo strike from Salah restored the lead, only to be cancelled out by a Kevin De Bruyne effort soon after.

Speaking after the game, Jurgen Klopp lauded his No. 11, saying: “Only the best players in the world score goals like this.”

The 29-year-old is, undoubtedly, one of the world’s leading talents, and on current form is arguably the best player at any level of the sport, ahead of both Lionel Messi and Cristiano Ronaldo.

His elite mentality has spurred him on from disappointment at Chelsea to become a Premier League great with Liverpool, and this shone through as he took to Instagram in reaction to the result.

“We really wanted to win this one but we’re still in the game,” Salah told his 44.1 million followers.

“We’re going for the title and we have what it takes.”

It is a bold statement from Salah, and there is a real conviction to it as the Liverpool forward has made a habit of delivering on his promises to supporters.

Back in February, following a 3-1 defeat to Leicester that brought the Reds’ fifth loss in a run of 10 games and only two wins, Salah told fans: “We will not allow this season to be defined by the recent results we’ve had.”

“That is my promise to all of you,” he added.

It’s been a tough period for many reasons. We are champions and we will fight like champions, until the very end. We will not allow this season to be defined by the recent results we’ve had. That is my promise to all of you. pic.twitter.com/gqITQfp1ua

The result at the King Power had left Liverpool sixth, and though defeats to Everton, Chelsea and Fulham came in the next four league games, Klopp’s side then embarked on a 10-game unbeaten run.

Salah scored five goals and laid on two assists during that stretch, with eight wins and two draws lifting the Reds to a third-placed finish and a place in the Champions League.

Against all odds, the Reds fought like champions and produced a positive end to the campaign, and this time around, Salah is setting his sights higher – with another Premier League title.

It may be too early in the season to judge, but the Egyptian King keeps his promises.