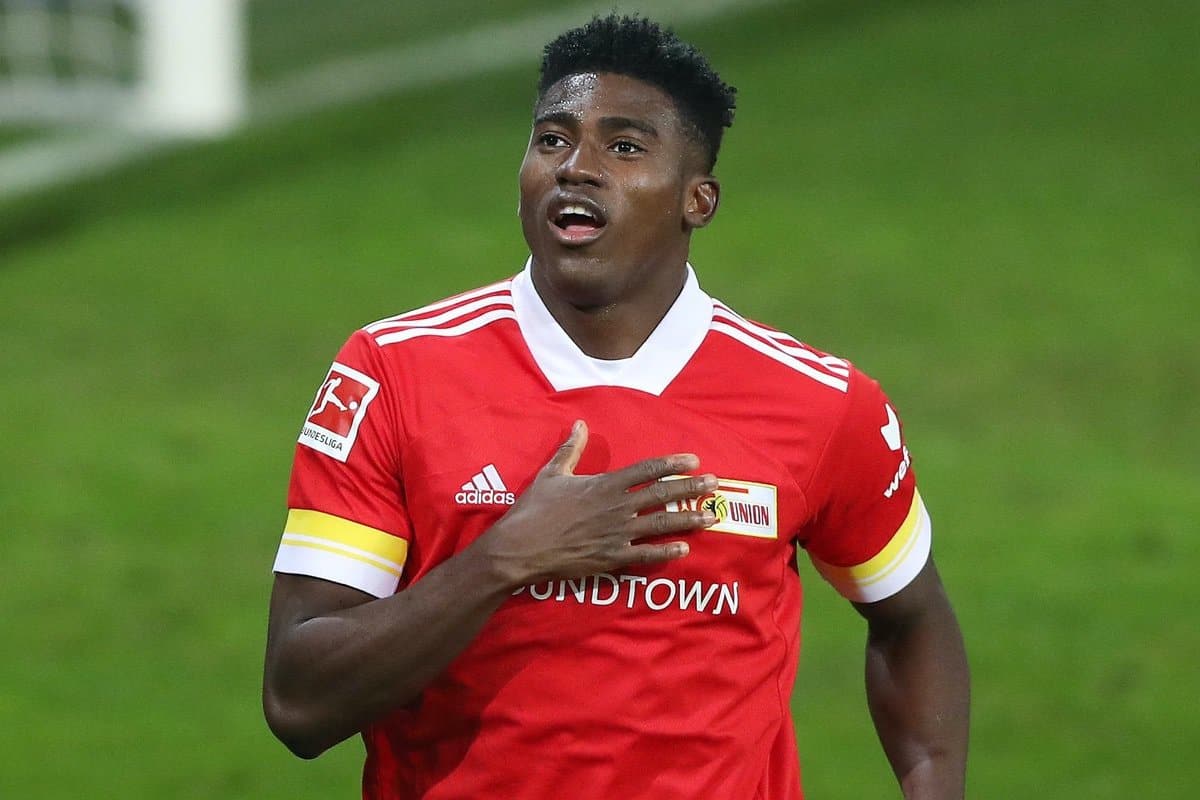 Taiwo Awoniyi has received his first senior call-up for Nigeria, after scoring eight goals in 12 games since leaving Liverpool for Union Berlin in a £6.5 million deal.

Awoniyi departed the Reds in July after six years on the books but with no appearances to his name, having spent his entire time out on loan.

Spells with FSV Frankfurt, NEC Nijmegen, Royal Excel Mouscron, KAA Gent, Mainz and then Union Berlin helped shape him as a player, and earn a permanent move to Berlin.

The striker has hit an excellent run of form in Germany, scoring eight goals and laying on two assists in 12 appearances for Union so far, including a match-winning brace against former club Mainz last time out.

Now, Awoniyi is part of the senior Nigeria squad for the first time, called up for this month’s World Cup qualifiers against the Central African Republic following an injury to Terem Moffi.

It remains to be seen whether Awoniyi will feature in either of the qualifiers, which take place on Thursday and Sunday, but he certainly deserves an opportunity.

But while he has been in fine form since leaving Liverpool, it is still unlikely he would have been afforded many chances under Jurgen Klopp this season.

Diogo Jota and Roberto Firmino are vying for a first-choice role up front, while Divock Origi and Takumi Minamino are also options if needed.

Instead, Awoniyi’s impressive rise with Union and Nigeria will be welcomed at Anfield due to a 10 percent sell-on clause being agreed as part of the £6.5 million deal that sealed his exit.