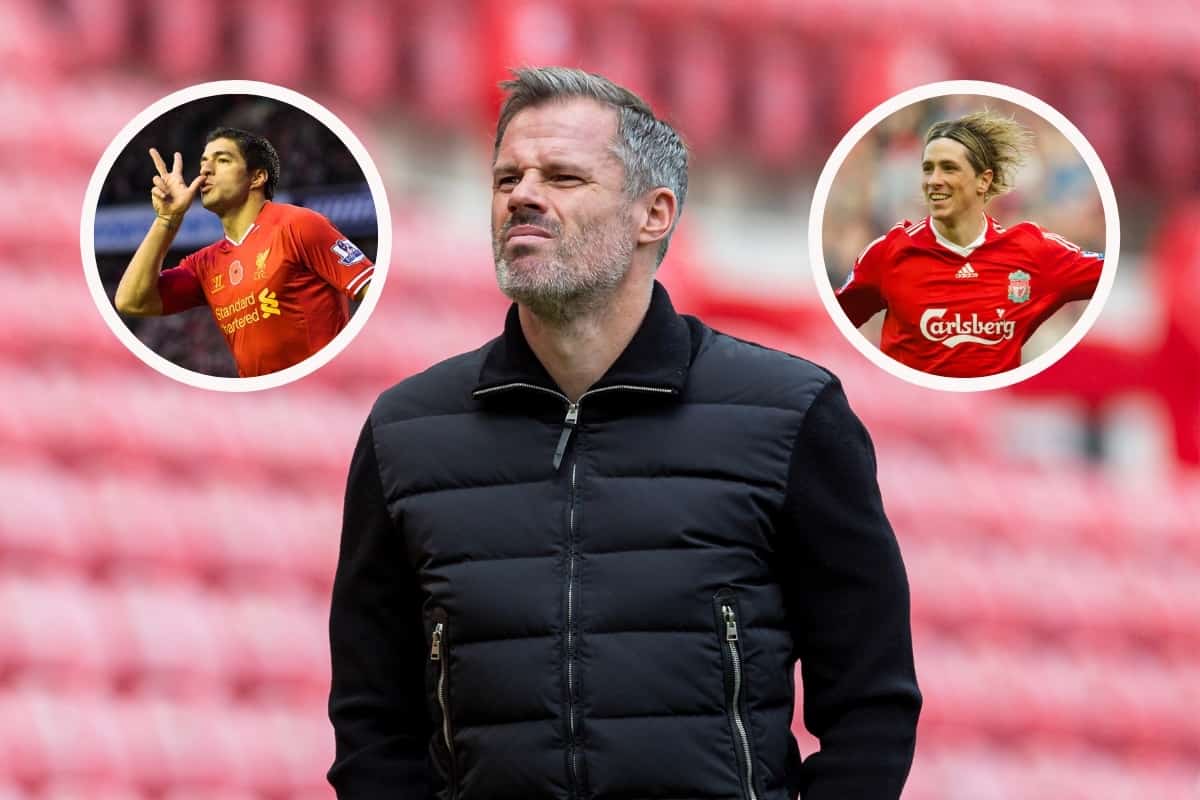 Liverpool have not been short of world-class forwards donning the badge and gracing the Anfield turf, with Fernando Torres and Luis Suarez just two in recent memory – but if you had to, who would you pick from the two?

In four years at Liverpool, Torres notched 81 goals and 20 assists in 142 games and would ultimately break hearts as he swapped Merseyside for Stamford Bridge.

Suarez, on the other hand, found the net 82 times and set up 47 goals in 133 appearances across three and a half seasons, before making the move to Spain.

Neither experienced trophy-laden years at Liverpool as they did elsewhere in their careers, but they did inject pure joy into Reds’ hearts as they consistently put their skills on show.

Jamie Carragher had the privilege to play alongside both, 129 times with Torres and 65 with the former No. 7, and there was a clear winner when asked by Gary Neville to choose one or the other. 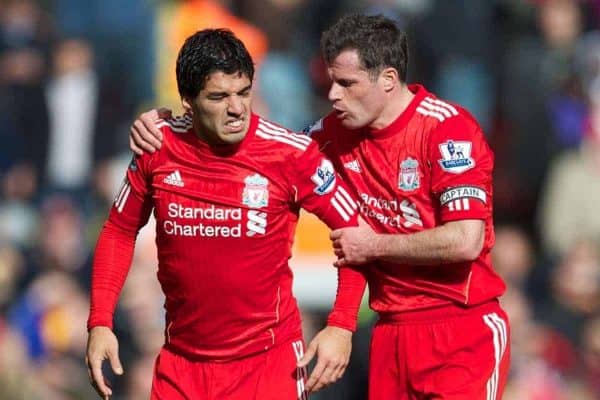 “I actually think he was the best centre-forward in the world for like three or four years. Not just at Liverpool, but what he did at Barcelona for the next two or three years.

“He then leaves Barcelona and wins LaLiga with Atletico Madrid, he gets to the semi-final of the World Cup with Uruguay. Everywhere he goes, he takes that team…[higher].

“That Liverpool team that nearly won the league was an average team. He nearly single-handedly took them to the league. That’s what he does with every team he goes to.”

They were both tremendous in their own unique ways for Liverpool, making it incredibly hard to pick one ahead of the other – but it’s certainly difficult to argue with Carragher here.