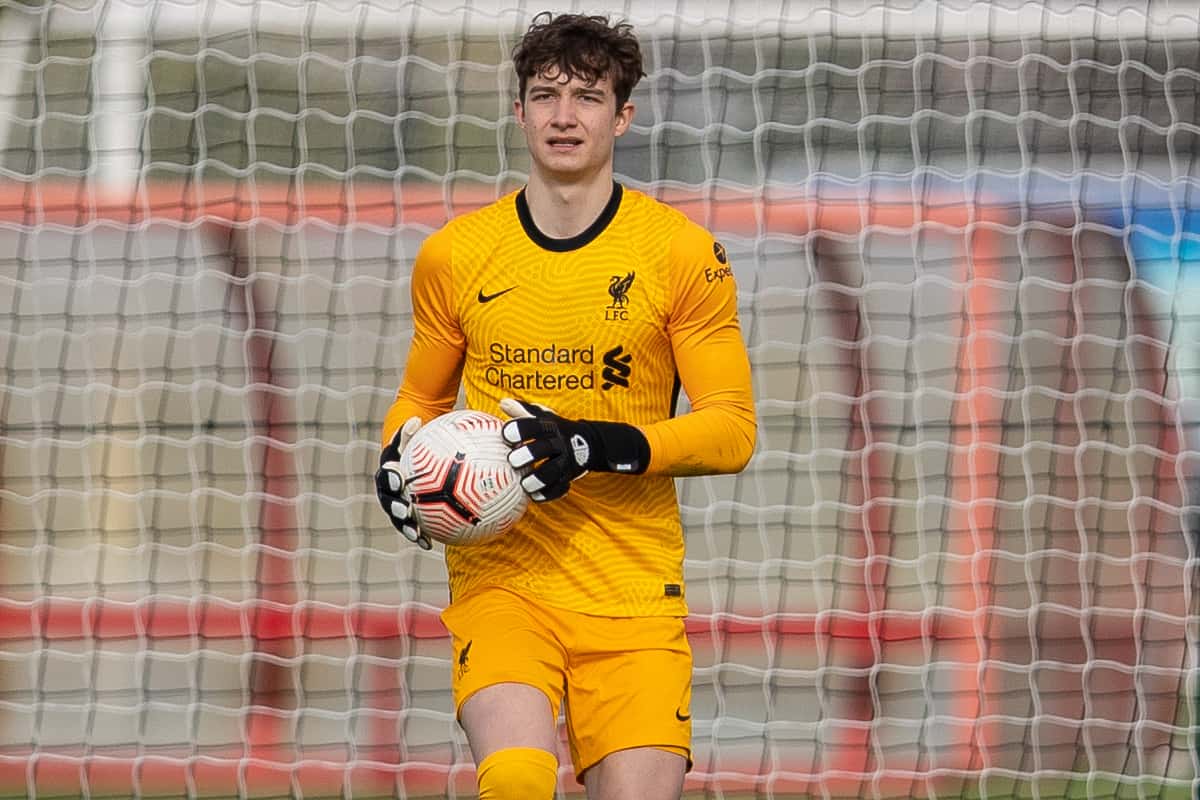 Liverpool were short of numbers for their first training sessions this week, allowing Jurgen Klopp to draft in a new face from the academy for his goalkeeper group.

Due to 14 senior players being called up for international duty this month, and a handful of others finding themselves out injured, it was a quiet return to Kirkby for Klopp.

After a short break that saw him head to Barcelona, the Reds manager oversaw the start of preparations for this weekend’s trip to Watford in the Premier League.

Trent Alexander-Arnold was among the group, which was largely comprised of centre-backs, with Joel Matip, Joe Gomez, Ibrahima Konate and Nat Phillips all involved.

Goalkeeping coaches John Achterberg and Jack Robinson worked with a three-strong group, but were without both Alisson and Caoimhin Kelleher, along with youngster Harvey Davies. 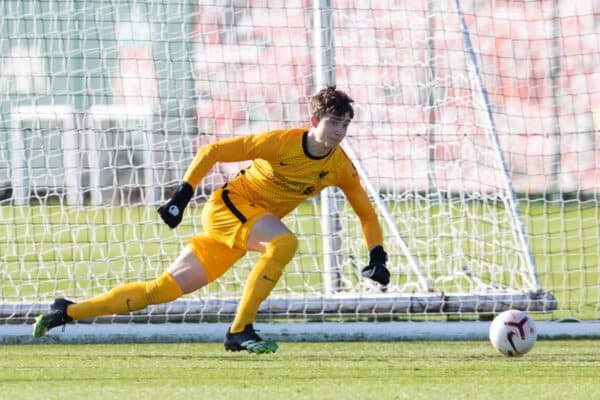 Mrozek joined Liverpool from FC Wroclaw in 2020, after a successful trial that saw him work with the first team and, bizarrely, take part in a meet-and-greet with fans at Melwood.

Prior to Kamil Grabara‘s exit to FC Copenhagen, Mrozek was the third Polish goalkeeper on the books at Liverpool, with Jakub Ojrzynski also following in the footsteps of Jerzy Dudek.

In his first campaign on Merseyside, Mrozek made nine appearances for the under-18s, keeping three clean sheets, and he has remained part of Marc Bridge-Wilkinson’s side this term, though he has been limited to two outings so far.

This has come due to both Davies and Pitaluga gaining further experience through the age groups, but Mrozek’s time working with the senior squad at Kirkby could work in his favour.

It certainly helped for Davies last season, with the Scouser rarely featuring for the academy sides prior to his surprise involvement for Champions League clashes with RB Leipzig and Real Madrid.

Now, Davies is a regular with the under-19s and under-21s as well as the U18s, with Mrozek no doubt hoping to follow a similar trajectory in the months to come.