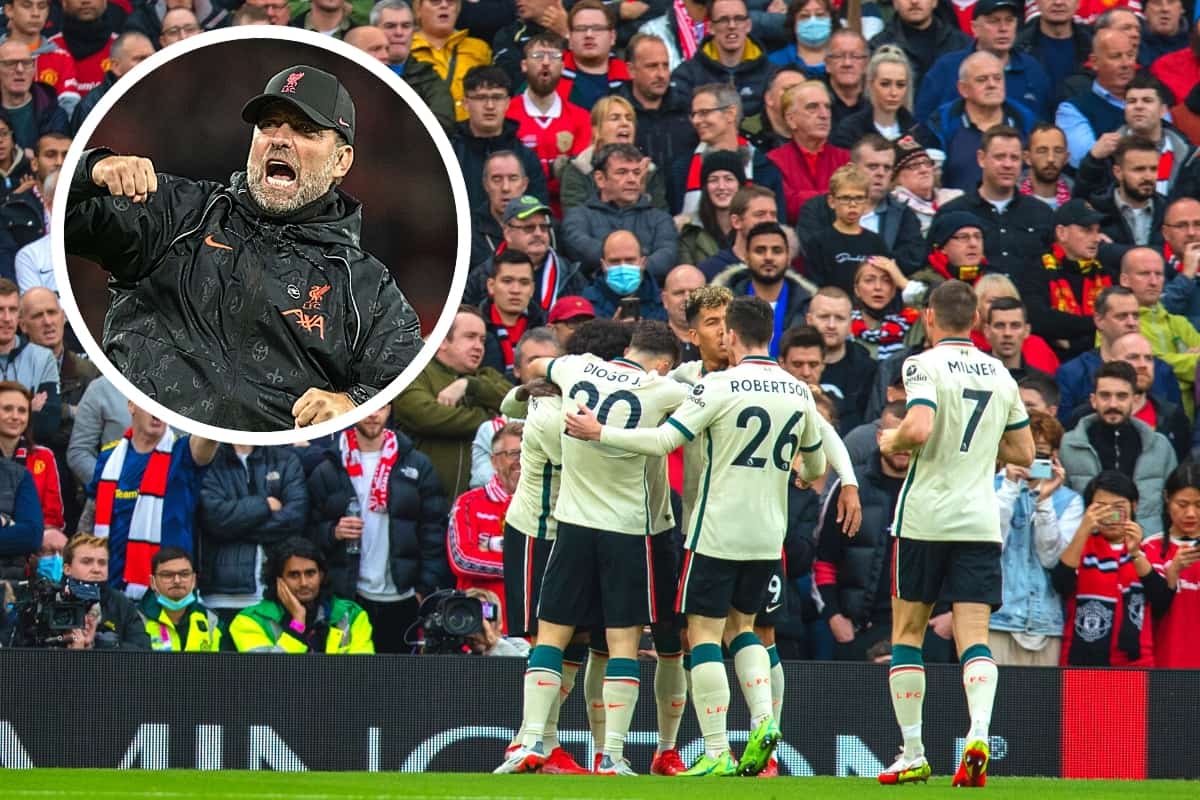 Liverpool’s squad thoroughly enjoyed the win over Manchester United at the weekend and rightly so – but Pep Lijnders has pointed out what makes this side so relentless after it.

The Reds have been in thunderous form of late, swatting teams aside, scoring plenty and showing similarly unstoppable form to that of the 19/20 campaign which saw them go on to win the Premier League.

A 5-0 win at Old Trafford was a massive statement of intent, as much as it was a performance which put the deficiencies of their rivals under the microscope.

Lijnders was asked in his pre-Preston press conference how the celebrations went in the dressing room at full-time on Sunday and what the feeling among the squad was – and he made clear that it was a huge moment the team recognised as being significant…and loud!

“You know at Atletico when they scored for 2-2?,” he replied.

“In Madrid, everyone who was there can know the sound of the stadium. The sound in the dressing room was like in Madrid when they scored the 2-2! 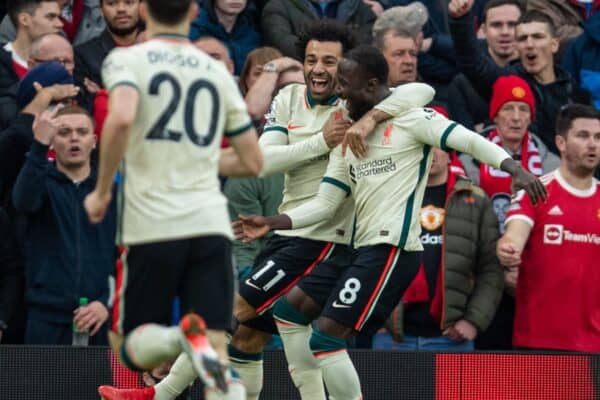 “I don’t know who bought the new speaker, but we have a new speaker, it’s good! I think they could hear us in Liverpool!

“Like the gaffer always says, I don’t want to make it bigger – but it was a big one.”

But despite the importance of the win and the context of it being a thumping of a perceived rival, professionalism and knowledge that the next big challenge is always just around the corner holds sway over everything else at Anfield.

That’s what pushes the team on to clock up win after win, Lijnders added, with the focus swiftly turning to the League Cup and beyond after the celebrations died down.

“We have to do the session after the game right, the recovery process right for the players who played and prepare the team who is playing against Preston.

It’ll be a much-changed side which takes on the Championship outfit, but the approach and the style will be exactly the same – and, most importantly, so will be the expectations.