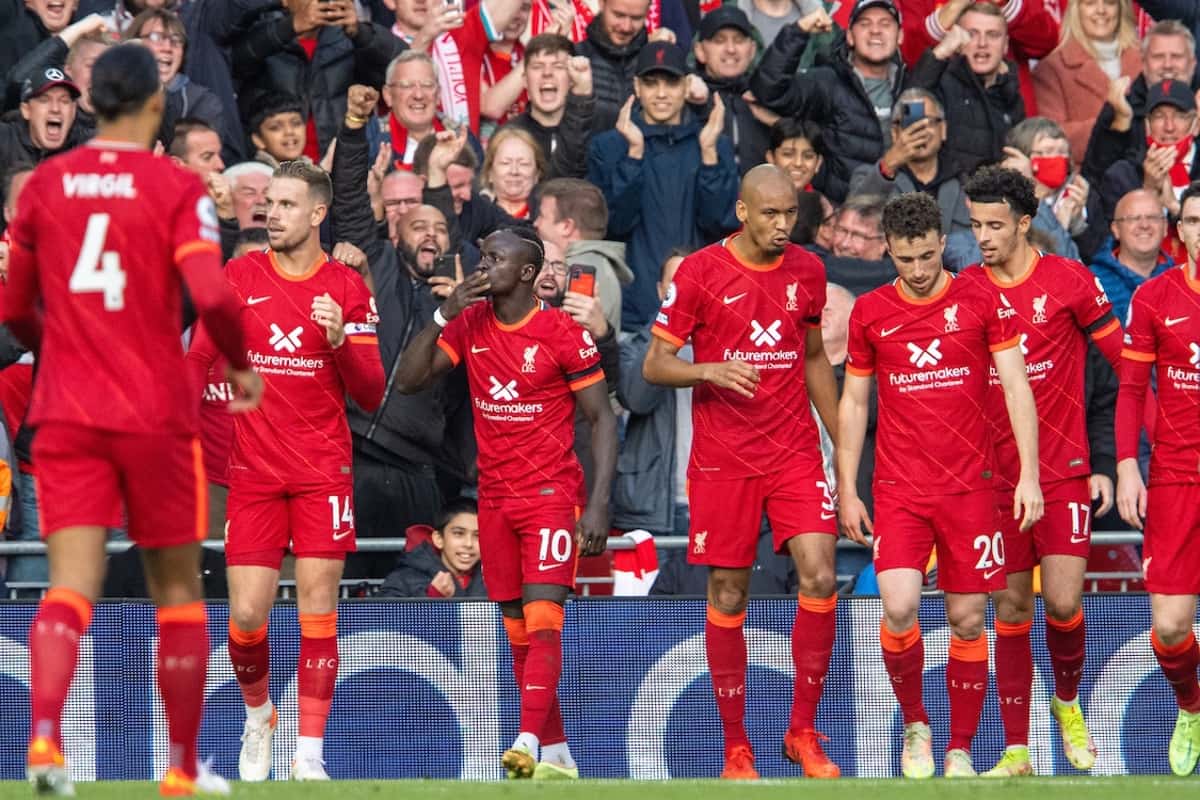 There was a sense of frustration from both Virgil van Dijk and Jordan Henderson as Liverpool assessed their 2-2 draw with Man City, after Mo Salah‘s “absolute worldie.”

The Reds were the better side for much of the second half at Anfield, but Phil Foden and Kevin De Bruyne cancelled out strikes from Sadio Mane and Salah to earn a share of the points.

While Liverpool were convincing in their display after the break, the manner in which City dominated before half-time, as well as getting those equalisers, ensures it was a fair result for both sides.

However, within Jurgen Klopp‘s squad the disappointment was difficult to hide, with Henderson talking to LFCTV after the game:

“It is a little bit of a frustration, especially when you go second time in the lead with 10 or 12 minutes left on the clock.

“I think we can see the game out better. But overall, we’ve got to learn from our mistakes.

“It’s not the end of the world, there’s still a long way to go, take the positives, learn from the things we didn’t do so well and do better in the next game.”

Henderson remains positive in his outlook, though when put to him that Liverpool would be happy with a draw against a title rival if all three points were out of their reach, the captain was unsure:

“Potentially, but for us it’s just about taking each game as it comes, going for the win every time we play, because we’re capable of winning games.

“But sometimes that’s football. You’ve got to move on, learn from it and be better in the next one.”

Van Dijk took a similar stance, describing it as a “missed opportunity” for Liverpool, rather than a point gained after a sloppy start:

Andy Robertson agreed, insisting it was “not the result we wanted”:

Curtis Jones, however, saw the positives from sealing a draw, though acknowledging that Liverpool have “work to do”:

For Diogo Jota, Fabinho and James Milner, the support at Anfield was a real highpoint, however Milner rued the inability to “match the atmosphere”:

Disappointing not to get the 3 points after an absolute worldie from Mo. But our performance didn’t quite match the atmosphere. We keep working #YNWA pic.twitter.com/8DdycyEy4s

Milner was right to laud Salah for scoring an “absolute worldie,” with the Egyptian taking to Instagram to make a pledge to fans that Liverpool “have what it takes” to win the title:

It shows the belief throughout the Liverpool squad that they are not happy with just a point at home to City, who remain their closest rivals for the Premier League title.

With Salah setting the example, they can look to build on this result and keep the momentum going after taking 15 points from a possible 21 heading into the international break.